When MPs (and journalists) should not use their own phones

Watch out, MPs and journalists: the AFP may be tracking your phone calls. Whistleblowers and leakers run the risk of being tracked down if they call an MP or a journo. 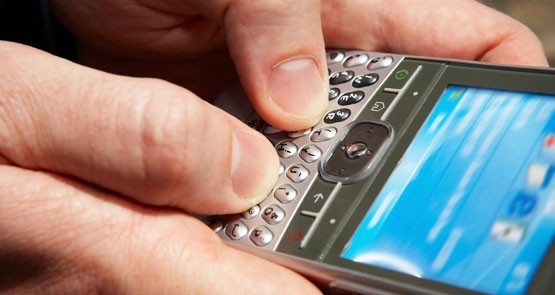 Australian Federal Police access details of parliamentarians’ phone records in order to track down leakers, the AFP admitted to a Senate committee shortly before the election.

In a response to the Senate’s Legal and Constitutional Affairs Committee provided just before the election was called, the AFP answered a question from South Australian Senator Nick Xenophon about whether MPs and senators were targeted by the AFP in leak investigations, saying:

“… for reasons of operational security the AFP does not disclose specific operational information to ensure integrity of its investigations, however the AFP can disclose there have been occasions where members of Parliament have been the subject to Authorisation Orders.”

The response followed questioning by Xenophon at budget estimates earlier this year in which the AFP readily stated it obtains telecommunications data of journalists as part of investigations into leaks under sections 70 and 79 of the Commonwealth Crimes Act. Over the last two years, the AFP was asked to conduct 10 leak investigations, pursued six of those and was considering pursuing a seventh, Xenophon was told. “We will know the numbers they [journalists] have called. Whether or not we have gone to the next step of making further requests under section 178 to find out who those numbers belong to is a matter for the investigations team on a case-by-case basis,” Deputy Commissioner Michael Phelan told the committee.

The push by federal and state law enforcement and security agencies for data retention is partly motivated by concerns that telecommunications companies no longer need to retain data such as called numbers for billing purposes, and thus are not bothering to store it. Data retained under the European Union’s data retention directive has been used by Polish authorities to track down whistleblowers.

Any journalist whose data has been obtained by the AFP won’t be aware of it, Commissioner Tony Negus told Xenophon. But he suggested journalists simply not use their phones to talk to whistleblowers and leakers. “[I]in my experience, most journalists are astute enough not use their own telephones when they are doing this sort of stuff.”

However, it appears that if whistleblowers prefer to take sensitive information to MPs or senators rather than the public forum of the media, they will be no safer. Political staffers have previously been targeted by AFP raids — most notably Fairfax reporter Philip Dorling when he advised Labor’s Laurie Brereton — but MPs and senators themselves have no protection from investigation by the AFP. Their phone records can be obtained as easily by police as those of anyone else — and they have been.

Call me a cynic, but should the Coalition worry about the AFP checking their phones? After all, they are on the same side.

Journalists, the ALP, Greens, everyone else etc….OK, very good points.

What ever you do, Bernard, don’t call me and Julie.

Please use only courier-pigeon, preferably Blue Bar or Black check. The occasional Choc Speckle is ok, but they tend to be a bit unreliable.

Or, you can also use paper aeroplanes with the messages written underneath the wings. The AFP never look under the wings.

If all these methods fail, as you know, we can always attach a long piece of string between to empty peach cans between Canberra and Frankston and communicate that way.

But failing even that, Julie has volunteered to be a runner between the trenches. She is actually a very fast runner, particularly when she is being shot at…practise makes perfect.

“No longer need to retain data such as called numbers for billing purposes?” Well I dare say one excuse is as good as another. Where’s all this Democracy Australia is meant to be on about?

KEVIN & JULIE HARRIS: The only problem with your idea is Carrier Pigeons can be shot.