WA economy leads, but other states catching up 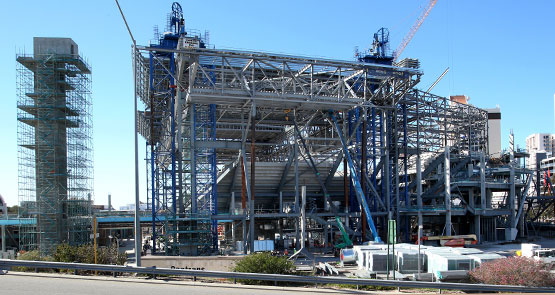 Western Australia has once again outdone the other states and territories in terms of economic strength, but it may be one of its last stints on top as the mining boom comes to an end.

WA is leading the way in terms of retail trade and is the second strongest economy when it comes to growth and business investment, according to CommSec’s State of the States report. But CommSec chief economist Craig James told SmartCompany WA may not be leading the states and territories for much longer.

“I don’t think any state or territory stays at the top forever — it’s just like no sports team does either,” he says. “There is a maturation of the growth and there are different growth drivers. Mining investment has lessened and that’s taken some momentum away.”

Last April, WA was leading the way in five out of the eight categories examined by CommSec —  economic growth, construction work, unemployment, retail trade and equipment investment. It also came second in the population growth category. Now, it leads just one category, although it ranked second on another five of the indicators.

“The actual strength in Western Australia is not the mining sector, but retail spending as we’re seeing a pickup in terms of the housing sector, and that’s being replicated through in terms of job growth and also retail sales,” James said when presenting the results.

In terms of the other states and territories, the Australian Capital Territory came in second for the second quarter in a row and there is now little separation between the Northern Territory, Queensland, New South Wales and Victoria, which ranked in that order. South Australia and Tasmania are trailing significantly.

The second best performer in the economy, the ACT’s strength is in the housing sector, dwelling starts, population growth and housing finance. It is also ranked third on business investment and fourth in terms of economic growth. In terms of employment, the ACT’s unemployment rate of 4.1% is lower than the other states and territories. However, it’s significantly up on its decade average of 3.4%.

The Northern Territory has come in third on the rankings, but it has lost ground in dwelling starts, population growth and business investment. It continues to lead the states and territories in the economic growth category, with its economic activity 42% above its decade-average.

Queensland is “the big mover” this quarter, according to James. It and NSW are now in equal fourth, as the Sunshine State’s main growth driver has come from improvements in business investment. Despite this, it is still lagging in terms of housing pickup.

“Queensland has momentum on its side, but it’s still lacking in terms of population growth. Dwelling starts are also picking up and business investment is strong, so this provides momentum to the economy,” James told SmartCompany.

The key strength of the NSW economy is its jobs market, while it lags in terms of economic growth. NSW’s trend unemployment rate is higher than a lot of the nation at 5.5%. However, this is significantly lower than its decade average of 9%.

Victoria is not far behind NSW and Queensland, and is currently being supported by the housing sector recovery. It’s also performing well in terms of its jobs market, but the construction sector is negatively impacting the economy, with Victoria ranking seventh of eight.

A big gap exists between South Australia and Victoria, with its best performance a middle-ranking in the construction category. It ranked second last in most of the categories.

Tasmania was by far the worst performing state. While most states had a clear weakness, Tasmania was listed on the report as “various”.

Placing last on all eight economic indicators, stagnant population growth has reduced activity in the housing sector, as well as commercial and engineering construction and business investment.

Share madness: the market has been here before and it didn’t end well…

Ask the economists: would SEZs tune our three-speed economy?

ACT may be up now but a post-Howard late 90s style recession is likely to be on its way if Abbott gets even half the public sector cuts he’s going for.

Both uses of ‘terms of’ in this piece are redundant, should be deleted and should be eschewed in all future writing. ‘In relation to’ should also be banished in favour of the relevant preposition.

“The actual strength in Western Australia is not the mining sector, but retail spending as we’re seeing a pickup in terms of the housing sector, and that’s being replicated through in terms of job growth and also retail sales,”

I am glad you see these sectors as sufficiently independent to separate them so clearly. – to to make much meaning. I do not.

It’s mining – stupid! Just wait until China reports negative GDP growth (WA business in China openly say the ‘gist’ is up, Mining will thus pause (new projects – do to hold) hence job growth and security is no longer in surplus, this will impact everyone so building and retail sales also retreat. This process happens FAST!

In all booms, and this one has been a great won that’s for sure, those who no no better and also, memories become distant. Normal. The government, business sectors or their media lapdogs can stomach the idea. So they come up with stories of why ‘gravity’ is not the same because of this and that.

A sew such headlines and 1 or 2 signs of business retreating, putting of projects and economic date showing the trend is down – things change just like “that” – remember its expectations that leads reality. We believe in our own reality too much.

The only sector able to stay strong on its own and grow and compete internationally is mining – if commodity prices permit – and I do not know if this Mid-East business is good or bad for us? Wars that get to big screw everyone bar a few supply corporations.