In a country with a long history of bushfires it takes more that a statement by a politician to convince most people that a weather event is definitely part of a climate one.

No point preaching to the converted. I got more than my normal number of comments from readers after my little Chunky Bit on Friday suggesting that Adam Bandt was too quick off the mark linking bushfires to global warming so perhaps an explanation is called for.

Clearly my critics had not noted, or disagreed with, this item from the day before as its argument is central to the comment about the political timing of the Greens member being wrong. As I wrote on Friday:

New York Times columnist Paul Krugman refers his readers this morning to research from some years ago that helps explain why facts not only don’t win arguments, they make people on the wrong side dig in even deeper: “When your deepest convictions are challenged by contradictory evidence, your beliefs get stronger.”

And I am sure that when fires are still raging those without deep convictions are prone to dismiss glib assertions of cause and effect as well. In a country with a long history of bushfires it takes more that a statement by a politician to convince most people that a weather event is definitely part of a climate one.

Even handed voters. There was something quite reassuring about the trouncing given to the NSW Liberal Government in the weekend’s byelection. Voters treated the shenanigans of Liberals in Miranda with their involvement with lobbyists and property developers in the same fashion with which voters statewide through out a similarly tarnished Labor government at the last general election.

The ticket clippers. What a comfortable oligopoly the four major audit firms share between them. Despite all the talk since the financial crash of 2008 to limit the cosy relationship between auditors and those they are supposed to audit nothing really has changed.

There’s an excellent summary of why regulators and clients can’t break the audit oligopoly on the Quartz website.

Depriving women of the vote. In Texas Republicans are worried that their moves to restrict abortion will come unstuck because of the popularity of the Democrat state senator whose filibuster earlier this year made news worldwide.

Hence a new strategy to prevent women from voting.

Think Progress reports that as of November 5, Texans must show a photo ID with their up-to-date legal name. It sounds like such a small thing, but according to the Brennan Center for Justice, only 66% of voting age women have ready access to a photo document that will attest to proof of citizenship. This is largely because young women have not updated their documents with their married names, a circumstance that doesn’t affect male voters in any significant way. Suddenly 34% of women voters are scrambling for an acceptable ID, while 99% of men are home free.

As of November 5, a birth certificate is not enough. Women voters will have to show legal proof of a name change: a marriage license, a divorce decree, or court ordered change; and they have to be the original documents. No photocopies allowed. This means thousands of women face the hassle of figuring out what they need and how to get it. Then they face at least a $20 fee, more if a woman doesn’t have the time to stand in line and wants it mailed. As a result, many women who are eligible to vote, won’t.

The cautionary maxim of Daily Beast writer Clive Irving’s “Stasi principle” remains valid: “A state’s appetite for collecting intelligence expands in direct relationship to its technical ability to do so.”
Harold Evans writing on why the media has a duty to scrutinise the use of power. 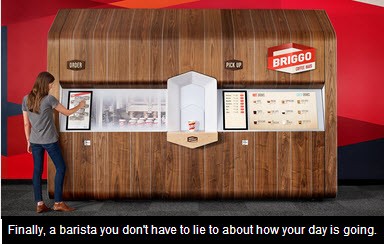 RE depriving women of the vote: I think what you will see and escalation of women who won’t legally change their names. Why bother with the hassle.

If Labor had lost a State seat with 25% swing, the mainstream media would have been blamed Rudd/Gillard. Funny what a difference an election makes.

In your ‘Even handed voters’ comment toy you say “….in the same fashion with which voters statewide through out a similarly tarnished Labor government….”

Top of the morning to yough,
Grammatical errors are fough,
I really must say
You spoilt that today
With the way that the voters through.

@Delerious I totally agree. I didn’t change my surname when I married and now am happily divorced without said unwanted surname. I don’t get why a lot of them still do it. That said, didn’t Sarah Silverman do a video during the last prez election telling voters without photo id to get a gun license which has all the info needed and at not a great cost!

So in the planned Texas, Wendy Davis will “Filly-buster”?