Anwar Ibrahim’s visit to Adelaide last weekend was an expert exercise in campaign politics, and showed that Malaysians in Australia want political debate as much as they want education. Academic Dr Amrita Malhi was there. 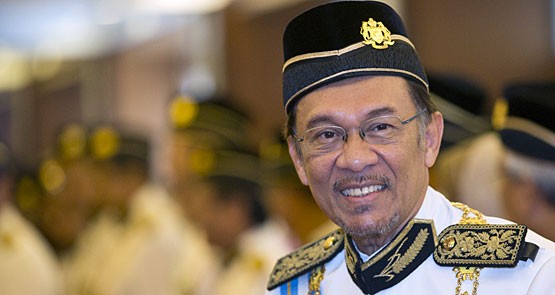 Since Malaysia’s contested election result in May, much has been written on the machine-like character of the ruling National Front coalition.

Yet last weekend, a different Malaysian machine rolled through town — that of opposition leader Anwar Ibrahim, who spoke at the Adelaide Festival of Ideas.

Anwar’s coalition is the People’s Alliance and his visit revealed that the Malaysian scene has changed, both thoroughly and permanently.

This change was amply demonstrated by Anwar’s relationship with Malaysians living here and his expert use of three forums closed to him at home. These were the media, the campus, and the mosque.

Anwar spoke to an audience of around 1000 at the main festival event, with many more turned away at the door. Perhaps half the diverse crowd were Malaysian students and graduates. Around 50 students protested outside, defying a Malaysian government email directing its scholarship holders not to attend.

The email was quickly spun into a public relations coup for Anwar, of the kind money could never buy. Its circulation drove up audiences at his events, and handed him a platform for critiquing the National Front. It also gave him a chance to hint that the Australian government has failed to sufficiently hedge its bets away from the Malaysian government and towards the People’s Alliance.

Indeed, it was Anwar’s repeated contention that the People’s Alliance actually won the election, as it won 52% of the popular vote. This result, however, did not translate into sufficient seats to form a federal government, informing Anwar’s assertion that the election was stolen.

Anwar’s other activities held up for display just how many Australian interests cluster around Malaysia and Malaysians living here. Anwar’s machine ensured it devoted attention to all.

“Anwar’s various talks were examples of how the crafting of political messages has become an increasingly professional enterprise in Malaysia.”

The most obvious of these interests is that of Australian universities, their twinning-program supply chains, and their symbiotic businesses and organisations. These include providers of student accommodation, food services, and clubs and societies.

Malaysia is the third largest source of international students in SA. In an export industry valued at over $14 billion nationally in 2012 (ABS), Malaysian students are important. So are the Malaysian graduates who stay here after completing their courses.

Two side events that Anwar aimed at this constituency hosted crowds of 200-300 people. Polite, urbane and smart, these Malaysians in Australia are helping lead Malaysia’s political transformation.

Their questions and comments revealed their acute interest in ending the politics of racial and religious division, if and when they return. Even pro-government students talked about a paradigm shift: from a focus on racial and religious boundary-marking, to cooperating to deliver results (within systems of effective checks and balances).

Anwar also took his message to the Islamic Society of South Australia’s Abu Bakr Assiddiq Mosque where he spoke to at least 750 worshippers.

Everywhere he went, he advanced his overarching campaign message: that racial and religious reconciliation can help end intolerance, corruption, and low standards of governance. Having honed a versatile political stance against Malay Muslim chauvinism at home and Islamophobia in the West, Anwar was sure to support it with both Western political theory and Koranic exegesis.

Anwar’s various talks were examples of how the crafting of political messages has become an increasingly professional enterprise in Malaysia. This is an outcome of genuine electoral competition since 2008. Malaysian election results can no longer be predicted well in advance.

Doubtless for this reason, Australian politicians, too, clustered around Anwar’s visit. Senator Nick Xenophon hosted a joint press conference with Anwar the moment he landed at Adelaide airport, and later promised to defend Malaysian students’ right to free assembly in Australia. South Australian Premier Jay Weatherill also met with Anwar, and with Elizabeth Wong, the Selangor State Assembly and Executive Council Member for Tourism. The People’s Alliance currently holds Selangor, along with the Penang and Kelantan state governments.

It may now be clearer to anyone with an interest in the Malaysian-Australian community that its appetite for political debate is every bit as keen as its need for education, accommodation, and food.

The biggest winner from the weekend was clearly Anwar Ibrahim, but everyone won who travelled in his wake.

* Dr Amrita Malhi is a research fellow in the Hawke Research Institute at the University of South Australia. She is currently working on a monograph on the Caliphate, Islam and colonial Malaya