Lobbyists are all born equal, so regulate the lot 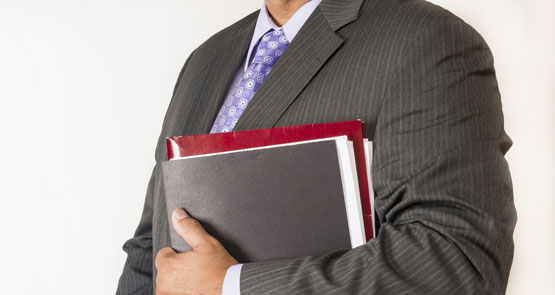 Commercial lobbying of the New South Wales government is under increasing scrutiny with a state upper house inquiry into ministerial propriety commencing hearings this week. In this environment, ministers can’t be blamed for declaring registered lobbyists shall not darken their doorstep.

While avoiding meetings with registered lobbyists lends a clean veneer to a minister’s office, the reality is that only one small class of lobbyists will be barred from contact with the minister and only under certain circumstances. So, while the ban might look good on paper, it actually runs the risk of simultaneously increasing the amount of commercial lobbying and reducing the regulation of this contact.

Although this sounds counter-intuitive, there’s a simple reason why it will occur. The much-vaunted system of lobbyist regulation, which defines lobbying behaviour and lobbyists, only applies to one type of lobbyist: those who work in a third-party consulting capacity. Not one word of it applies to the squadrons of highly paid in-house lobbyists working for Australia’s, and the world’s, biggest companies or many others undertaking commercial lobbying of government.

In-house lobbyists are likely to be exactly the same people as work for regulated lobbying firms. They’re former politicians, former staffers and, very often, senior officials of the party in power. They represent their employers’ interests into government and seek advantageous commercial outcomes from government decisions. Yet these lobbyists are not in any way regulated by any of the Australian lobbyist codes of conduct and thus go below the radar.

Ministers enjoy the political sugar-hit of taking a muscular approach to the regulation of consulting lobbyists. It plays well with a public rightly sceptical of lobbying activities. But in doing so, they’re tacitly giving the go-ahead to another class of lobbyists to work in a totally unregulated way. Certainly not what the public would want.

The current lobbyist regulation system provides a high level of probity and transparency for the community. Who is permitted to lobby, the fact they’re of good character and which companies they represent is a matter of public record. In the internet era, this is a very public record indeed. It is a valid piece of regulation that meets the public demand for integrity in our political process.

“The reality is that only one small class of lobbyists will be barred from contact with the minister and only under certain circumstances.”

However, allowing the vast bulk of commercial lobbying to go unregulated while only one class of lobbyist has an appropriately bright light shone upon it runs the risk of achieving the opposite of the regulations’ meritorious aim. Worse still, by repeatedly restricting the activities of the single regulated part of the lobbying industry, government runs the risk of driving lobbying out of the public spotlight and behind the scenes.

The current lobbying regulations provide numerous loopholes by which an individual can lobby government on behalf of business. For example, a lobbyist could take several part-time jobs with different firms and lobby government on their behalf without being covered by the regulation. Along with the thousands of in-house lobbyists, the regulations exempt lawyers, accountants and engineers. Presumably, these types of for-hire lobbyists remain welcome in ministers’ offices.

Sound public policy always begins with the desired outcome in mind. If the community and the NSW government are serious about the laudable outcome of transparency in lobbying contact between business and ministers, they’ll need to go well beyond blocking one class of lobbyist.

Individual ministers’ moves to “ban” lobbyists are not new. There were several ministers in the former Labor NSW government who took the same approach to third-party lobbyists. Part of their challenge came from their informal associations with lobbyists (generally through party circles) rather than more formal in-office contact. Do these ministers ban this contact too?

Of course, ministers are on solid ground if they wish to decline meeting business people with an interest in their work if they feel it’s commercially inappropriate. But a blanket ban on one limited corner of the massive industry of lobbying will do little to achieve such an outcome and runs the risk of creating future political and probity headaches as more lobbyists work outside the regulatory envelope.

Consistency, probity, fairness, transparency and a focus on outcomes should be a minister’s guiding light on engagement with lobbyists of all types, not glib bans.

*Justin Di Lollo is the head of government relations consulting companies for STW Group. He has been a prominent consulting lobbyist in Sydney for 15 years and is a registered lobbyist in every Australian lobbyist registration scheme.

That Lobbyists are all born equal is a moot point. Rather do the ones working for obscenely wealthy cabals-I refer to the Australian Christian(I joke) Lobby have far more clout than the bootmakers’ association.

Trying to regulate lobbyists will assist the incumbent, who want regulation. They have the access, so be ‘weary’ of reform. Lobbying is a grass roots democracy issue and government officers should be available to everyone. If government sell their souls to any industry group that’s just the system we accept. What’s the option?

CONDEL: I think the only option is an educated electorate. Trouble is, most of them don’t want to be educated; certainly not about politics.