Eleanor Catton is the youngest person ever to win the Man Booker Prize, and for the longest book. And yet the New Zealander's 832-page epic tome is still compulsively readable. 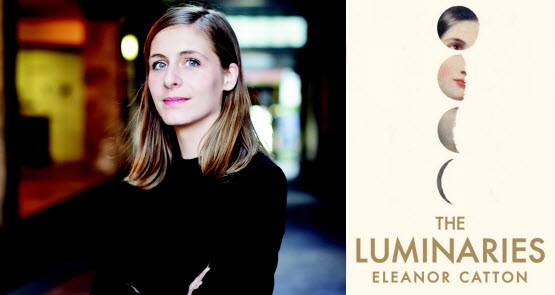 This morning, 28-year-old New Zealand author Eleanor Catton made history as the youngest author ever to win the Man Booker Prize, for her intricate tome The Luminaries. It’s been described by the judges as “a dazzling work, luminous, vast”.

Catton is only the second Kiwi author to win the prestigious literary prize after Keri Hulme, who won in 1985 for The Bone People — the year, in an interesting coincidence, Catton was born.

The Luminaries’ win is remarkable also as the longest novel ever to claim the award in its 45 year history. It’s a complex, ambitious, 832-page work in 12 sections which is guided by astrological movements and includes calligraphic astrological charts. When the shortlist was announced, chair of judges Robert Macfarlane told the press conference: “We looked for books that sought to extend the power and possibility of the form.” Catton’s work certainly does that. Macfarlane said:

“At 832 pages, it might seem like one of Henry James’ ‘big, baggy monster’ novels, but in fact it is as intricately structured as an orrery. Each section is half the length of its predecessor, right down to the final, astonishing pages. It is a book, therefore, which does things brilliantly by halves.”

Set in the 1860s in the New Zealand gold-rush town of Hokitika, the epic opens with a young man, Walter Moody, walking in upon 12 men who have met in secret to discuss a series of crimes, and follows a story of murder, a fallen woman, cliffhangers, multiple viewpoints, and conspiracies. The work winds intricately in upon itself — the 12 men in the room each represent the 12 signs of the zodiac, and the book is in 12 parts, each exactly half as long as the preceding one, which lends the lengthy work an accelerating feel.

Yet, to explain it in this way feels mechanical, and obfuscates the great pleasures of the text. This is a gripping Victorian sensation novel, deliberately and comfortingly antiquated in style — with 19th century conventions such as censoring the word “damned”; with dashes, and the third-person narrator referring to itself as “we”. It is compulsively readable.

There are multiple threads in this tale, but the reader feels in confident hands. As Macfarlane noted: “Maturity is evident in every sentence, in the rhythms and balances. It is a novel of astonishing control.”

Catton was just 25 when she began writing the work, and The Luminaries is her second novel following 2008’s The Rehearsal, which centred on an affair between a teacher and student at a secondary school. This debut itself won multiple accolades, including a shortlisting for the Guardian First Book Award and long-listing for the Orange Prize for women’s fiction.

Catton won the Booker against a diverse and global shortlist of six titles; NoViolet Bulawayo’s We Need New Names, Ruth Ozeki’s A Tale for the Time Being, Jhumpa Lahiri’s The Lowland, as well as bookie’s favourite Jim Crace’s Harvest, and (as if to balance Catton’s tome) the shortest-ever work to be shortlisted for the prize, Colm Tóibín’s novella The Testament of Mary. The latter was also tipped to win.

The announcement was made at a black tie dinner in London, where Catton was presented with the 50,000-pound ($A84,700) cheque by the Duchess of Cornwall.

This year’s Man Booker Prize marks the end of an era for the award, which until now has been open only to writers from Britain, Ireland and the Commonwealth. In a controversial rule change that has drawn strong criticism, next year the eligibility criteria has been widened to anyone writing fiction in English, which effectively means US writers will be eligible for the prize. The move is regarded by many as making the prize unevenly competitive.