This year's winner of the Walkley Award for Excellence in Photojournalism documented his journey from Kabul to Australia on a people-smuggling boat.

Walkleys for photographers: winning frame. Barat Ali Batoor fled Kabul with his camera and not much else in September last year. He documented the long journey through Thailand, Malaysia and by sea to Australia, smuggled under the deck of a boat with 92 fellow Hazara people. The boat eventually ran aground on rocks, ruining his camera, but the pictures survived — including this one that was last night named the best news frame of the year at the 2013 Walkley Awards for Excellence in Photojournalism: 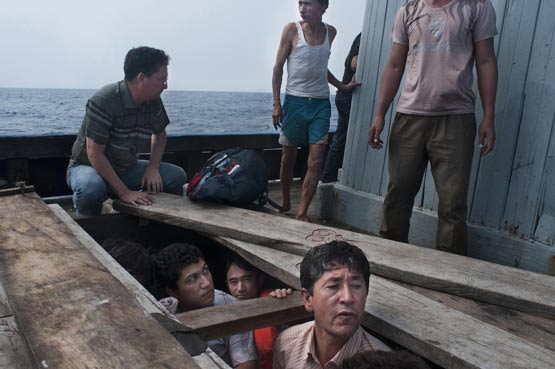 “It is a journey of sudden midnight departures, long road trips, surreptitious transactions, treks through jungles, and terror at sea,” Batoor said. “It is a journey that mixes fear, boredom and extreme loneliness. A journey that sometimes ends in joy, sometimes in despair and sometimes in death. Few people — except for the refugees themselves — ever get to see this reality. In the end, I was one of the lucky ones. Unlike most Hazaras, I was quickly found to be a refugee and resettled in Melbourne. In the meantime, I kept taking photos … my hope is that, at the very least, these pictures can tell their story.”

It’s the first time a single Photo of the Year has been awarded. Last night, finalists were named in the other snapper categories, including the prizes for news, sport, portrait and feature/essay photos along with the photographer of the year title (all nominated photos have been published on a Flickr website). That award will be fought between Brian Cassey (freelance), Kate Geraghty (Fairfax) and Quinn Rooney (Getty), with the winner announced at the Walkley Awards in Brisbane on November 28. 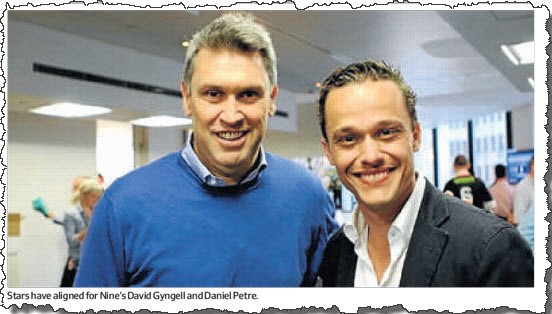 We’re unsure who the handsome chap posing with Gynge is but it certainly ain’t the Petre the Fin thinks it is. He looks more like this: 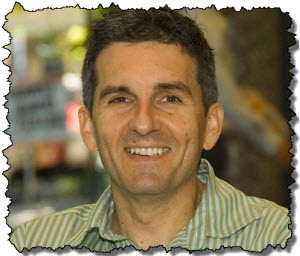 The Fin made another clanger last week in a Tony Boyd piece on Kim Williams’ demise as News Corp CEO. The piece ended with this line: “The final irony in this machiavellian drama is that Williams has been replaced by a man he mentored at Foxtel, Peter Tonagh, a former BCG consultant.” Sorry to spoil the drama, but Williams was not replaced by Tonagh [News Corp Australia’s chief operating officer] but by Murdoch veteran Julian Clarke. The piece remains uncorrected online.

Front page of the day. The latest New Yorker has a Halloween-inspired take on the US government shutdown: 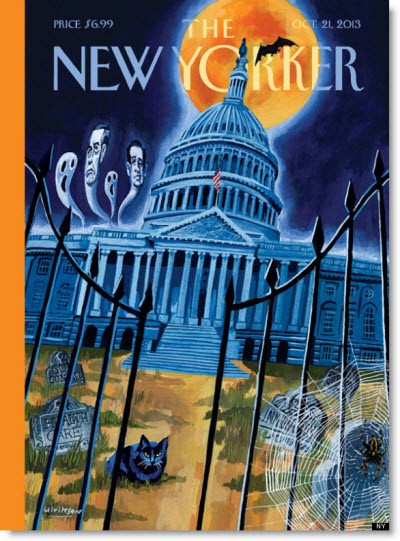 A crucial part of the media “gotcha” piece is to ensure that you, as the pointer of fingers, have your ducks in a row. The former Microsoft executive turned Fairfax adviser pictured in your story is Daniel, not David, Petre.

When will the lazy frigging media in this country get their language right.