A discordant sound travels from Wagga to world stages

Mat Schulz found a place where experimental music was brought into the fold in the Polish city of Krakow. Sanjay Fernandes catches up with him in Germany. 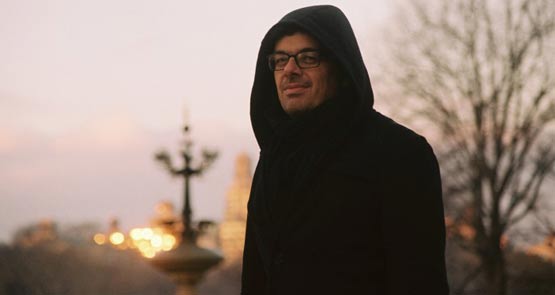 When Mat Schulz (pictured) meets me in Berlin he looks ragged. He’s spent three days as a guest of Øya music festival in Norway and he’s only in Germany for one night before he heads back to his hometown, Krakow. The fast-paced life is becoming more common — his presence is in high demand from festivals, venues and curators around the world. He is the co-founder and artistic director of Unsound, known by many as the leading new and experimental music festival.

When it began in Krakow in 2003, Unsound was a small platform for local Polish noise makers with a few international ring-ins. Ten years later Unsound, still running annually in Krakow, has curated major international events in London, New York, Minsk and Tbilisi. And this year Adelaide Festival ran three nights of Unsound programming during their March schedule.

Schulz’s story doesn’t begin in Poland, or even with music. Born in Wagga Wagga in 1969, he moved to Sydney to continue his university studies with aspirations of being a writer. Having completed his degree and his first manuscript, Claim, he left on a European jaunt in the mid-1990s, discovered Krakow and never returned home.

“Poland was a very interesting place, changing all the time and dealing with its history. It was a good place to be as a writer, though I never intended to stay as long as I have,” he told Crikey.

It was a productive time in Krakow. HarperCollins published Claim in 1996, and they also published his second novel, Zombie Field (1997), written on the back of an Australia Council grant for literature that Schulz received while in Poland. Schulz not only spent time writing, but also immersed himself in a compelling experimental arts and music scene — one that showed none of the inhibitions that might have lingered after communism. And when Unsound started in 2003 it still faced the same hardships as experimental scenes across the world.

“During the first one we got thrown out of one club mid-concert,” he recalls. “The bouncers stepped on stage because the music was driving their regular patrons away.”

Unsound’s 2013 edition will see renowned Australian experimental guitarist Oren Ambarchi perform with the Sinfonietta Cracovia. Industrial electronic artist Andy Stott will team up with intelligent dance music genre duo Demdike Stare. And minimalist American composers, Charlamagne Palestine and Rhys Chatham, will perform in a 15th century Krakovian church. They’re just a few of a long list of international performers from all over the world, including many from around Poland.

The strength of the line-up is even more impressive considering a week-long festival pass is not much more than A$70 and total sales only pay for 25-30% of the budget — the rest comes from European public cultural institutions, particularly Polish ones. Funding began trickling through in 2008 and signified “the main point of evolution”, as Schulz calls it. “This was the year that Gosia Plysa, my partner in Unsound, set up a not-for-profit foundation to run the festival independently,” he said. It allowed Schulz to pursue his mission for the festival, which he best expressed in an interview with The New York Times three years ago:

“[Unsound] makes a comment about the way that culture now doesn’t necessarily come from these precise points you’d think it would come from. That’s what this festival is about as well: disrupting preconceived notions of a lot of different types, not only about what a country or a city is, or what cultural centres are, but also what music is and how different kinds of music can be connected. That’s really at the heart of the whole enterprise.”

If Unsound is about disrupting conventional culture and ideology from the margins, who better to undertake such a project than a person from Wagga Wagga? Unsound actually has its roots in regional New South Wales. “A different incarnation of the festival first ran as part of the Wagga Space Program from 2001 and ended in 2006. It was started by my brothers and some friends,” Schulz said.

“Last time I was [in Australia] I was joking that it’s become a hot Norway. That’s fine if you’ve got a good job but it makes it harder to pursue weird creative paths that don’t pay off in the short term. It also makes it quite difficult to concentrate when people are judging your success in financial terms. So moving away to a cheaper, less consumption-driven place makes sense,” he said.

There’s a long list of influential Australian experimental artists who have moved to foreign shores and developed their craft: The Birthday Party moved to London and then shortly after to Berlin where Nick Cave and Rowland S. Howard spent time making seminal and compelling work; Oren Ambarchi lived overseas during his formative years in the ’80s and frequented New York through the early-90s; and one of the most renowned experimental artists of recent time, Ben Frost, moved from Melbourne to Iceland where he has been based since 2005.

From established sound artists to grassroots initiatives, when it comes to cultural acceptance and funding for artists working with “new and experimental media”, Australian cultural institutions are not so forthcoming. Take the This is Not Art Festival as an Australian counterpoint to Unsound. Despite TiNA’s success as an outlet for local experimental culture, it remains a relatively unknown emerging arts festival. Its founder, Marcus Westbury, has been a vocal critic of the culture of arts funding in Australia which is heavily weighted towards “heritage arts”.

Westbury calculated that in 2010 that Opera Australia received more funding from the Australia Council than the six other major art form boards combined. In 2009, in an article for Meanjin, he bemoaned funding bodies that were “based on the idea that culture comes from a relatively small number of large places”.

Explaining Schulz’s story to Westbury, he echoes a similar sentiment. “Cultural production, curation and distribution are becoming more decentralised, more diverse and globalised so it is somewhat inevitable that Australian artists with niche interest will travel, connect with or move overseas in order to find the critical mass that supports their audience,” he said.

But three nights of sold-out Unsound curation at Adelaide Festival earlier in the year suggests Australia could be part of this “decentralised” network. Experimental artists from Australia, Iceland, Germany, Britain, North America and Canada performed at a world-class event, worthy of Adelaide Festival’s large public funding.

“Obviously producing something like Unsound Krakow on its current scale in Australia would be very difficult,” Schulz said. “It’s great that Adelaide Festival invited us there this year, as they have the structure and budget that allowed us to produce something very substantial together.”

A government Unsound initiative might be a different model to its Polish-based parent, but when it comes to disrupting Unsound convention, Schulz is all for it.