Should climate change deniers be given equal space in opinion pages for their views? Not in the Los Angeles Times, it would seem.

Shorten shortens. The Labor leadership contest is getting close to toss a coin and take your pick. The Crikey Leadership Indicator now has Anthony Albanese only the slightest of favourites. 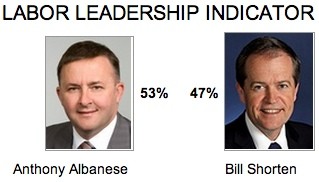 The media reports that candidate Shorten obtained a clear majority among Caucus members, combined with a Fairfax poll showing Albanese with only a narrow margin of support among Labor voters, have influenced the markets. 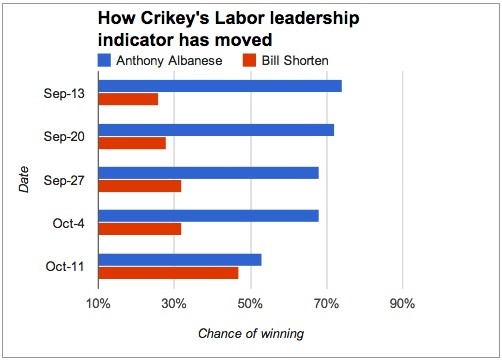 The newspaper of the very near future. When you subscribe to Britain’s Daily Telegraph:

Should Crikey follow suit? An interesting debate on the letters pages of the Los Angeles Times following a throw away line (in italics below) by the paper’s letters editor in an explanation for not featuring some points of view:

Regular readers of The Times’ Opinion pages will know that, among the few letters published over the last week that have blamed the Democrats for the government shutdown (a preponderance faulted House Republicans), none made the argument about Congress exempting itself from Obamacare.

Why? Simply put, this objection to the president’s healthcare law is based on a falsehood, and letters that have an untrue basis (for example, ones that say there’s no sign humans have caused climate change) do not get printed.

That reference to humans and the cause of climate change brought forth a harsh reaction from some readers and conservative bloggers.

Noel Sheppard at NewsBusters blogged about it over the weekend:

“It’s one thing for a news outlet to advance the as yet unproven theory of anthropogenic global warming; it’s quite another to admit that you won’t publish views that oppose it.

“As amazing as it may seem, that’s exactly what the Los Angeles Times did Saturday …”

To which the letters editor responded:

As for letters on climate change, we do get plenty from those who deny global warming. And to say they “deny” it might be an understatement: Many say climate change is a hoax, a scheme by liberals to curtail personal freedom. …

I’m no expert when it comes to our planet’s complex climate processes or any scientific field. Consequently, when deciding which letters should run among hundreds on such weighty matters as climate change, I must rely on the experts — in other words, those scientists with advanced degrees who undertake tedious research and rigorous peer review.

And those scientists have provided ample evidence that human activity is indeed linked to climate change. Just last month, the Intergovernmental Panel on Climate Change — a body made up of the world’s top climate scientists — said it was 95% certain that we fossil-fuel-burning humans are driving global warming. The debate right now isn’t whether this evidence exists (clearly, it does) but what this evidence means for us.

Simply put, I do my best to keep errors of fact off the letters page; when one does run, a correction is published. Saying “there’s no sign humans have caused climate change” is not stating an opinion, it’s asserting a factual inaccuracy.

I especially await the views of my regular correspondent Tamas on whether the LA Times’ policy should be followed by others.

The report “The Obama Administration and the Press” published by the Committee to Protect Journalists quotes journalists and transparency advocates saying the White House curbs routine disclosure of information and deploys its own media to evade scrutiny by the press. Aggressive prosecution of leakers of classified information and broad electronic surveillance programs deter government sources from speaking to journalists.

In the Obama administration’s Washington, government officials are increasingly afraid to talk to the press. Those suspected of discussing with reporters anything that the government has classified as secret are subject to investigation, including lie-detector tests and scrutiny of their telephone and e-mail records. An “Insider Threat Program” being implemented in every government department requires all federal employees to help prevent unauthorized disclosures of information by monitoring the behavior of their colleagues.

Six government employees, plus two contractors including Edward Snowden, have been subjects of felony criminal prosecutions since 2009 under the 1917 Espionage Act, accused of leaking classified information to the press — compared with a total of three such prosecutions in all previous U.S. administrations. Still more criminal investigations into leaks are under way. Reporters’ phone logs and e-mails were secretly subpoenaed and seized by the Justice Department in two of the investigations, and a Fox News reporter was accused in an affidavit for one of those subpoenas of being “an aider, abettor and/or conspirator” of an indicted leak defendant, exposing him to possible prosecution for doing his job as a journalist. In another leak case, a New York Times reporter has been ordered to testify against a defendant or go to jail.

Compounding the concerns of journalists and the government officials they contact, news stories based on classified documents obtained from Snowden have revealed extensive surveillance of Americans’ telephone and e-mail traffic by the National Security Agency. Numerous Washington-based journalists told me that officials are reluctant to discuss even unclassified information with them because they fear that leak investigations and government surveillance make it more difficult for reporters to protect them as sources. “I worry now about calling somebody because the contact can be found out through a check of phone records or e-mails,” said veteran national security journalist R. Jeffrey Smith of the Center for Public Integrity, an influential nonprofit government accountability news organization in Washington. “It leaves a digital trail that makes it easier for the government to monitor those contacts,” he said. 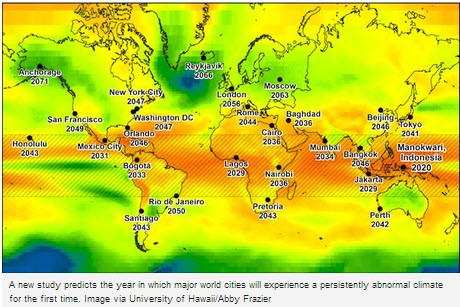 In answering the question I’m going to avoid all the straw man arguments about 95% certainty, expert opinion and liberal hoaxes. The real argument remains simple – are the predictions of warming coming true?

Therefore, the question that must be answered is this: how long does the temperature “pause” have to last before we conclude that human CO2 emissions are only a minor factor in the Earth’s temperature and that nature is dominant?

Discussing this point is not propagating a factual inaccuracy.

It is possible that the climate change hypothesis – that man’s emissions will radically warm the planet – is false. It wouldn’t be the first time a grand theory went bust and it won’t be the last, but I think it’s up next – and that’s got to be newsworthy.

I support the LA Times’ policy. Let us leave denials of the scientific consensus on global warming to the blogs that deny the consensus on evolution, fluoridation, inoculation, etc.