When in doubt, vote no

Irish voters decide to keep their Senate after all. Meanwhile, British politicians are arguing about giving their voters the opportunity to decide whether to keep EU membership.

Time, perhaps, to return again to my one-line summary of constitutional change in Australia (originally from October 2005): “politicians always want more power, but voters don’t want to give it to them.” The same may now apply to Ireland, where voters on Friday rejected a proposal to abolish the Senate.

The vote was close: 51.7% against abolition to 48.3% in favor. But since the “yes” vote had led by more than 15% in the opinion polls, the narrow defeat will be no consolation to its supporters.

What made the turnaround possible, of course, was the large number of undecided voters – as I pointed out in last week’s preview. Evidently those who remained in doubt about the merits of abolition decided overwhelmingly to take the safer course and vote no. That is, if they voted at all: turnout was low, at a little under 40%, although even that was higher than some predictions.

That’s good news for Australia’s Senate, but its existence was never threatened anyway, since on all counts it is both more democratic and more effective than its Irish counterpart. More interesting is the question of what the result might tell us about referendum results in general.

That’s a topical question in Europe just now, since Britain’s Conservative Party is again mired in internal warfare over the question of a referendum on European Union membership. On Sunday, prominent backbencher Adam Afriyie called for the referendum – officially promised for before the end of 2017 – to instead be held in October next year; that is, before the next general election.

For prime minister David Cameron, the attraction of the 2017 date is obvious. Either he will be out of office by then, in which case it will be someone else’s problem, or else he will have a renewed mandate from the electorate, strengthening his ability to face down his internal critics. For the same reason, his critics would much prefer to force him into going earlier.

But that raises the same question as the Irish result: are the Tory rebels correct in thinking that a referendum on Europe would be a winner for them? Or would voters, put on the spot with an actual vote rather than just a question in an opinion poll, rally to the status quo?

Clearly the Irish were not motivated by a general hostility to constitutional change, since a second referendum the same day, to create a new court of appeal, was carried with a “yes” vote of about 65%. There’s something about a move like Senate abolition that triggers the flight of the undecided away from change.

As with the Australian precedents, I suggest that that something is a perceived grab for more power by politicians. Unfortunately, it’s not clear whether or not an EU referendum would be seen that way.

Objectively, membership of the EU curbs the power of the British and other member governments, just as upper houses of parliament do. But the emotional issues of nationalism and foreign influence make it a much more complex matter. The electorate’s distrust of politicians is just as likely to be focused on those in Brussels as on those in Westminster.

Nonetheless, withdrawal from the EU after more than forty  years would clearly be a huge constitutional change, much bigger than scrapping the relatively toothless Irish Senate. If they are ever given the opportunity, British voters may well decide that change on that scale poses an unacceptable risk.

The UK’s little problem with Europe 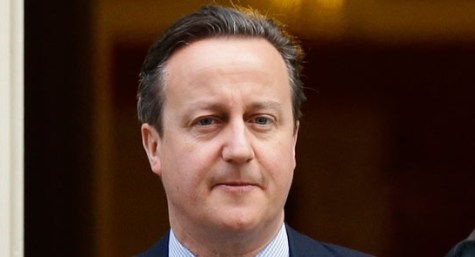