Steve Gibbons on ‘filthy’ Rudd, the gallery and vintage cars

In the first of Crikey's exit interviews of departing MPs, former Labor member for Bendigo Steve Gibbons lets fly with a frank assessment of his 13 years in office -- and the people he worked with. 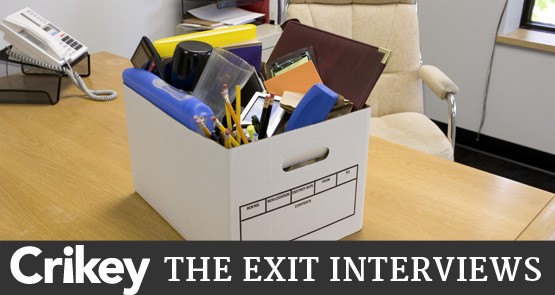 Gibbo turned Bendigo from a notional Liberal seat into reasonably safe Labor territory. In an illuminating exchange, Crikey quizzed the vintage car enthusiast about his successful constituency work and the failures of the 43rd Parliament, the Canberra press gallery and former prime minister Kevin Rudd …

What was the impact of the 24-hour cycle? How did you rate the press gallery?

What’s annoying about it is the past two Labor leaders were obsessed by it. And that’s been a big problem for both the Rudd and Gillard governments. Rudd in particular was obsessed with trying to get a story out there every day, to the point of excluding all of the worthwhile and administrative tasks required by government.

There were all these decisions made on the run, all designed to grab a headline or a front page. Gillard wasn’t much better. [Prime Minister Tony] Abbott’s doing the right thing by not doing that but he’s paying a hefty price because the media are digging into his background … and he’s been less than honest. He’s been a serial rorter.

I treated the gallery with the contempt they deserved and they treated me with the contempt I deserved and it worked very well. There were a few people I had high regard for, Lyndal Curtis, even some Murdoch people … Malcolm Farr I thought was very good and I didn’t mind [Peter] Van Onselen, they were journalists first and Murdoch people second and they were reasonable. But there were very few others I had much time for.

How did you balance your constituent work against your obligations in Canberra?

I said in my valedictory speech that I was more than happy being a backbencher … now I would have liked to have been allocated a portfolio but remember that up until 2007 or 2008 the caucus used to elect the front bench, and then Rudd changed it. I, of course, opposed the change and spoke against it in caucus.

I was always defending a pretty slim margin in Bendigo, and I couldn’t see the point … all the effort you need to go to in administering a shadow portfolio, or a portfolio being away from the electorate, and then getting the arse after the election because you weren’t there! What was the point? It’s only in 2010 to 2013 that I built up what could be regarded as a reasonably safe margin but 12 months into that term I’d had enough, I announced that I was going to retire then and there.

What was the political highlight of your overall time in office?

It was time of exhilarating highs and debilitating lows. High in terms of winning five elections in a row in a difficult marginal seat against the odds. It was a real high to win Bendigo but very disappointing … during the Howard years.

What were the most overrated policy issue during your time in Parliament?

What started the problem for the Gillard government was the announcement that we would put a price on carbon. Abbott was able to exploit that mercilessly and very skilfully, Gillard could never match him for political skill, turning it into a carbon tax and a Gillard lie. We all know the reasons why we need to move to a price on carbon: that was negotiated with the independents to be in government and that was the first step to move the new system which we’ve done. Abbott exploited that beautifully and we were stupid enough to make that announcement that we were going to have a price on carbon and then wait seven months before we put the detail out. Abbott just ran amok for seven months kicking the whatever out of us and we had no counter to it. And that’s when we lost that election, no doubt about that in my mind. Just appalling political judgment on behalf the Labor leadership.

“Smith and Combet were both potential prime ministers in my view. And we know why the three of them are now not in the Parliament.”

Which of your Labor colleagues did you rate highly?

The standouts were Greg Combet, Peter Garrett, Stephen Smith, Jason Clare, Chris Bowen, Tanya Plibersek, Penny Wong, Jenny Macklin and Tony Burke. Most of those except for Smith, Garrett and Combet are still in Parliament. They will be missed terribly. I know people had a view about Garrett. I know the guy, I know the background around the pink batts issue, he played an exemplary role in all of that yet he wore it [the criticism]. He was a very effective minister, especially a minister for schools, and worked very hard. Smith and Combet were both potential prime ministers in my view. And we know why the three of them are now not in the Parliament.

Rudd’s a piece of filth. I notice that some idiot leaked to The Age couple of weeks ago that they reckoned Rudd was responsible for saving 10 to 15 seats. I say fucking frogshit, Rudd was responsible for losing 19 seats. That’s the reality. Three years of destabilisation — and blatant destabilisation at that. And what pissed me off, the other day Laurie Oakes was interviewed on Neil Mitchell and he tried to pass that off as the norm. Peacock undermined Howard, Howard undermined Peacock, Hawke was undermined by Keating, all this sort of shit. But they all did that with one eye on the main game. And that was their party staying in power. This piece of crap couldn’t give a fuck about that.

How would you rate the effectiveness of the 43rd Parliament?

Very effective. If you look at the legislation that was passed it was a significant achievement under the constraints we were placed under in the hung Parliament, in a Parliament that Tony Abbott said originally would be unworkable. It was major achievement and full credit to the negotiators and administrators to steer all that through. And Abbott opposed that every step of the way.

How would you rate the effectiveness of all the parliaments you have served in?

Somewhat effective. There were lots of things that pissed me off and lots of things I was happy with. The last Parliament was less enjoyable and it had a big impact on my decision. I had a trip to Afghanistan, the media tried to paint that as a junket which I thought was humorous because you don’t go to fucking Afghanistan for a holiday. And we finished it up with a day and half in Baghdad which is also not your average holiday destination.

You can have some success as a backbencher. We lobbied hard to get the Howard government to honour its commitment to build a duplicated highway from Melbourne to Bendigo, all the way, and it took four years. They broke their promises a couple of times, they finally capitulated in the run up to the 2007 election because they knew they would have no chance of winning the seat even though it was a bit marginal and so it was finally completed. There were ups and downs in all the parliaments where had some successes and we had some things that weren’t all that successful.

And I’m pretty proud of what we achieved locally, for example the Bushmaster armoured personnel carrier contract … we fought hard for it because the Libs and Peter Reith to tried to scrap it in 2001 … we lobbied hard in Bendigo for it and created havoc, and finally we won through. They reduced the original number of vehicles to bring the cost down and started manufacturing, and then the rest is history. [Former defence materiel minister] Jason Clare was in Bendigo earlier this year, and he said that the Defence estimate was that there instances of IEDs involving Bushmasters that has saved about 300 lives. Now that is probably the thing that I’m most proud of. If some of the senior Defence people had their way we would never have had the Bushmaster. Some people still believe we should never have gone down that path, we should have gone to the Americans.

They actually presented me with a model of one, a glass case on a mahogany base with a nice little brass insignia which I’m quite proud of which is at home underneath the table in my dining room but I’m in the process of building a home office outside and it will take pride of place in that.

What are your future plans?

My hobby is restoring classic British and German cars, I’ve got three Mercedes and four Jaguars … I’m restoring two of the Jaguars and I’m driving them. One I’m restoring and the other one is a donor vehicle for one I’m restoring. The three Mercs are all in superb condition and registered and I’m driving them. I’ve got an old Wolseley I’m restoring — a ’59 model, exactly the same vehicle my dad taught me to drive in when I was 16 — so it’s pretty sentimental, my dad was a used car dealer, so we don’t have a family car to hand down, we had hundreds of them. But I learnt to drive in this thing so I’m proud to have found one and it’s going to take a lot of work.

What a refreshing level of frankness. Bodes well for the series. Good luck with the Wolseley Gibbo.

I agree with Andybob. These frank and fearless statements give a good idea of what motivates pollies, which for most is public service.

Finally someone tells it like it is in regard to Rudd….

Every piece of rubbish we suffer under abbott, I sheet home to him. Rudd should have done the right thing on election night and resigned, not act as if he is gods gift to the Australian people.

Magnificent work from both Andrew Crook and Steve Gibbons. Kudos!

Great idea – looking forward to the rest. Haven’t heard frogsh-t used in anger before – will add it to the arsenal.