The corruption and bribery allegations against Wal King and construction giant Leighton Holdings are damning. Particularly when you consider what some executives were being paid. 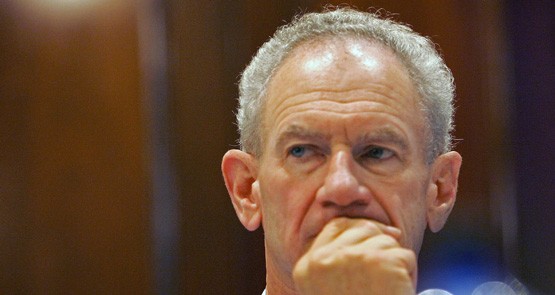 It’s hard to know what was less surprising: that a company such as Leighton Holdings is allegedly mired deep in corruption, or that the Australian Federal Police and the Australian Securities and Investments Commission don’t appear to be moved to act on myriad apparent transgressions of laws. The allegations revealed by crack Fairfax investigative duo Nick McKenzie and Richard Baker indicate Leighton was a firm riddled with corruption, where senior executives appeared to do as they pleased, all the while being very handsomely remunerated by unknowing shareholders. Allegations include the theft of $500,000 from Leighton, widespread bribery to win overseas contracts and even the use of notorious Indian “bagman” Packianathan Srikumar. Srikumar allegedly “facilitated” Leighton projects and would receive 10% of the contract value personally, some of which would be “funnelled back to individuals at Leighton”. If true, the allegations suggest the top-brass at Leighton were using the services of a third party to bribe overseas officials. Another allegation was that to win $750 million worth of contracting work in Iraq, Leighton paid $87 million to a company nominated by Iraqi authorities, which Fairfax reported. The payment is alleged to have been approved by King himself, a claim King denied. In his final year at Leighton, David Savage, a Leighton International exec close to King was paid $3.8 million and also received a $2 million bonus from King. In total Savage collected $18 million from Leighton between 2007 and 2011, despite leading Leighton into its Dubai investments — which cost the company hundreds of millions of dollars. While the alleged actions were occurring, King retired with the fanfare that would accompany a returning victorious general. Few media outlets dared criticise King, who was lionised for his efforts in turning Leighton from an engineering minnow into a powerhouse. The company even published a biography of King’s achievements at Leighton, called The Wal King Years, a collection of fawning praise from acolytes. Australian Competition and Consumer Commission chairman Rod Simms may be regretting claiming that “Wal … has an ability to ensure and enforce accountability” while David Gonski will presumably be hoping he could take back noting that King’s “views are sound and have shown him to be a leader much more than just a CEO”. Since 2009, Leighton’s share price has slumped by almost 60%. Leighton’s poor performance didn’t stop directors from lavishing millions on King, making him one of Australia’s highest paid executives. (It presumably didn’t hurt that King himself was on the Leighton remuneration committee). This largesse was partially the result of King’s bizarre remuneration structure that afforded him a bonus based on a share of Leighton’s profits (rather than comparative total shareholder return or long-term earnings growth). King’s profit-linked remuneration may have encouraged wilful blindness to the actions of rogue employees. Almost five years later and King’s once stellar reputation is tarnished. Even The Australian Financial Review, which led the King worship while he was CEO, last week revealed that not only was the former executive paid a $6 million consultancy fee after departing Leighton, but he also saw fit to rack-up $40,000 in unauthorised expenses, including a $780 meal at Sydney’s exclusive Rockpool restaurant. It appears the $40 million King reaped from Leighton was insufficient to cover his lifestyle. *Adam Schwab is the author of Pigs at the Trough: Lessons from Australia’s Decade of Corporate Greed

“or that the Australian Federal Police and the Australian Securities and Investments Commission don’t appear to be moved to act on myriad apparent transgressions of laws.”

At this level of corporate activity there exists the “secret interest group” culture of in-equivocal loyalty to each other and the companies they run regardless of what they do.

The authorities will only respond when they are virtually shamed into action, but even then, they leave open a back door escape route. Such is their loyalty and group culture pledge to assist their members right or wrong.

If it were you or I we would be paraded through the media and hung by our heels after the execution as an example of how the authorities are doing their job. Not the case with these guys.

For years I had been trying unsuccessfully to get any media attention to what Leighton had been up to around the world; Noone was prepared to publish one bad word about the ‘Leighton boys’ even when I had tons of evidence of high levels of incompetence, negligence and corruption.
My guess is that this will fizzle out again, unless some of their CLIENTs start revealing what is happening; For that though , clients themselves need skills that may not be there;
http://debunkthebim.blogspot.hk/2013/10/birds-of-feather-flock-together.html
http://debunkthebim.blogspot.hk/2013/09/dear-mr-khalaf-al-habtoor.html