What has Indonesia made of Australia's obsession over the asylum seeker issue? Opinions range from critical to ignorant, writes Crikey intern Soren Frederiksen.

Indonesians and the Indonesian media have shown little interest in the boat people issue. Of those Crikey spoke to this week, Intan Rrintan, a language tutor and sometimes wedding planner from Yogyakarta, was typical: “Give me some time, because I’m not really familiar with this issue. Let me read some news, then I will answer [your questions].”

But the death of dozens of asylum seekers off the coast of Java last week, coupled with Indonesian criticism of the Abbott government’s proposals, have seen the issue near the front of newspapers and close to the top of news bulletins. In the weeks leading to Prime Minister Tony Abbott’s recent visit, there were calls in Indonesia’s papers for Australia to “respect the territorial integrity and sovereignty of Indonesia“, to ditch “plans that would undermine the dignity of the nation”, even to bugger off, stay at home and leave Indonesia to deal with more pressing concerns. 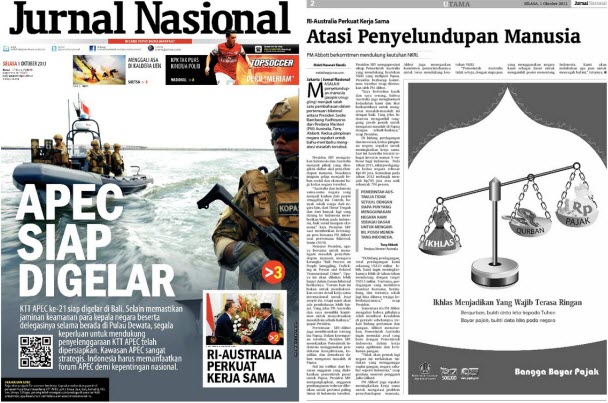 For most of Indonesia’s press, the issue is not one of human rights but the right of their country to territorial integrity and respect. Abbott’s rhetoric has been seen as an affront to national sovereignty.

Gusti Ramdani, a student infatuated with Australia, was baffled by the arrogance of the move: “I don’t know the reason Australia’s government released this policy. I really support [Indonesian Foreign Minister] Marty Natalegawa’s protest.”

There have been calls for Australia to respect the rights of asylum seekers, but most such exceptions affirm the rule. On Monday, for instance, the English-language Jakarta Globe reported: 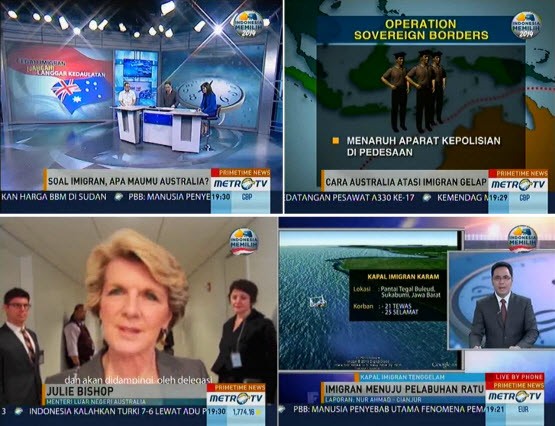 Even the Indonesians who spoke to Crikey — many middle-class and fairly progressive — did so in terms of “illegals” and “illegal immigrants” more often than “asylum seekers” and “refugees”.

The issue does remain relatively obscure. In this a 10-minute summary of Monday’s top stories, Indonesia’s Metro TV gave recent asylum-seeker deaths 25 seconds at the broadcast’s end. In another summary of all of last week’s stories, the deaths don’t even feature.

As so often when dealing with Asians, the gwailo just don’t realise that it doesn’t matter what is said, get it in writing. Which rings a bell…