The Australian has tried to pour cold water over Fairfax's Leighton Holdings revelations. That and other media tidbits.

The Oz‘s Walkley for sour grapes. It’s always intriguing to see how media outlets follow up a rival’s scoop. Sometimes they ignore it, sometimes they leap on it, sometimes they try to downplay or ridicule it. The Australian goes for the latter today, in its follow-up on Fairfax’s stunning revelations about alleged corruption and cover-ups at construction giant Leighton Holdings. In a piece titled “Mid-East fee deals shouldn’t shock“, The Oz‘s business editor Geoff Elliott claims Fairfax has not uncovered a “smoking gun”, predicts Leighton’s share price will bounce back today and said the scandal is nothing compared to the AWB wheat-for-weapons brou-ha-ha … 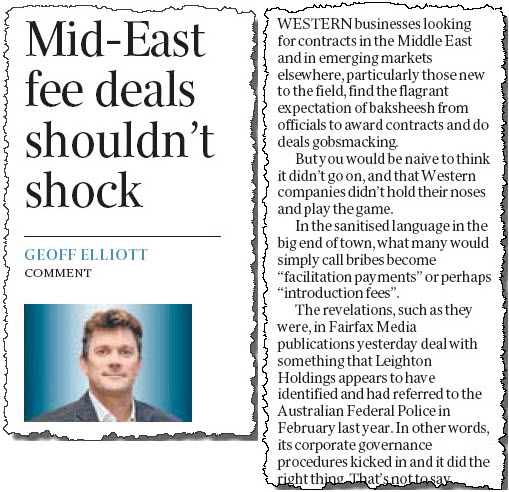 Apology of the day. The editor of the UK’s Mail on Sunday, the sister paper to the Daily Mail, has issued a grovelling apology to Labour leader Ed Miliband for intruding into a private memorial service for one of his relatives. Editor Geordie Greig admits it was a “deplorable intrusion” and “terrible lapse in judgement”.

The Daily Mail launched a character assassination against Miliband’s deceased father this week, claiming the Marxist academic “hated Britain”. The Mail‘s coverage has scandalised the UK and led to this spectacular BBC Newsnight exchange in which former Labour spin doctor Alastair Campbell called Daily Mail editor Paul Dacre a “coward” and a “hypocrite”. 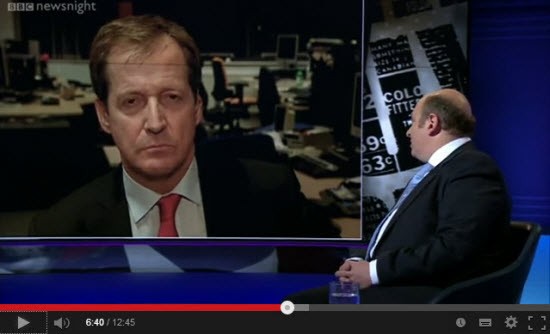 Front page of the day. Time magazine gives its take on the US federal government shutdown. 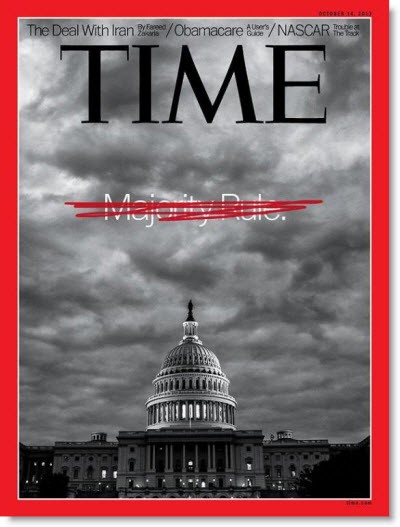 Labor’s failure goes far beyond the party itself

So the first casualty of media wars if ethics?

Steafel and Dacre’s opinions make their headlines?
They’re getting it in the UK too – but they have a much more diverse ownership of what they get edited to read?

Hey Elliot. All the big stories come out of Fairfax Crikey Abc. What big stories have you exposed besides viral videos, web cams and ipad?

Nice incisive work by Campbell…and we need some similar spade calling here because News Ltd has drifted down the same path as the Mail, a captive of proprietor sycophants.