The trick question that may stall ACT gay marriage laws

The ACT wants to legalise gay marriage but there's a bevvy of legal challenges the bill could face. David Donaldson lists the obstacles ... and finds the big problem could be divorce, not marriage. 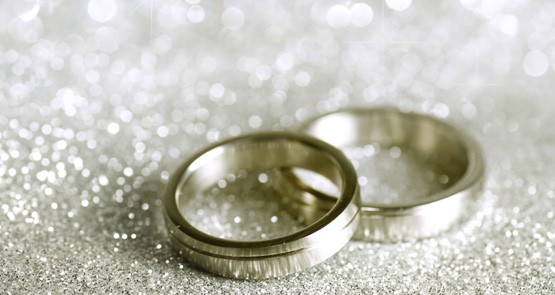 The ACT is pressing ahead with laws to legalise same-sex marriage — but of all things, it’s the bill’s divorce provisions that could trip up the plan from a legal perspective.

The ACT’s proposed legislation would permit anyone currently excluded by the federal Marriage Act 1961 — defined as being between “a man and a woman to the exclusion of all others” under an act of former prime minister John Howard’s government — to wed, including intersex people.

The law is likely to pass. The ACT’s unicameral Legislative Assembly has enough Labor and Greens members to get it over the line. If this law passes, there are two ways in which it could be challenged; through the High Court, or if the Abbott government pushes through legislation to invalidate it.

When similar laws were passed previously, the federal government — first under John Howard, then Kevin Rudd — requested the governor-general to block the reform, so the laws went nowhere. But changes in 2010 mean this option is no longer open to Abbott. He must instead pass legislation through both houses of Parliament to overturn decisions by the ACT.

It is unclear at this point whether the feds would challenge. When the issue was raised last month, Abbott said Attorney-General George Brandis “will be seeking legal advice on precisely how far the ACT can go on this”.

“The ACT is entitled to do what it can within the law,” said Abbott. “Under the constitution the Commonwealth has responsibility for marriage and the Attorney-General will be seeking advice on precisely how far the ACT can go on this.”

“If challenged in the High Court, it could go either way. You can’t really predict what the outcome would be.”

If Abbott did choose to take the parliamentary route under the current Senate, the government would have to convince Labor to vote to overturn the ACT law (or at least allow a conscience vote). If the ALP refused and the Senate voted “no” twice, it could theoretically be a trigger for a double dissolution.

Abbott might have an easier time waiting for the new Senate in July, but the interim period may see a “goldrush” of couples from around Australia wedding in Canberra, says Brisbane LGBTI law expert Stephen Page. He believes that Abbott may try to “put a bill through Parliament and try to wedge the ALP, like Howard did with the Marriage Act amendments way back when”.

It is difficult to predict whether the main provision of the ACT’s Marriage Equality Act — the allowance of same-sex marriage — would survive a High Court challenge, says UNSW law professor George Williams. “If challenged in the High Court, it could go either way. You can’t really predict what the outcome would be.”

In order to bring a case in the High Court, one must demonstrate that one would be adversely affected by the change. “It has to be someone who would be affected by it, it couldn’t just be someone who didn’t like it for religious or social reasons,” said Williams. “It could be quite difficult to mount a challenge. So it might have to be the federal government.” Or one of the states could take the ACT to court.

But while the gay marriage provisions of the Act could be protected from legal action by sitting in parallel with the Commonwealth Marriage Act, Page says the territory’s divorce provisions may overlap with federal laws on divorce.

According to the constitution, where a state or territory law conflicts with federal law, the higher power takes precedence. This means that the proposed ACT law would have to work in such a way that its measures on both marriage and divorce were not already covered by the Commonwealth.

Page told Crikey that “the Commonwealth Marriage Act doesn’t cover the field as it only defines marriage as between a man and a woman, and the ACT legislation has been drafted so it doesn’t conflict with that. But the scheme for divorces under the ACT laws may not survive a challenge as the proposed laws on divorce may run directly counter to the Family Law Act.”

It is, however, difficult to know how such a test would fare until it was actually in the court. We likely won’t know what the federal government plans to do until the ACT bill comes to a vote, which will probably be later this month.

‘We want the world to trust us’