Malaysian democracy activist Haris Ibrahim was supposed to visit Australia this week, but the Australian government refused him a visa. Anthropology lecturer Gerhard Hoffstaedter calls for the decision to be overturned. 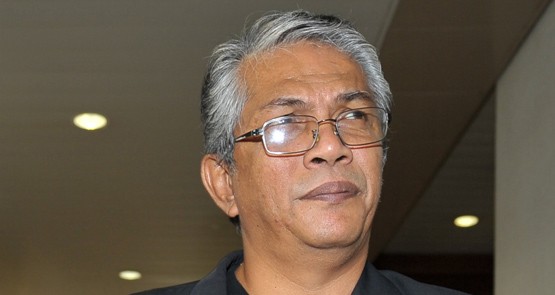 Highly skilled professionals are leaving Malaysia in increasing numbers, and one of the major beneficiaries of this brain drain is Australia, where the Malaysian expatriate community is second-largest after Singapore. Among these migrants, the World Bank reports, injustice at home was a major factor in their decision to leave. The evidence suggests that a significant change in Malaysian policies — especially the government’s race-based affirmative action program and public sector management — could sway many to return.

The government sees the diaspora primarily as an irritant advocating for political change from a distance. Overseas Malaysians played an important role in calling for free and fair elections in May this year, and many have become involved in the Bersih (“clean”) movement for change. The largest of the global Bersih 3.0 rallies last year took place in Melbourne, and smaller demonstrations were held around this country. Many overseas Malaysians returned home to vote in the election, which was seen as the most winnable yet for the opposition coalition.

The government’s crackdown on dissent in the lead-up to the election didn’t simply extend to local demonstrators. Among the people caught up and tear-gassed at the Bersih 3.0 rally in Kuala Lumpur was independent South Australian Senator Nick Xenophon. Earlier this year he was stopped on arrival at a Malaysian airport, detained, deported and banned from Malaysia.

The government, made up of ethnicity-based political parties representing Malay, Chinese and Indian interests, won another term. Among the ruling parties, UMNO (the United Malays National Organisation) did best, increasing its power within the coalition. UMNO’s policies are based on a moderate form of Islam but continue decades of ethno-exclusivist politics and affirmative action for the majority Malays and other indigenous ethnic groups. The government sees the Malaysian diaspora primarily as a business asset, and the only enticements it offers for migrants to return are economic.

One of UMNO’s most vocal opponents has been Haris Ibrahim, who is neither a politician nor a leader of a mass movement. Haris began his career as a lawyer, making a name for himself in social justice cases. In 2007 he held a watching brief on the Lina Joy case, which pitted a Muslim convert to Christianity against the Malaysian state. Malaysia’s courts continue to be an arena of contestation that can, on occasion, deliver change — a feat the ballot box still hasn’t managed.

“Some have interpreted this sequence of events as a sign that … Australia is open for business and human rights play second fiddle.”

Haris Ibrahim has instigated and supported many of Malaysia’s progressive social movements, including Article 11 (advocating freedom of religion), the People’s Parliament (advocating for better representation in parliament) and the Bersih movement. His frustration with Malaysian politics, and especially the ruling UMNO culture within politics, eventually led him to found Asalkan Bukan UMNO (“Anything But Umno”).

At a public forum on May 13, after the hoped-for opposition victory at this year’s elections didn’t materialise, Haris allegedly called for people to take to the streets to continue to fight for regime change. He was arrested and charged under Malaysia’s Sedition Act, alongside others who had questioned the election outcomes. A trial is scheduled for next year.

Since focussing his efforts on bringing about political change in Malaysia, Haris has seen his life change dramatically. In an interview for FreeMalaysiaToday in 2011 Haris recalled the moment when he decided to exchange his cherished golf clubs for the keyboard. Having seen a gardener at a golf club “fashioning a crude cardboard shelter for herself in the shrubs,” he vowed to change Malaysia and his own life. While Haris has changed, Malaysia has returned to its old ways.

Some have interpreted this sequence of events as a sign of a new Abbott foreign policy that is quietist and attuned to regional sensitivities — in short, Australia is open for business and human rights play second fiddle. This, however, represents no great change from government attitudes under Labor, which simply called Xenophon’s detention and ban “surprising and disappointing”.

Since returning to Malaysia from a trip, Haris has met with Australian consular officials in Kuala Lumpur and according to him: “It was a good meeting.” He said he hopes his new visa application will be “fairly considered, and approved”. This raises questions over who intervened or who made the decision to refuse his visa in the first place and why this person would now be overruled. In any case, Haris’ visa refusal has already demonstrated that Australian officials either do not know the Malaysian political and social spheres enough or only too well. Meaning that either he was assessed as any Malaysian citizen charged under the Sedition Act (failing the character test) or he was singled out as a known anti-UMNO, i.e. Malaysian government, activist who could make uncomfortable headlines once in Australia.

Australia’s relations with Malaysia, as with the region as a whole, continue to be dictated by economics and the shadow of “boat people”. Malaysians who have made Australia their home will continue to play an increasing role in shaping homeland politics — but only from afar. None of this bodes well for the diaspora’s hopes for positive change any time soon.

*Gerhard Hoffstaedter is a lecturer in Anthropology in the School of Social Science at the University of Queensland. This article was first published at Inside Story.

Meet the man who makes tyrants, warlords and governments shake in their boots

Half the sky: Australia needs to stand up for women’s rights in Asia

Burma backgrounder: it is not a democracy (yet)

Tony Abbott’s comments from Indonesia about not allowing people to use Australia as a base from which to “grandstand” about other countries do spring to mind.