From crackberry to crapberry: the Betamax of mobiles?

The once addictive, industry-leading BlackBerry is now barely competitive in the smartphone arena. Technology commentator Richard Chirgwin charts its rise and rapid decline. 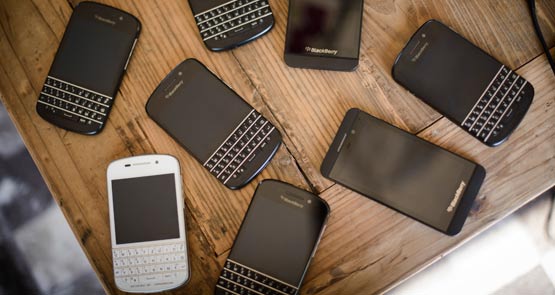 BlackBerry once dominated the smartphone world. How could such a mighty company fall so far, so fast?

Back in the 1990s, when the IT industry went through an explosion of start-ups and launches, anybody fronting a press conference would include a slide telling journalists something like “more than 50% of our revenue comes from products less than two years old”.

A couple of decades and a few thousand press conference slides later, it’s worth remarking that hardly anybody in the industry bothers with that slide. Why would they? The idea that success comes from rapid product turnover is so embedded in the industry that we only notice it through its absence.

It seems, for example, to have been absent from BlackBerry’s slideshows, except that nobody really noticed. A couple of years ago, with Research In Motion’s revenues rolling along like a cartoon avalanche, few in either the media or the investment community noticed that the mobile-maker was, in effect, sweating an old technology rather than inventing a new one.

And why not? RIM had its market sewn up. It was so addictive that its nickname was “CrackBerry”, it was brandished by the Clintons and as recently as the 2010-2011 financial year, the Canadian company managed a seemingly stellar revenue rise from US$15 billion to US$20 billion.

All of this, however, was based on a product that was ageing both inside and out. On the inside, RIM was relying on an operating system old enough to count as “venerable”.

Back in 2010, RIM bought a company called QNX with the express purpose of giving it software that would drive its next generation of products. That work took too long — and while RIM’s engineers were cramming the operating system into telephones, getting it to run on their chips, and crafting the interfaces that would show BlackBerry’s new face to the world, the world was changing.

While RIM was doing its post-BlackBerry engineering work, Apple was racing ahead with iPhone releases, with at least one big announcement each calendar year, whipped along by the burgeoning Android community. Apple fended off Android so well that it took until 2013 for the Google-based competitors to genuinely rattle Tim Cook’s cage (and even then, its iPhone 5 range constituted a smackdown for the “death of Apple” meme, proving that Cupertino could still stage a sellout weekend).

In the context of its 2010-2011 revenue spike, what happened to BlackBerry happened with heart-stopping suddenness. Not only was BlackBerry no longer the most-capable, most-recognised and most-usable device in the smartphone world — it became old.

It took too long for BlackBerry to catch up with the all-touchscreen world and ship its Z10. It cruised on the assumption that it commanded its own ground, and that assumption didn’t look so bad in 2011 or even 2012. It looked like Apple and Android were creating new markets rather than cannibalising old ones, which (RIM probably argued to itself) gave it the leisure to “get it right” rather than “doing it fast”.

Had the Z10 turned out to be a category-killer, the world would have lauded the wisdom of the company’s management, but it isn’t: it’s turned into a flop, a massive writedown of inventory that leaves its by-now-ancient BlackBerry 7 devices putting the most real cash into the company’s books.

Which harks back to the reminiscence that opened this column: BlackBerry is now financially dependent on a grey-beard product, and its latest launch has flopped so badly that the future of the company is in doubt.

Betamax once owned the world, too.

*Richard Chirgwin has been a tech journalist for 25 years. He is currently an Australian correspondent for UK technology tabloid The Register.

Android was already quadrupling iOS market share in 2012, and is now more than six times higher. You’d have to be a little bit mad to suggest that Android didn’t challenge Apple until 2013. It started “challenging” in 2010ish, and overtook Apple around 2011-12.

We’re already in the latter stages of the reenactment of the Mac vs PC war of the 90s. It’s about to end the same way: The open platform wins out completely over the closed platform.

Harry – “We’re already in the latter stages of the reenactment of the Mac vs PC war of the 90s.” – and the corollary to that is there’s only room for 2 “main stream” platforms (android, ios), so MS can forget about being anything other than irrelevant in this market.

And like Betamax Blackberry is probably the superior product for what its function actually was – in BBs case a business phone.

The problem is no-one just has a ‘work phone’ anymore and it coudn’t keep up with the frippery and entertainment side of things.

grubbidok – but getting rid of a physical keyboard when it was a key product differentiator seems crazy. All it left them with was a non-standard smartphone.

@Malcolm McPherson Street Blackberry released a keyboard phone – the Q10 – of which I have become a recent owner. I find touchscreens a recipe for frustration in typing anything more than a few words. I only hope that Blackberry somehow find their way out of this mire so that there is still a physical keyboard option for users like me.