The remarkable story of the nationalisation of PNG’s largest mine 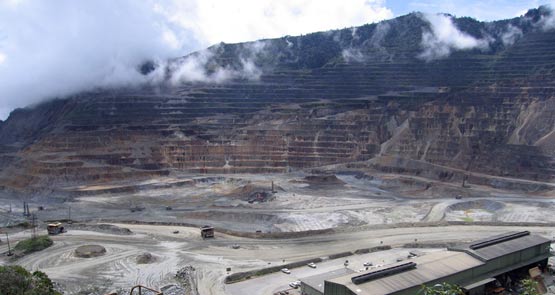 Last week, legislation was introduced into and unanimously passed by the Papua New Guinea Parliament to give the PNG government ownership of the country’s largest company, Ok Tedi Mining Limited, and control over the country’s second-largest development organisation, the PNG Sustainable Development Program.

For the government it’s a stunning victory, but quite possibly a temporary one. And it is an outcome that represents poor public policy and a setback to development in PNG.

The PNG Sustainable Development Program (SDP) was set up after BHP’s exit from the Ok Tedi mine in PNG’s Western Province just over a decade ago. Essentially, BHP wanted to shut down the mine, which had caused great environmental damage and become a reputational risk to the company. The PNG government, however, wanted the mine to continue because it needed the tax revenue. BHP agreed to give away its ownership of the mine in return for a guarantee that it would not be sued for environmental damage. But BHP did not want to give its shares in Ok Tedi to the PNG government because of well-established concerns about corruption and limited capacity within the PNG public sector.

The compromise reached was an agreement that PNG would give its shares to a new trust fund, SDP, which would be registered in Singapore as a public company to be run by a board of directors, some nominated by BHP, the others nominated by a variety of PNG institutions. SDP was established in 2002. After a third shareholder exited, SDP was left with 63% of Ok Tedi’s shares. The remaining 37% were held by the government.

SDP was set up with two main tasks: to invest two-thirds of its Ok Tedi dividends into a long-term fund that would be available to the people of Western Province after mine closure, and to spend the other one-third on development projects throughout PNG.

With last decade’s resource boom, Ok Tedi became much more profitable than had ever been envisaged. It is now PNG’s largest mine and revenue earner. In 2011, it paid K1.2 billion (about $508 million) in tax. The original idea that the mine would close shortly after 2010 has been replaced by a plan to extend mine-life by shifting from open-cut to below-ground mining, which would require new legislation.

SDP’s funds also grew rapidly over the decade. The value of its long-term fund reached $US 1.4 billion in 2012. Its annual development expenditure expanded, making it the second largest donor in PNG, after AusAID.

There was recurring tension between SDP and the PNG government over the last decade, but Sir Michael Somare had helped negotiate the deal while he was mining minister, so while he was prime minister (from 2002 to 2011) SDP was safe.

All that changed when Peter O’Neill became Prime Minister. This took a while to become evident. In 2011, I undertook an evaluation of SDP, along with Dr Eric Kwa, then at UPNG, now secretary of the Law Reform Commission. We were unable to meet the PM, but we met his treasurer, Don Polye, who was full of praise for SDP.

Once O’Neill won the 2012 elections, however, he started speaking out against SDP, essentially arguing that both the links from BHP to SDP and from SDP to Ok Tedi should be broken. Towards the end of 2012, Ross Garnaut, chairman of SDP since its inception, handed over the reins to Sir Mekere Morauta, who, as PM at the establishment of SDP, had also helped negotiate the deal. Comments made  by Garnaut at the time about revenue from Ok Tedi (“it’s very tempting for political figures to think of better ways of using it right now rather than putting it into long-term development”) led to the PM banning his entry to the country.

(An aside on another SDP board member: there was a remarkable announcement in the media recently that Jacob Weiss, a former International Monetary Fund employee who helped establish SDP and who served on its board as the Central Bank’s representative for the last 10 years, was stood down earlier in the year by the SDP Board on conflict-of-interest grounds, including his “appointment as the leader of the government team set up to take over PNG SDP’s shares in Ok Tedi”. It doesn’t get much stranger than that.)

It became clear under O’Neill that legislation would only be passed to extend the life of Ok Tedi if SDP exited. Under its new chairman, SDP took a pragmatic and conciliatory approach. At its annual meeting a few months ago, Mekere appeared to acquiesce to its removal from Ok Tedi provided that there was a negotiated agreement, including a “fair and transparent” process.

It seems from press reports that there were some discussions, but evidently agreement could not be reached. And so, after an escalating war of words, O’Neill not only introduced legislation this week, but had it passed by Parliament, all in the same day, to nationalise both Ok Tedi and SDP. According to reports, some members absented themselves from the vote, including Sir Michael Somare, who spoke against it, but no one voted against it.

*Read the rest of this article at Devpolicy Blog

I feel good, I just voted (proxy) for Ian Dunlop to be a director of bhp …

Just to add to my previous comment. If anyone knows, how can Ian Dunlop’s nomination be opposed by the federal government?

Now the png government can just sell it back to bhp, png ministers can splurge the money on luxury goods and everybodys happy right?