The 11 most influential people in Australia’s tech sector 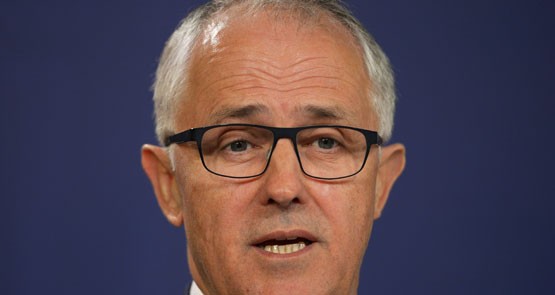 They’re the powerbrokers. The elite. When they talk, people listen, and they wield positions of immense power. They’re the most influential people in tech — and they’re having a particularly busy year.

The traditional powerbrokers in technology are more powerful than ever before. Chief executives of telcos and software groups are clearly playing their part, but entrepreneurs and business owners wield more influence than ever before — the recent $400 million takeover offer for Matt Barrie’s Freelancer.com is evidence enough.

Technology plays a huge part in the economy, but more interesting are those who drive it. Who are they, and how did they get to where they are now? What are their motivations?

After waiting in the wings for several years, Malcolm Turnbull finally has his day. The newly crowned Communications Minister not only has jurisdiction over the country’s technological development, but the National Broadband Network itself. Turnbull is well-suited to the role. He chaired internet provider OzEmail during the 1990s and was a director of FTR Holdings until 2004. His knowledge of the industry is deep, and he has played a huge part in shaping how the Liberal Party views communications and technology projects.

Turnbull’s role will be significant during the next few years. By shaping the NBN into what the Liberal government wants it to be, Turnbull will have a hand in creating what the telecommunications infrastructure of the country will look like for a significant period of time.

Michael Malone’s story is typical of several entrepreneurs — he started iiNet in his garage, and the business is now one of the largest telcos in the country, worth around $1 billion.

But Malone’s influence extends far beyond the walls of his own company. The business has navigated several acquisitions over the past few years, contributing to the company’s current state. He’s well represented in several groups, having founded the WA Internet Association and co-founded the advocacy group Electronic Frontiers Australia. And after spending three years in court, Malone was vindicated when the High Court ruled in favour of iiNet in a case against Hollywood copyright holders. Having his company set a nationwide legal precedent is surely a legacy that will last.

Matt Barrie founded Freelancer.com back in 2009 after buying several websites and putting them together into a single entity. The company has quickly found success — revenue exceeds $50 million, and Barrie has by all accounts pulled together a solid list of employees.

But Barrie’s influence in the technology community is beginning to grow. After rejecting a takeover offer earlier this year worth $400 million, Barrie said he would list Freelancer.com on the ASX before the end of the year. He’s also targeted offshore companies such as vWorker and Scriptlance for acquisitions. Whether or not Freelancer.com’s float is a success remains to be seen, but Barrie still wields significant influence. He also teaches cryptography at the University of Sydney.

David Thodey’s contributions to the telecommunications industries require little introduction. After he took over as Telstra chief executive back in 2009, the company has gone from strength to strength. Share prices are now up 27% from the same time last year — and up 19% from five years ago.

Thodey’s participation in the NBN has netted Telstra some lucrative contracts, and those are about to prove even more valuable. Now the Coalition is expected to change the entire structure of the NBN scheme, Thodey is in a good position to negotiate a good result for any changes should they require the government breaking some contracts.

Having founded software group Atlassian back in 2002, both Scott Farquhar and Mike Cannon-Brookes have transformed the company into a huge success, with revenue in the hundreds of millions, an investment worth $60 million from a major American VC firm and a rumoured IPO.

Farquhar and Cannon-Brookes are very much the poster children for the new wave of Australian tech companies. Both are cited as inspirations among the tech community, and this year the pair achieved a milestone by topping the BRW Young Rich list with a combined fortune of $US550 million.

With an IPO rumoured to be coming sooner rather than later, these two aren’t just examples of how the Australian tech scene has thrived — with a huge payout for both themselves and employees on the horizon, they’re helping enable yet another generation of entrepreneurs.

There’s not just one person behind Blackbird Ventures’ success. Founded by a group of tech veterans, including the Atlassian founders and private equity figures such as Southern Cross Venture Partners’ Bill Bartee and MLC Private Equity manager Rick Baker, the $20 million fund targets businesses looking for the next leg up to global success. Considering the size of the tech market will continue growing with an influx of IPOs, Blackbird Ventures is in a solid spot to spy the next big thing.

Ian Oppermann has helped boost the CSIRO’s reputation as a centre known for its excellent research, and has helped continue that perception as head of the Digital Productivity and Services Flagship. But Oppermann’s expertise isn’t just grounded within CSIRO walls. He has authored several books, is a fellow of the Institute of Engineers Australia, and speaks regularly about new technologies and their impacts on industry. Last year, he was chairman of the IEEE Personal Indoor and Mobile Radio Communications conference.

The chief executive of the Australian Information Industry Association took on the role in 2011, but she has already created a good name for herself. Industry veterans respect her achievements in both increasing membership and legislative victories. Previously at Telstra, Suzanne Campbell has experience working with major banks and government agencies, and has also worked as managing director of MCI WorldCom.

Despite Microsoft’s woes, Pip Marlow has been able to navigate a relatively smooth path for the local operation. The Windows 8 campaign was solid, and Marlow is said to have introduced a number of internal shake-ups to help move things along. And although the company will continue to undergo a significant restructure soon enough, with the addition of an as-yet-unnamed chief executive, Marlow’s position seems secure enough for now. With Australia being a significant market for the company, it’s difficult to believe any restructure would affect Marlow’s position.

There is a reason Michael Harte, CIO of the Commonwealth Bank, has remained on this list for several years. He has not only spearheaded a huge upgrade from within his own company but is widely regarded as having the most expertise among the big four. The biggest benefit of this upgrade? Real-time services, a trend the Reserve Bank has deemed so important it has issued statements urging banks to upgrade their systems as soon as they can.

Harte’s knowledge extends across a wide array of technology topics, having spearheaded the implementation of several new services. Among the big four, Commonwealth has the fewest number of crippling issues leading to downtime. The end result? The Commonwealth Bank has one of the most advanced banking tech systems in the country, and it’s doing so for less money.

Alas, Malcolm Turnbull answers to Tony Abbott. His power is based on quicksand.