Will Brandis boycott the anti-boycott movement?

Calls for anti-boycott legislation by the Tasmanian forest industry will test the free speech bona fides of Attorney-General George Brandis. Will he take up the challenge? 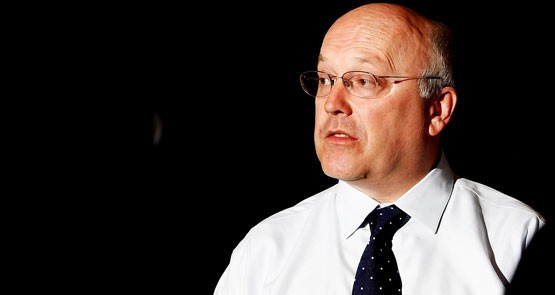 “Bliss it was in that dawn to be alive, but to be young was very heaven,” sayeth the man of the French Revolution.

Similar sentiments were found on the Right a couple of years back, when Andrew Bolt was hauled up under section 18c of the Racial Discrimination Act for his “swatch politics” — going over light-skinned Aboriginal people for their mixed-race ancestry, in a manner drawn from the racist Dutch Calvinist tradition of his forebears. The finding was that Bolt’s remarks were not merely collectively offensive, but that he had made wildly untrue accusations of unfair advantage against a number of Aboriginal high achievers. The Right went cock-de-hoop over this “assault on free speech”, etc etc, and vowed to make it an election issue. They didn’t, of course, because no one gave a rat’s, save for the Tinfoil Right who follow Bolt’s blog, and the pronouncements of David Flint, a character in search of a Get Smart episode if ever there were one.

They also tried to make it a Right/Left thing too, with then-shadow attorney-general George Brandis authoring a long screed about how the Right is always the defender of free speech. This was bollocks, of course — the issue of grossly insulting and offensive racist speech is more complex than that. But in any case there were many of us on the Left who did express disquiet over such blanket “insult” provisions, especially as they were being rolled into the new Human Rights Act. Never mind. The Right needed a heroic narrative, and they got it, in their hinterland at least.

Well now they have a test of it, with calls by the Tasmanian forestry mafia for a law that would expressly ban calling for consumer boycotts of forest products made from old growth timbers, and even a criminalisation of the act of supplying information to potential buyers of such, to show that claims of ethical sourcing were false. “We’ve had enough of free speech,” said some consigliere of this discredited, corrupt, backward, rent-seeking movement (on the ABC’s 7.30) — an industry whose main activity these days is to damage the viability of Brand Tasmania as a source of ethical products and as a tourist destination. You couldn’t really put it more clearly than that.

Banning boycotts, and product information, is a doozy of a free speech issue, because it not only attacks the individual’s right to free speech, it attacks the market mechanism of information circulation. Since the market model assumes that I have infinite time to consider all the attributes of two comparable products, market efficiency relies on more information, not less. It’s a dual attack on liberal freedoms.

So you would think that the Right would leap right on it, right? Wrong. Since the push was announced last week, the silence has been deafening. Nothing from Bolt, nothing from Piers Akerman, nothing in Catallaxy, nothing from Tim Blair (who is on holiday in communist France) — only the rule-proving exception of Chris Berg, the Institute of Public Affairs’ tame potoroo, kept on to do amusing tricks. We await word from Planet Janet and the Wormhole Kroger, among others, as to what they think of the matter.

And nothing, as far as I can see, from Brandis, who is now the non-shadow Attorney-General. Yet this is the crucial test of his bona fides. Either you genuinely believe in a realm of open speech (it ain’t free when one man owns 70% of it), or you don’t. Will Brandis out himself as simply a servant of capital, willing to go into bat for the Murdoch empire and giving the Tasmanian brownies a free pass — or does he actually have a spine, somewhere beneath the place where his neck should be?

We will find out. This government is starting to get interesting. Bliss it was to be alive, etc.

Listen here Rundle.
The only reason the Potaroos of Australia Collective, haven’t bounced over to kick seven types of crap out of you for that Chris Berg crack……
Is because they’re still laughing too hard at……
[David Flint, a character in search of a Get Smart episode if ever there were one.]
You’ve been warned.

Holy crap. This boycott thing could really take off if they ban it.

Of course the Right is the only defender of free speech, as long as it’s theirs; to be able to say whatever they like – and their Right to stifle/edit out alternate Wrong opinion.

My money’s on him “baking brownies”.

The situation is a little more complicated than the Tasmania forestry person can manage. Section 45D of the Competition and Consumer Act 2010 prohibits boycotts but section 45DD of the Act exempts from that prohibition boycotts by an employee against their employer as part of industrial action and it also exempts boycotts for environmental or consumer protection.

On some occasions Tasmania forestry is arguing for the removal of the exemption for environmental boycotts. If environmental boycotts were illegal then advocating them would normally also be illegal since it is usually an offence to urge or solicit someone to break the law. But sometimes the Tasmania forestry bloke goes strait for making it illegal for anyone to advocate a green boycott, and thus directly attacks freedom of speech.