Here are some of the findings of academics who analysed 700 million words, phrases, and topic instances collected from the Facebook messages of 75,000 volunteers, who also took standard personality tests.

The Supreme Oxy Active man. Our Prime Minister is becoming a one-man advertising medium. On weekends it’s the drug company featured on his cycling lycra. Yesterday’s plug was for the soap powder that gave him the venue for his post-factory-tour press conference. 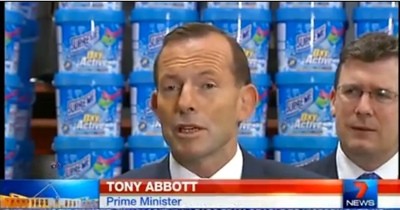 The words we use on Facebook and what they say about us. Neurotic people disproportionately use the phrase “sick of” and the word “depressed”. Males use the possessive “my” when mentioning their “wife” or “girlfriend” more often than females use “my” with “husband” or “boyfriend”. Mentions of an assortment of social sports and life activities (such as basketball, snowboarding, church, meetings) correlate with emotional stability. Introverts show an interest in Japanese media (such as anime, pokemon, manga and Japanese emoticons: ˆ_ˆ).

They are among the findings of academics who analysed 700 million words, phrases, and topic instances collected from the Facebook messages of 75,000 volunteers, who also took standard personality tests. Their Personality, Gender, and Age in the Language of Social Media: The Open-Vocabulary Approach reveals striking variations in language with personality, gender, and age. “In our open-vocabulary technique, the data itself drives a comprehensive exploration of language that distinguishes people, finding connections that are not captured with traditional closed-vocabulary word-category analyses.”

Understanding no real temperature increase in 15 years.  A simple graph of temperature anomalies to keep in mind now the misinterpretations of the IPCC’s new report, due out tonight AEST, are well underway.

“If you look at the 15-year period up to 2006, the warming trend was almost twice as high as normal (namely 0.3 °C per decade) but nobody cared [red line on graphy above]. We published a paper in Science in 2007 where we noted this large trend, and as the first explanation for it we named natural variability. There is a certain asymmetry in that 15 years of high trend don’t raise much interest, whilst 15 years of low trend do [ blue line on graph]. The reason is that interest groups strongly push the latter.”

Location, location, location. So you thought a yachting match race could only have one winner. Maybe so but the winner depends on where you are. Here in Australia the America’s Cup victory by Oracle was a triumph for the boat’s NSW-born skipper Jimmy Spithill. As Sydney’s Daily Telegraph puts it this morning, “The thunder from down under still a sailing force”. Except in London the namesake newspaper declared the result a triumph for Ben Ainslie, “Britain’s most celebrated sailor since Lord Nelson,” who joined the winner’s crew when they were trailing badly and revived it with his tactical genius. Which was something that the paper in the home town they all raced in did not notice:

As Mark Twain might have said, clearly it’s a difference of opinion that makes a yacht race.

More give, less take. They have that noble slogan at the NAB.

So what do those fine words mean? Perhaps this morning’s Financial Times of London provides a clue in its coverage of a 8.9 million pound regulatory fine handed out to NAB UK subsidiaries Clydesdale and Yorkshire banks yesterday for their treatment of customers affected by mortgage payment errors.

“For customers, the problems dated back to the period 2005-2010, during which a software error caused repayments on variable rate mortgages to be miscalculated — leaving thousands of borrowers underpaying their loans. When the mistake came to light, Clydesdale demanded that these borrowers pay higher monthly sums to correct the 21.2m pound shortfall — but failed to inform them that they could reject this request. According to Tracey McDermott, the Financial Conduct Authority’s director of enforcement and financial crime, the bank ‘sought to pass all of the consequences on to its customers — expecting them to find the money to remedy mistakes which were entirely of Clydesdale’s making.'”

And another thing. With thoughts on the morality of pillars of the financial community on the mind, amuse yourself by having a read of the Justice Department’s criminal complaint lodged this week charging three players in the London Interbank Offer Rate market (LIBOR) with various types of fraud that resulted in innocents paying more in interest than they should have. It’s a story of theft on a grand scale where one commentator argues the criminality is basically just an extension of banking’s core business. 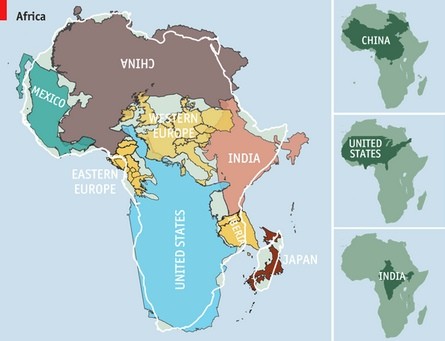 Australia’s banks are the guardians of moral society. Yep, we kid you not

They were all out of “Oxy-Moron”?

And, is it true, Team USA (why not “Team America”?) only had one Yank?

“‘Banking’ it’s what you do when you don’t think you’ll get caught”?