The gas industry has taken a problem of its own making to spin its drilling activities. And the federal government seems to have taken the bait, writes Australian Institute economist Matt Grudnoff. 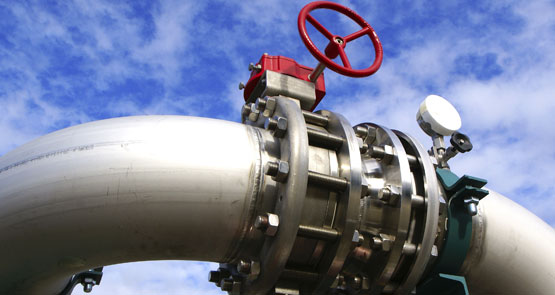 Winston Churchill once said, “never let a good crisis go to waste”. The gas industry clearly agrees with him. It has taken a problem of its own making and turned it into a reason why Australians should ignore all their concerns about coal seam gas and let the industry drill wherever it likes. And if comments from our new federal Minister for Resources are to be believed, he has swallowed the industry’s spin hook, line and sinker.

Ian Macfarlane told a gas summit in Sydney on Thursday: ”Addressing the possibility of a gas shortage in New South Wales is one of the most important priorities.” But before you can solve a problem you first have to understand it.

Industry problem 1: In pursuing higher profits, the industry has constructed large gas export facilities near Gladstone in Queensland. The rest of the world is willing to pay much higher prices for gas than Australians on the east coast are currently paying. When the gas industry links the eastern Australian gas market to the world market, consumers will have to match the price producers will be paid if they sell their gas overseas. The result is likely to be up to a tripling of wholesale gas prices.

Industry problem 2: At a time when prices (and hence profits) are about to go up, new restrictions like the two-kilometre buffer zone around residential areas in NSW have been introduced. This is going to make it harder to take advantage of the new, more profitable price and extract more gas.

The industry’s “solution” is inspired. Blame the price rise on the new restrictions and claim that if governments get rid of the restrictions, that will put downward pressure on prices. Not only does the industry avoid the blame for any price rises, but it gets to redirect the public outcry as political pressure to remove the restrictions.

Even if NSW removes all restrictions on CSG and allows gas wells all over Sydney and the rest of the state, this would only increase the world supply of gas by a relatively tiny amount — and would only lower the world price by the tiniest of amounts. More domestic production is not going to stop the wholesale gas price from tripling.

The industry has also claimed that the reason gas prices are going to rise is because all the cheap gas has been extracted and the only gas remaining will cost more to extract. It may be true that the cost of extracting gas is going to rise in the future, but that is not what is going to determine the price of gas. Again, the price of gas will be determined by the world price and that means the wholesale price could triple.

The industry has also attempted to link the restrictions in NSW to a future gas shortage, making alarmist claims about a gas “crisis”.  The problem with this claim is that restrictions in NSW have nothing to do with the “shortage” of gas, which is not caused by a lack of supply but rather a massive increase in planned exports of gas. The industry is building facilities to send 1346 PJ of gas overseas. To put that in context, when these facilities are up and running they will almost triple world demand for Australian gas. A plan for a massive increase in exports seems like a strange thing to deal with a “shortage” of gas.

What the industry’s solution will do is put a lot of new CSG wells all over the state and potentially endanger the water supply and environment and put at risk productive farming land. Oh, and it will also make the gas industry a bucket load of extra profit.

Are Victoria and NSW really going to be forced to start fracking?

The secret of the gas crisis is that it is bullshit

So a senior economist says a lot of CSG wells will “potentially endanger the water supply and environment and put at risk productive farming land”. I guess that means that as a geophysicist I can say his arguments about gas price responses to supply and demand are bunk.

“What the industry’s solution will do is put a lot of new CSG wells all over the state and potentially endanger the water supply and environment and put at risk productive farming land”
If what has happened in the US is any indication, the ‘potential’ goes to the ‘inevitably’. I got the impression from McFarlane news reports were that he wanted CSG mining in water catchment areas, which the NSW Government is against. I would suspect not because of environmental reasons, but electoral when the proletartiat see inflamable water coming from out of their taps.
Leave it in the ground, the risks are too great.

Sure you could say price does not respond to supply and demand, as a geologist. What profession would I need to be if I wanted to point out the apocalypse that CSG has wrought in rural Queensland?

It’s an assault on water supplies around the planet, check where every major acquifer is in the world, and then check where all the CSG projects are?

You dont have to be a genius to figure it out. We are left with a choice temporary gas that will not be reserved for domestic supply and will be sold overseas or poisoned ground water that will end up in tributaries and water catchments. Less than 50% of the water and over 600+ chemicals pumped down these wells will not be returned to the surface (so it magically disappears into the netherworld)

Why do we need a (corporate payrolled scientist) to figure that out, at the end of the day it’s temporary gas or clean potable water??

Water the new gold of the future!!

Thanks for a thought provoking article.
Mark Duffett (comment 1) what are the odds that anyone from the gas industry will rebut any claims written here?