Jim Morgan remembers a friend in the literary world, the great C.J. Koch.

I wrote a version this piece four years ago, on the occasion of the death of John Updike. His hero, “Rabbit” (though Harry Angstrom was fictionally born in 1933), I had followed for a half century, noting my birth was in the same year as several famous writers, mostly North American, but unaware that our own resident genius, Christopher Koch, a great Tasmanian, was also born in 1932 — on July 16 in Hobart.

Drawings of C.J. Koch by W.H. Chong based on a photograph by Neville Ludbey.

He lived and worked all over the world but eventually came back to Richmond, a village just outside Hobart for his last decade, only to die of cancer last Sunday, not far from where he was born. In October last year we were on my melanoma furlough visiting MONA and spoke to him on the telephone but Chris was too sick to receive us, so that was that.

The Great Depression climaxed in 1932, as did those who slept together, even then so long ago, so that in Pennsylvania Wesley and Linda Updike begat John, born 18 March 1932. The very next day, Francis de Groot slashed the ribbon to open the Sydney Harbour Bridge. Then there was the birth of Christopher Koch. Two weeks before Chris on 1 July came the creation of the Australian Broadcasting Corporation for which Chris was to work, developing his skills. Meantime, in far-off Trinidad and Tobago Seepersad Naipaul begot VS who made his appearance on 17 August. And last of all there was me, 9 October, a bi-product of OAFs (Old Adelaide Families — for what that’s worth) third child and afterthought. But Philip Roth missed out, being born 19 March 1933, a few months too late.

My wife, Katherine Hattam, and I first met Chris after another life-changing meeting with Roger McDonald (who had just won The Age Book of the Year with 1915) at the posthumous launch of David Campbell’s last volume of poetry, The Man in the Honeysuckle in 1979. We were busy taking over Wee Jasper Station, a romantic but practical extension of our new relationship, spreading the farming risk in my then occupation of Managing Director of The Mutooroo Pastoral Company in South Australia.

Roger introduced us to other writers, his then wife poet Rhyll McMaster, Geoffrey Lehmann and ex-poet (like Roger) Christopher Koch who had just published The Year of Living Dangerously. (That remarkable book, ed.) We remain close friends with Roger and his second wife Sue Fisher, recently receiving from him a generous copy of his latest novel, The Following, hot off the press. Back in the 1980s we saw a bit of Chris, staying with him and his then girlfriend in Sydney, and hanging out when he visited us in Geelong.

Chris was a good-looking man, very funny, and unfashionably in-your-face right wing politically, which I took in my old Adelaide stride, and which Katherine, more enlightened and better educated thanks to her mother, and her own time at Melbourne University under Graham Little and ‘Foo’ Davies in the Politics Department, found ‘annoying’. The years passed, he moved, we moved, taking on house after house in some manic escape; from reality perhaps, who knows?

I like the company of novelists, if only hanging out on the fringes by my birthdate. Koch was unable to attend the Hobart launch of his novel, Lost Voices, last year through what turned out to be a fatal illness. Poet and launcher Jamie Grant, an old supporter of my own efforts as a novelist, said, ‘If we pay close attention to the words on the page in the books of all the authors I have just listed, it soon becomes apparent that Koch exists on a different dimension’ — Grant had listed the Australian Literary All-stars (see the launch speech.) I agree — as each of Koch’s novel appeared, usually years apart, it seemed unlikely that it could eclipse or even equal its predecessors but it always did, something it would be hard to claim for any other Australian writer. He did not switch genre nor did his skills fall away.

Guest reviewer, James Waite Morgan, ex-pastoralist and novelist: Parakeet, Loving Helen, The Artist’s Wife, Fat of the Land — is the biographer of his grandparents, S.A. men in The Premier and the Pastoralist.

Journalists Who Have Made it in Senior Mangement 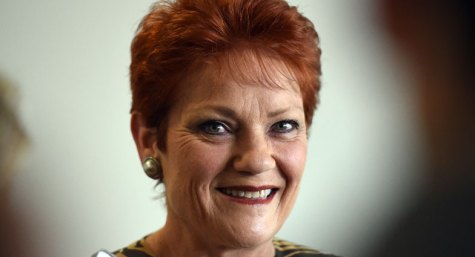 Hanson and the political business model of downward envy