Aquaculture insider: the diseases that could ruin my industry

The damaging escape of a virus from an abalone farm is no surprise, an aquaculture insider explains; the industry has serious problems and some sites are breeding grounds for diseases and parasites. 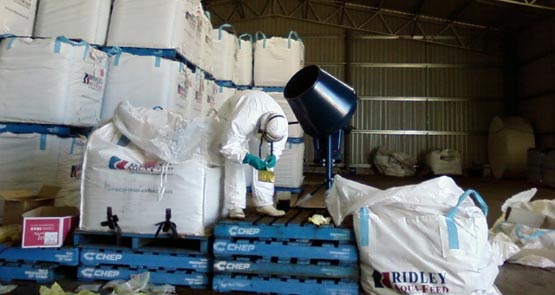 Viewed by some as a panacea for global seafood supply, aquaculture in Australia is still in its infancy, and some fundamental problems need be addressed. One problem that can have catastrophic implications on wild fisheries is biosecurity.

Recently the escape of a herpes-related virus from a Victorian abalone farm almost wiped out the Victorian wild abalone fishery. Fortunately, the virus did not affect the entire population, as a small proportion were virus-resistant. From this small, resistant population the wild population is recovering.

After working for one of Australia’s largest aquaculture companies, the release of this virus was of no surprise to me.

Except for trout and salmon, the other popular aquaculture species in Australia are native. These species range from the iconic Murray cod and barramundi to yabbies, abalone, oysters, mussels, southern bluefin tuna, mulloway and kingfish. When problems arise in these farms, there are few measures are in place to protect wild populations.

When these species are kept in artificial conditions at high densities, they are prone to stress and more susceptible to disease. Even with best practices in place, aquaculture facilities can become breeding grounds for problematic diseases and parasites.

The aquaculture company that I worked for as a fish health technician had two components. The land-based hatchery (where the parent fin fish were breed and fingerlings were produced), and the seacage grow-out, where the fingerlings were grown up for the seafood market.

The hatchery worked in a similar way to the Victorian abalone farms. It was a land-based facility that required a constant flow of seawater. To protect the hatchery from external pathogens and parasites, the pumped seawater went through a complex series of filters. However, the only treatment measure for water exiting the facility was a small settlement pond, removing suspended solids. While the pond helped the clarity of the water, any pathogens or parasites triggered within the facility could easily be released into the environment.

Fortunately fish health problems in the hatchery were rare. The seacage grow-out component of the operation consumed the bulk of the health technician’s time.

These seacages, floating offshore, contained up to 30,000 fish per cage. Seacage aquaculture is great in that it allows water to pass through, exposing the captive fish population to clean, oxygen-rich water.

Because of the flow-through cage design, there is no barrier to protect local fish populations from problems arising within the cages. When problems arose it spread not only within the cage, but to all the cages at the site. These cages were sometimes a kilometre apart. Wild fish were the transport mechanism. The captive fish were easier to treat than the wild populations, which can easily reintroduce any pathogen disease or parasite once it is treated in the cages, creating a vicious cycle.

The main problem we faced were “flukes”, a small worm-like parasite that has a short lifecycle and can produce thousands of eggs. While these flukes are not uncommon on wild fish, the sheer number found on the wild fish outside the cages was phenomenal. This made controlling the flukes difficult to manage as when the cage was treated, wild affected fish would soon bring them back.

Flukes were not the only problem. Often “mystery” diseases and infections would wipe out thousands of fish in a single hit and emergency antibiotic treatment would be administered as a last-ditch effort to protect the remaining population. Because of the infancy of the industry not all diseases have been robustly studied and treatments are limited.  Even less is known about the effect of these aquaculture-exacerbated fish health problems on wild fish populations.

There’s a fantastic book called “Four Fish” which takes a good in-depth look at both wild and aquaculture fisheries. A worthwhile read if you’re interested.