What in the world is going on in Germany? The Left parties could form a coalition government without Angela Merkel, but they won't. Plus other political snippets noted along the way.

A lesson from Germany for Australian Labor. For those of us inexperienced in the ways of coalition governments it seems a little strange to read of German Chancellor Angela Merkel’s triumph at the weekend election. Her Christian Democratic Union might have achieved the highest vote of any party for decades, but she failed to reach a majority, and the party that provided her with a majority in the last parliament is not represented at all in the new one. Merkel now has to find a new coalition partner, but if the three Left parties were to reach an agreement they would, in fact, have the numbers on their own.

Apparently it is unlikely that the second biggest vote getter, the Social Democrats, will agree to have anything to do with the inheritors of the old Communist Party and will end up reaching agreement with the Christian Democratic Union to form a grand coalition. Yet the last time the Social Democrats entered such an alliance, their own popularity plummeted, and it has nowhere near recovered to its previous levels.

The difficulty, it appears to this distant observer, is for the major Left party to accept the reality that it can no longer be the sole representative of liberal opinion. To implement its core beliefs requires an alliance with parties further to the Left than itself, rather than confronting them as opponents. Not so different to the position that the Australian Labor Party finds itself in with the Greens, actually.

Playing safe and wasting billions. Trustees of pension funds very much rely on the advice of investment consultants when deciding where to invest money. It might involve an extra snipping of the ticket that reduces the eventual payout when people retire with their superannuation, but it at least it gives those trustees someone to blame if things don’t turn out as well as hoped.

But according to a study by academics from Oxford university’s Said Business School, following the advice of the investment consultants, accounting for more than 90% of the market, resulted in recommended US equity funds underperforming other funds by 1.1% a year between 1999 and 2011.

A lesson from neuroeconomics. As if that business of understanding economies were not difficult enough already. Now we have a new branch of the discipline to contend with. Move aside, all you free-market believers. Neuroeconomics is the new way of trying, in the words of a just-published academic paper, to “dissect the neural mechanisms by which risk processing, anticipatory affect, fictive learning signals, inference about information possessed by other traders, and mental accounting of trading outcomes shape financial decisions”.

We can put those dramatic rises and falls in Japanese stocks in the 1990s, the US high-tech sector in the late 1990s, and housing prices in many countries from 2000–2008 down, argues In the Mind of the Market: Theory of Mind Biases Value Computation during Financial Bubbles, to activity in the medial prefrontal regions of the brains of traders. So over there at the Reserve Bank they should now be studying things like this: 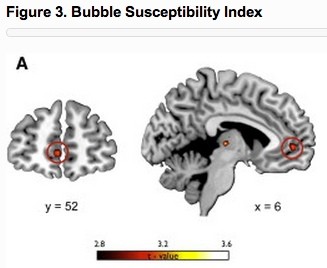 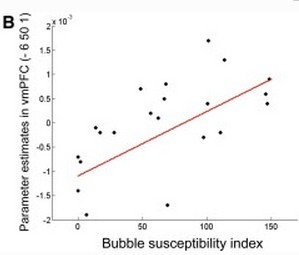 Now for a lad with a quite undistinguished pass in university Economics 1 and no knowledge at all of how the brain works this academic paper is all a bit complex. So I hope I will be forgiven for relying on the press release of the authors rather than the study itself to report that market bubbles that lead to financial crashes may be self-made because of instinctive biological mechanisms in traders’ brains that lead them to try and predict how others behave.

“Dr Benedetto De Martino, a researcher at Royal Holloway University of London who led the study while at the California Institute of Technology, said: ‘We find that in a bubble situation, people start to see the market as a strategic opponent and shift the brain processes they’re using to make financial decisions. They start trying to imagine how the other traders will behave and this leads them to modify their judgment of how valuable the asset is. They become less driven by explicit information, like actual prices, and more focused on how they imagine the market will change.

“‘These brain processes have evolved to help us get along better in social situations and are usually advantageous. But we’ve shown that when we use them within a complex modern system, like financial markets, they can result in unproductive behaviours that drive a cycle of boom and bust.'” 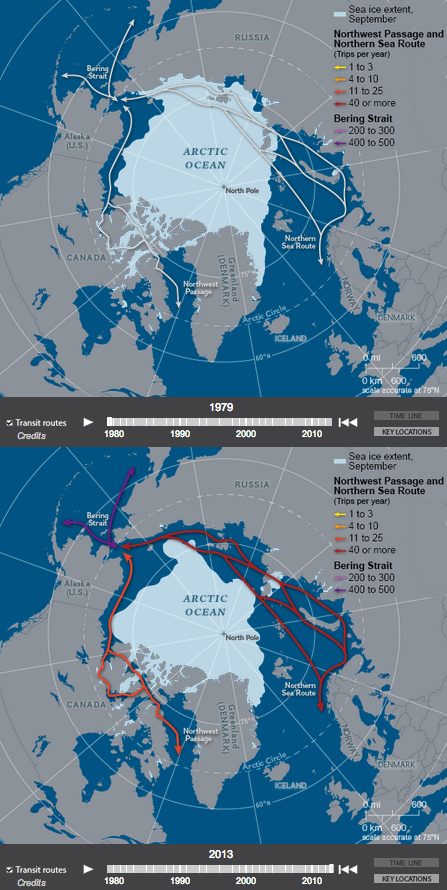 According to Der Spielgel the Social Democrats may not do a deal with Merkel, the reason being that last time it was they who pushed for successful and better social welfare programs but the Christian democrats took the credit. Either way the CD are to the left of both Australian major parties.
The lesson for Australian politics should be that a government that promotes harmonious co-operation between unions and business as in Germany where results benefit all stakeholders without the continual demonising of workers along with good welfare benefits has produced the most powerful country in Europe.

So the ex-head of the NRC continues to chant his anti-nuke litany. For many years the NRC has been a very effective Spanish Inquisition for the American nuclear industry. But considering how much damage the carbon-burning replacements have done to the climate, it is more likely that our descendants will be burning his effigy than remembering his message.