Campus Liberals are celebrating after Christopher Pyne moved to act on voluntary student unionism. But Labor and the Greens are rallying to defeat any moves to abolish compulsory fees. 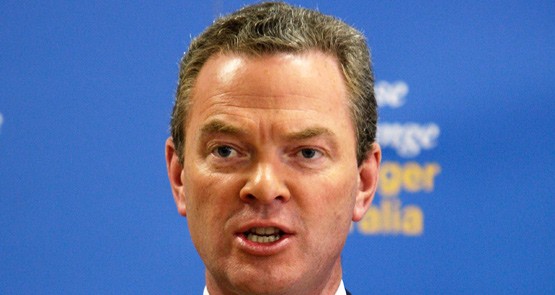 The current $273 student services and amenities fee, which Pyne claims is ”compulsory student unionism by the back door”, is collected by universities on behalf of student unions. A panel comprising university and student representatives decides where the money will go. It’s a strict process — there are 19 possible non-academic uses and funding for political parties is banned. And it’s not compulsory — it’s up to each university to decide whether to charge it and students can defer it to HELP.

Pyne’s plans were not discussed prior to the election. But as Crikey documented when the Gillard government’s legislation overturning the Howard-era ban on union fees was finally passed in 2011, ex-campus warriors now in the Parliament, notably Liberal Senator Scott Ryan, rate the issue highly because of a desire to crush the remnants of the university Left that, according to French theorist Alain Touraine, were once mooted to take over the historical role of the working class in the transition to a socialist society.

The Coalition at large has previously been split on the issue. During the bitter VSU debate in 2005, Nationals senators Barnaby Joyce and Fiona Nash and Liberal Alan Eggleston all publicly expressed their concern over the impact on rural campuses, siding with Labor leader Kim Beazley before eventually securing a $100 million chop-out. Interestingly, queries directed to Senator Nash, now Assistant Health Minister, were met with a firm “no comment” this morning and Crikey was referred back to Pyne.

Pyne’s changes are again likely to meet with fierce upper house resistance — there is no way Labor and the Greens will compromise in the current Senate. Assuming three Palmer United Party senators after June 30 next year, Labor, the Greens and PUP will be able to combine to block government legislation (Palmer has said that education should be “free”).

Greens higher education spokesperson Senator Lee Rhiannon told Crikey that it’s unlikely the legislation will appear this year, with just two sitting weeks scheduled, but the party “will be talking to the Nationals, moving a motion to highlight importance of these fees, and also highlighting the importance of opening up our universities to students from disadvantaged backgrounds”.

The torturous process leading to the reintroduction of fees has been well documented. The Higher Education Legislation Amendment (Student Services and Amenities) Act eventually passed the Senate two years ago after a previous 2009 version of the bill was defeated when Joyce refused to cross the floor.

Senate debate featured prolonged filibustering from Ryan, a former National Union of Students national executive member, and his Queensland buddy, opposition tertiary education spokesperson Brett Mason. Mason claimed under parliamentary privilege that officer bearers at his former alumnus the Australian National University had diverted student money to the Palestinian Liberation Organisation to strike back against Zionism. Ryan reckoned Melbourne University money was used to subsidise the cafeteria with the cash register takings then sent to lawyers to defend the so-called “Austudy Five” (the claims were debunked in 2011 by a campus contemporary).

The talismanic torch has been passed to a new generation of right-wing activists. Crikey understands that Australian Liberal Students’ Federation president and La Trobe rabble-rouser Evan Mulholland has been in Mason’s ear for months, banging on for the need to scrap the fee. Chief among the little Libs’ concerns is that one of the 19 categories of funding allowed under the fee is for clubs affiliated to the union. Even though the legislation explicitly prohibits funding to a “political party or a political candidate”, certain clubs linked to campus Trotskyites Socialist Alternative (titular head Mick Armstrong was a member of the Austudy Five) may sometimes be able to secure small subsidies. The Institute of Public Affairs has demanded that VSU be reintroduced, taking cues from the Queensland Young LNP.

National Union of Students president Jade Tyrrell told Crikey that “any move to remove funding to student services and activities on campus or the classroom would be devastating for student life and the student body as a whole”. Despite blow-ups on some campuses, an NUS report on the SSAF negotiation process released last year painted a reasonably rosy picture. Overall, universities have been grateful for the extra moolah in the context of planned cuts to higher education.

Tyrrell highlighted the government’s review into the SSAF’s representation guidelines released earlier this year. The resulting amendment could still be considered, despite the conclusion of the 43rd parliament.

Overturning the current system because of a concern that small sums have leaked to the Trots would do more to hasten the revolution than the Trots ever could.

The Nat’s were right (sry, fingers wobbly as I typed that) but not only about regional or rural campuses. I have never met anyone that couldn’t attend Uni because of this fee. I know quite a few people for whom the services funded by the fee made a real difference.

Amend funding requirements to avoid rorting and political use, but preventing Uni’s from collecting the fee will only impose further barriers to higher education on those who need the services.

This Liberal government have started from a very low intellectual level. It is hard to see any evidence of ideas or policy at all apart from winding back all of Labor’s reforms. This total absence of ideas and an embrace of all the battles fought in the 90s will have devastating consequences for their party in the medium and long term. The demonstrated corruption and violence of the Liberal students in power in student unions has permanently damaged their credibility. Simply cheering for the abolition of student unionism is a very poor substitute for any kind of serious education or higher education policy and it is not even an effective smokescreen. When are we going to have an adult conversation about policy and not this childish nonsense?

Labor should have followed the advice of Andrew Norton (‘Carlton’s lone classical liberal’) and simply allowed universities to increase their fees by, say, $500, to pay for student amenities and services. But, no, Labor had to make a bloody meal of it to play to its political base amongst students.

‘University councils should have the power to include, in setting their fees, an amount to cover a limited range of student services, particularly the sporting and recreational facilities that enhance the university experience.’ (page 21)

There does seem to be a bit of a recurring theme with this government already, doesn’t there? That is, a range of small-minded acts of petty vindictiveness.

Is this the most important thing Pyne could be working on? What about student absenteeism in remote communities or around 1000 other serious education issues? Clearly the libs are all about playing petty politics to inflict damage on their opponents rather than pursuing outcomes that are in the national interest. Pathetic.