Climate change activist gets BHP board hot under the collar

The board of BHP Billiton has told shareholders to reject Ian Dunlop's application for the company's board, despite his numerous credentials for the role. His climate activism is the problem. 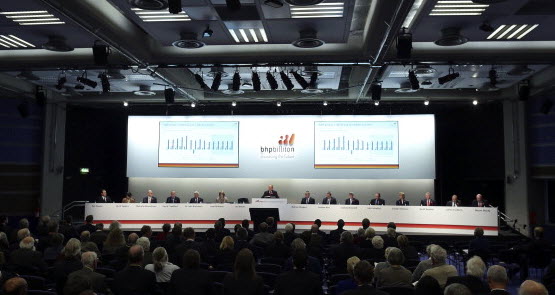 In a battle that will be a proxy for the political brawl in Canberra and elsewhere between business, climate change believers and the Abbott government, BHP Billiton, the world’s biggest miner, has told shareholders to reject a noted climate change activist who has nominated himself for the company’s board.

The activist — former coal company executive Ian Dunlop — has a resume that would cause any mining company here or around the world to consider him, with decades of high-level experience in the industry. But BHP chairman Jacques Nasser and the rest of the board have resorted to the tired canard that Dunlop is a “single-issue” candidate and therefore not suited to the boardroom of BHP.

Dunlop, a former Shell Coal executive, is as experienced in the area of mining and coal mining as any non-executive member of the company’s board. As BHP is one of the world’s biggest coal miners (and a significant producer of oil and gas) and the world’s biggest coking coal exporter, Dunlop would be well suited to the boardroom.

He has decades of experience in energy resources, infrastructure and international business, including 27 years with the Royal Dutch Shell Group. He was senior executive and has director level experience in oil, gas and coal exploration and production. He is a past chairman of the Australian Coal Association in 1987–88 and the Australian Greenhouse Office experts Group on Emissions Trading (1998–2000) and was CEO of the Australian Institute of Company Directors from 1997–2001. He is a fellow of Institute of Company Directors, the Australasian Institute of Mining and Metallurgy, the Energy Institute (UK), a member of the Society of Petroleum Engineers of AIME (USA) and a member of The Club of Rome.

“The Board, assisted by the Nomination and Governance Committee, has considered Mr Dunlop’s nomination in the context of the structured and rigorous planning it undertakes for Non-executive director succession. A threshold requirement is for the skills and experience of any prospective Board member to add to the overall skills and experience of the Board and meet its future needs. In this context, the Board considers that Mr Dunlop would not add to the effectiveness of the Board.”

The board also referred to his climate change activism, calling him a “single-issue” candidate not suited to the role. In the material supporting his nomination, Dunlop said:

“In my view, the greatest challenge the world, and BHP Billiton, now faces is global warming caused by greenhouse gas emissions from human fossil-fuel consumption. The extent and speed of warming has been badly underestimated. Current policies are leading to an average surface temperature increase in excess of 4oC, compared with the ‘official’ target of less than 2oC. This is a world of 1 billion people, not 7 billion, in which business as we know it is not possible. It is nothing less than suicidal to continue investment in fossil-fuel expansion.

“The current Board must take action by changing investment priorities far more extensively than the Company has recently announced. I consider that my particular mix of experience and global perspective would complement existing board member skills in achieving what must become top priorities for BHP Billiton and its shareholders.’”

But in the meeting, Nasser told the board:

“A threshold requirement is for the skills and experience of any prospective Board member to add to the overall skills and experience of the Board and meet its future needs. In this context, the Board considers that Mr Dunlop would not add to the effectiveness of the Board. The Board also believes that the addition of a director whose focus is primarily on a single issue will not add to the effective governance of the business. For these reasons, the Board recommends shareholders vote against the appointment of Mr Dunlop. The Chairman of the meeting intends to vote undirected proxies against this resolution.” (BHP’s emphasis)

“Mr Dunlop has advised the Group that he wishes to draw attention primarily to climate change issues. As a global organisation producing energy products and operating in an energy intensive industry, we are continuously and actively managing risks associated with climate change. We have taken a leading role in the resource sector, acknowledging nearly 20 years ago that climate science justified action.

“Our Board has a depth of skills and experience in this area and the Group’s performance has benefited from its guidance. The Board believes that the addition of a director whose focus is primarily on a single issue will not add to the effective governance of the business. For these reasons, the Board recommends you vote against the appointment of Mr Dunlop. “

Dunlop’s nomination will be opposed by the federal government, which seems to be heading down the route of benign neglect on this issue. But his nomination will test the growing number of investment and super funds that have an ethical approach to investment that extends beyond pure returns and profits.

I want Ian Dunlop to be appointed .. where do I sign

Your super fund will have shares in BHP. How does it intend to vote ? Ask it.

If you don’t like the answer you get, you can tell them to get stuffed and transfer to another fund. Some funds, like Unisuper, have explicit policies about proxy voting the shares which your money has bought.

Since Sept 7 the rot appears to be spreading uncontained.

When world events and world opinion eventually swing against the traffic in steaming coal, BHP does stand to lose an enormous amount of capital equipment in mines and infrastructure. However they would still be in possession of an extensive clientele in urgent need of coal’s replacement.

It would take a board member like Ian Dunlop to read world events and world opinion to know when BHP must cut its losses. He may even be able to lead the preparations to launch the alternate supply before the event.

Look at Jacques Nasser’s record at Ford, littered with controversy and poor decisions. Nasser is addicted to fossil fuel one way or another – oil, coal, bring it on.

The city of Detroit portends what will happen to any business reliant on dated design &/or technology. One suspects Dunlop’s ideas and innovation would run rings around Nasser.