The secret may be out of the bottle when it comes to winemaking -- no one seems to be buying heritage brands anymore. Plus other political snippets of the day.

A warning shot for Scott Morrison. This little item from the Cut and Paste section of The Australian this morning should serve as a warning for the new Immigration Minister that things change after your party wins an election. No longer do you get unqualified support from the Murdoch press, especially when you try and keep information secret. 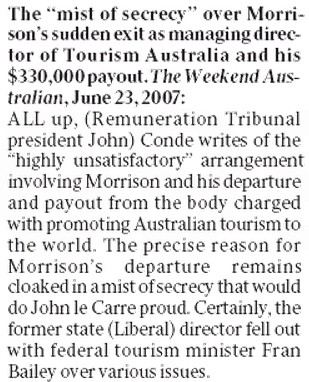 Misunderstanding the wine industry. From the moment the biggest player in the Australian wine industry decided that its product could be treated as just another “fast-moving consumer goods industry”, a financial disaster was bound to happen. Marketing people from other products failed to grasp that wine is special in being based on illusions carefully nurtured over centuries, with almost all of them based on complete nonsense. Most people — even the so-called expert palates — cannot pick a Grange from a well-made irrigation-area replica.

The predecessors of Treasury Wine Estates, which yesterday got rid of its managing director in the face of disappointing financial results, started the decline of those famous illusions of quality like Lindemans, Burings and Wynns the moment some bright FMCGI marketer convinced his superiors that being a virtual winery was all that was needed. Forget about all that talk of terroir and the need to own vineyards in the supposedly great wine-making areas. Just buy in the grapes from anywhere and process them in a winery looking like a petrol refinery and whack the old label on.

But with the story of a great heritage dispensed with the drinking public eventually realised there was nothing special about a brand name. The premium for the heritage disappeared. And with it went Treasury’s profits.

Is nothing sacred? It’s been a bad week for contests of all kinds. A snooker player has been ousted for rigging matches; soccer games everywhere have been exposed as rorted; and now to cap it off there is the Eurovision song contest scandal.

Allegations of bribery and corruption have forced organisers to change the song contest rules. Some members of the judging jury it seems were bribed this year to vote for the contestant from Azerbaijan. Luckily the sting came unstuck with the Azerbaijan entry finishing second.

Under Eurovision’s old voting system, 50% of the votes for candidates came from an anonymous panel of professional jurors from each of the competing countries, with the remaining votes coming from viewer call-ins.

The new rules will make all jurors’ names public before the competition, although whether that will hinder improper practices or help them by letting the contest fixers know whom they have to bribe will add interest to the next competition, to be held in Copenhagen. 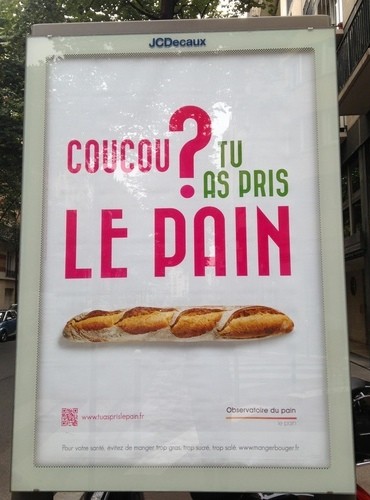 It’s a mistake for Morrison to try to do his own PR – Rupert likes to look after that side of the business.

Two weeks into a Limited News Party government.
The flogging they’re copping on highly visible, accessible and ubiquitous social media that is spreading into more conventional, for the selfish way they’ve carried on pimping Abbott.
Abbott’s majority (imagine the way they’d handle this if he’d had a “Gillard edge”?).
They can afford to be seen to give a rat’s about “due process” – they can’t afford not?