Growth turns towards the fast lane

If recent momentum in business confidence is sustained -- and it might be -- global GDP growth in 2014 could reach a pace not seen since before the global financial meltdown. 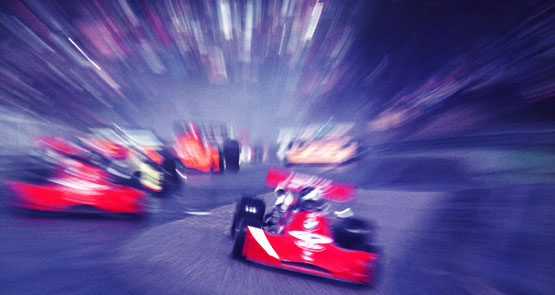 The world economy has taken another few steps towards more solid growth with the release of a range of purchasing manager indices and other surveys of the business sector across a large swathe of the world.

Adding to the more favourable outlook were comments from the president of the European Central Bank, Mario Draghi, that further long-term loans to the region’s banks may be made if economic conditions required such action. In other words, the ECB stands ready to “do whatever it takes” to foster the recent favourable news on economic conditions in the eurozone.

If the recent momentum in the measures of business confidence is sustained for the next few quarters, global GDP growth in 2014 could well reach a pace not seen since before the financial crisis in 2006 and 2007.

Most importantly for Australia and the commodity price cycle was the news from China. The HSBC Manufacturing PMI rose to 51.2 points in September from 50.1 points in August. This was a solid if not spectacularly strong result for China, with the HSBC economists suggesting the improvement was “modest”. As it stands, the manufacturing index is at a six-month high and is broadly consistent with GDP growth in China near a 7.5-8% range.

If Chinese GDP growth were to settle around that pace next year, it would act as a driver of stronger activity in Asia and would likely place a floor under commodity prices.

In the eurozone the composite PMI, which is the average of services and manufacturing, rose to 52.1 points in September, which was the highest level in 27 months. It was good news. Within the composite, services rose to 52.1 points while manufacturing edged a few ticks lower but was still above 50 at 51.1 points. Chris Williamson, chief economist at Markit, the firm that compiles the PMI, noted:

“An upturn in the eurozone PMI in September rounds off the best quarter for over two years, and adds to growing signs that the region is recovering from the longest recession in its history. It is particularly encouraging to see the business situation improved across the region.”

In the US, the “flash” manufacturing PMI came in at a respectable 52.8 points in September, down fractionally from 53.1 in August but still at a level that suggests the US economy is growing at a moderate pace. This moderate rather than more rapid pace was a critical factor behind the decision last week of the US Federal Reserve to maintain its bond buying program. While the economy is growing, the Fed wants to be sure that the growth momentum is self-sustaining before it starts to remove the current level of monetary stimulus.

There are, as always, some threats to the favourable outlook, with the US debt ceiling a potential concern within the next few weeks and months. Now a political issue, the Republicans are likely to be difficult when it comes to passing the legislation needed to increase the amount of debt the US government can have. This is a political tactic with no economic merit that could have market and economic consequences.

In 2011, when the Republicans played a similar game and delayed the increase in the debt ceiling, stocks fell sharply and business and consumer confidence was eroded as there were fears that the government would be unable to pay its bills. A similar political face-off in coming weeks would be unwelcome, to say the least.

After the lesson of 2011, it is more likely that the debt ceiling will be raised in the weeks ahead without there being a lasting effect on markets and the economy. There will be plenty of bluster and rhetoric, but hopefully no action to derail the US economy.

At the same time, corporate profitability is slowly but surely improving, which should spur higher investment over the medium term. Add to that a willingness of most policy makers to repair their damaged economies by keeping policy easy for a long time, and there are many reasons to be upbeat about the economic outlook for 2014.