Proof that the press release now dominates modern journalism -- the complaints about no more daily updates on boat arrivals.

How journalism has changed. Proof that the press release now dominates modern journalism — the complaints about no more daily updates on boat arrivals. There was  time when journalists reported things they had seen with their own eyes rather than needing the government to tell them a boat had arrived somewhere. Surely if there is not a full-time journalist or two on Christmas Island there’s someone who could earn a few dollars providing news tips.

A Crikey Indicator update. Very little movement over the last week in the market’s assessment of who will end up as Labor Party leader. Anthony Albanese is still the clear frontrunner. 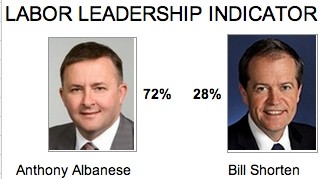 An ever-firmer favourite is that there will be no change in official interest rates when the Reserve Bank board meets next month. 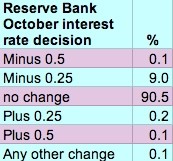 Giving me a hint? Not quite sure how to interpret the message from a reader sending me a link to this YouTube posting but it does suggest there is an alternative to what we see on our current affairs television. 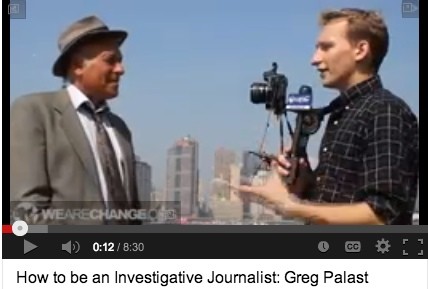 Gambling your way to fame and fortune. There was a time, not all that many decades ago, when the best and brightest leaving school went and studied medicine. That was the recognised path to a high income with the side benefit of living a working life that would do good to others. Not any longer it seems. Today, society’s young brainpower is increasingly being sucked into the financial services industry with a goodly proportion of that going into the more speculative fields, at the expense of traditional finance.

Robert J. Shiller, professor of economics at Yale University, describes the change in a recently published paper The Best, Brightest, and Least Productive? where he questions whether too many of our most talented people choosing careers in finance — and, more specifically, in trading, speculating, and other allegedly “unproductive” activities? He writes:

“In the United States, 7.4% of total compensation of employees in 2012 went to people working in the finance and insurance industries. Whether or not that percentage is too high, the real issue is that the share is even higher among the most educated and accomplished people, whose activities may be economically and socially useless, if not harmful.

In a survey of elite US universities, Catherine Rampell found that in 2006, just before the financial crisis, 25% of graduating seniors at Harvard University, 24% at Yale, and a whopping 46% at Princeton were starting their careers in financial services. Those percentages have fallen somewhat since, but this might be only a temporary effect of the crisis.

According to a study by Thomas Philippon and Ariell Reshef, much of the increase in financial activity has taken place in the more speculative fields, at the expense of traditional finance. From 1950 to 2006, credit intermediation (lending, including traditional banking) declined relative to ‘other finance’ (including securities, commodities, venture capital, private equity, hedge funds, trusts, and other investment activities like investment banking). Moreover, wages in ‘other finance’ skyrocketed relative to those in credit intermediation.

Schiller refers to a 2011 paper by Patrick Bolton, Tano Santos, and Jose Scheinkman which argues that a significant amount of speculation and deal-making is pure rent-seeking — wasteful activity that achieves nothing more than enabling the collection of rents on items that might otherwise be free.

“I can’t tell if education reformers are stupid, riddled with ideology, or just trying to make their projects seem grander than they are. But when they say you can’t solve poverty without education, they are wrong wrong wrong. If they don’t stop saying it, they should rightly be understood as antagonistic to the interests of poor people.”

It seems the residents of Christmas Island are doing the job as well as any journalist? They’re interested.

Re Palast – have all his books and videos, Great stuff, and a pity more people aren’t aware of what he uncovers.