News Corporation's full-year financial results are finally out -- but are those hefty profits reported legitimate? Crikey looks a little closer at the numbers. 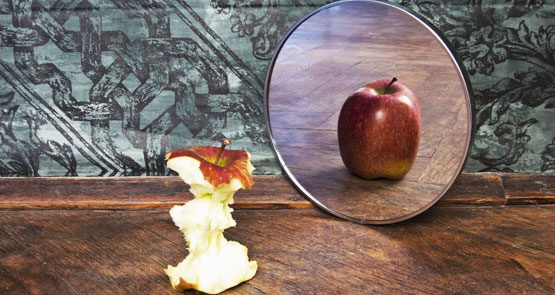 To delve into News Corporation’s full-year financial results — filed late on Friday in New York — is to enter a wacky world in which things are not quite as they seem. On one reading, News Corp says it earned a profit of $US506 million (around $A540 million) for the 12 months to June 30, but another reading reveals it lost almost $US800 million ($A850 million). Which would you believe if the company also told us that revenues in its biggest business — the newspapers in Australia, the US and UK — fell 10%, thanks to an enormous slide in Australian ad revenues?

With characteristic chutzpah, Rupert Murdoch has used the $2 billion he spent buying Cons Media’s stake in Foxtel to create a one-off book gain so large it offsets a big write-down in the value of the company’s Australian newspaper assets, thereby avoiding a bottom-line loss. And it was helped by profit from a major asset sale — $US300 million from the Sky NZ sell-off — and the fact the company paid little or no tax. All of this to disguise the financial impact of the dramatic turndown in its Australian newspaper businesses, which paid out more than a quarter of a billion dollars in restructuring costs over the year. Revenues for the Australian newspapers fell by US$350 million — or 15% — over the year.

Total News Corp earnings before interest, tax, depreciation and amortisation were $US688 million, down $US94 million from the 2011-12 year.

The bare minimum revealed by News Corp about the performance in Australia tells us just how tough it was for ex-CEO Kim Williams, who recognised the company’s problems and tried to rightsize the company before being ousted by New York management. The fall in revenues here in the year to June accounted for most of the $US450 million drop in ad revenues for the entire news and information group (which dominates News, accounting for 76% of the company’s revenues).

News said earnings before interest, tax, depreciation and amortisation fell $US192 million in Australia (but actual totals and other data were not given). No wonder the company lopped $US1.4 billion off the value of its Australian newspapers, which was at the top of the estimated range given by the company in May before the split.

The News Corp results were contained in a late-afternoon filing with the US Securities and Exchange Commission. There was no other announcement or statement. It was as though the News Corp board and management were ashamed of the report.

In fact the lack of an accompanying report from News contrasts badly with the release that accompanied the results in early August from 21st Century Fox, the other bit of the Murdoch media empire. That company detailed the group result with accompanying commentary, and then made a subsequent filing with the SEC. The SEC filing from News was the bare minimum the company had to do to comply with reporting under US laws.

And the filing failed to provide separate details of how the Dow Jones Company in the US, News in the UK and News Corp Australia traded and ended the year in terms of revenue, earnings/losses and full accounts. That’s unlike Fairfax and Seven West Media, which provided ample detail on how their various bits traded during the year, including actual revenue figures for both years, advertising and other revenues and the breakdown between digital and print. Digital revenues did not get a look-in the News Corp report.

Buried in the accounts is a line that gives you a good idea of just how badly the company went in the year. The line said that if you treated Cons Media as being owned by News since July 1, 2011, News’ revenues were $US9.084 billion in 2012-13, down from $US9.140 billion in 2011-12. And the company would have incurred a loss of $US798 million in 2012-13, up from the $US776 million the previous year. That loss is the real result for News Corp, the one that gives us an accurate idea of how poorly the company traded during the year, not the $US506 million arrived at by using tax accounting laws and regulations to “create” a handy book-profit.

News Corp owns a major bible publisher in Thomas Nelson. Does it now also believe in financial creationism? The coming year will tell.

Since his bible publisher is probably an arm of Amplify, his educational arm that awaits all our school attendees, it is natural to assume creationism should inflict his accounts.
It could also be suggested, with his anointment of our new ‘government’ he would expect to see advertising revenues explode here in Australia.
It is shame he couldn’t find some scribblers to write some intelligent and readable honest copy to fill in between the Commonwealth Government’s coming avalanche of advertisements.

Investors in News Corpse seem as ill-informed as its employees, but readers & advertisers know better!

Ad sentiment will improve greatly now we have a stable, rational and effective Government

There’s millions in “Creative Accounting” isn’t there? How much did the Murdoch’s “earn” while this has gone on?

One wonders why someone with such a strong belief in market economics, as Rupert Murdoch, would still be keeping his relentlessly contracting and loss making Australian newspaper business. Could it be that they come in quite handy, if want to get rid of a government?