Coalition draws a near-blank on support for wind power

How many Coalition MPs really support wind farms? Not many, it would seem.

While Prime Minister Tony Abbott is still clinging to the bipartisan 20% Renewable Energy Target, finding explicit support for the construction of more wind farms from those within the government’s parliamentary ranks is another question.

Abbott has promised to review the RET in 2014, bringing forward a previous Labor plan to push the review out to 2016. But for now, bipartisan support for the fixed target of 41,000 renewable gigawatt hours (GWh) by 2020 persists and wind, as the cheapest renewable energy source, will make up a significant proportion of that target. But a Crikey survey of sitting MPs shows that just one senior Liberal, Leichhardt’s Warren Entsch, has explicitly campaigned for more turbines.

Anti-wind rats caused havoc in June when Liberal members including Craig Kelly, the retiring Alby Schultz and Chris Back gave stirring speeches at the “National Wind Power Fraud Rally” as attendees complained about turbines causing wee irregularities. Abbott’s chief business adviser and rally supporter Maurice Newman has vowed to agitate to scrap the RET and has been on the front foot since the election, amusingly describing climate change last week as a “myth”.

In regional Victoria, voters are set to narrowly avoid the prospect of former Coalition Victorian upper house MP and wind critic Donna Petrovich representing their interests, with the ALP’s Rob Mitchell in the lead, according to latest counting. Petrovich was a keen supporter of government moves in Victoria to amend planning legislation to wrap turbines up in reams of red tape. Fellow rural Liberal Dan Tehan told Crikey last month that he too was concerned about the “health impacts” of the Waubra wind farm at the eastern fringe of his electorate.

Meanwhile, new environment Minister Greg Hunt has vowed to shut down the $10 billion Clean Energy Finance Corporation, calling it a “green hedge fund”, despite legal advice stating the government is powerless from preventing it issuing loans. Ironically, as Tom Arup and Ben Cubby noted last month, it is likely that a raft of wind farms could end up cropping up after the next election to offset the decline in investment if the carbon price and the CEFC go the way of the dodo and the government is still committed to the target.

So which Liberals are on the record supporting wind power? It seems like Entsch is to wind as Julie Bishop is to women among senior Coalition ranks.

Entsch has gone in to bat for a wind farm proposed in his electorate. According to The Tablelander last month, he said the following on the Mt Emerald development: “The bottom line is Mt Emerald would bring a lot to this region in terms of attracting investment, stabilising escalating power prices and raising our profile as a leader in sustainable energy solutions … It is time to start dealing in facts and the fact is that wind generated power is a hugely viable, largely untapped resource in this area that would provide us with a stable, viable energy solution.”

The Tablelander noted the area has the second highest wind resource in Australia: “Our electricity prices have doubled in the past five years and this figure will only continue to rise unless we look at reliable, practical and sensible power sources like wind, water and solar. It’s not rocket science — locally generated power will stabilise costs, if not drive them down.” Mr Entsch said claims noise from wind farms caused health problems were ‘‘unsubstantiated”.

The Environment Minister has been diplomatic about the claims wind farms cause ill health effects:

“… I also acknowledge that there are genuine and legitimate concerns in communities, and some of the members this evening will rightly express the concerns of their communities. Sometimes these communities have differing views within them on the impacts of wind on both human health and property values.”

“I do not know the answer. I do think it is right and proper for the Parliament of Australia to sponsor a full National Health and Medical Research Council independent science-based study using primary sources of actual testing to determine those. Nobody should have anything to fear because if there is a problem, we have a fundamental duty to find out. And if it is not a problem, then nobody need fear anything …”.

The Resources Minister has been dismissive yet diplomatic about health impacts, telling The Australian Financial Review:

“I’m open minded. I have seen nothing that indicates to me that they cause a health impact but at the same time the level of complaints and the style of the complaints are more than just the radical edge but actually common sense people says to me that we need to have a look at it.”

But the real-time wind farm sound monitoring suggested by Macfarlane would impose substantial costs on the sector, making it difficult for wind farms to operate.

In his blunt assessment of Abbott’s climate policy, Turnbull accepts the need to transition Australia from fossil fuels to renewable energy sources such as wind. Turnbull also appeared at the launch of a plan for 100% renewable energy by 2020. The plan recommends the installation of 48GWe of wind farms.

The former MP launched a plan for 100% renewable energy in Parliament in 2010. The Zero Carbon Australia energy plan calls for a massive rollout of 48 megawatt equivalent (MWe) worth of wind energy. Troeth sees wind energy as part of a suite of zero-carbon technologies. 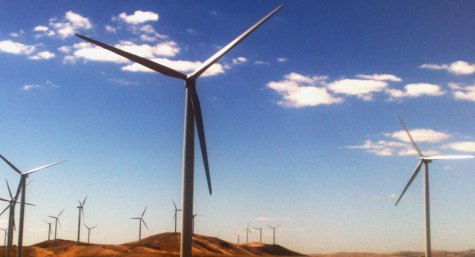 Tiger vows green future, but Newman’s got it by the tail

You said, “Turnbull accepts the need to transition Australia from fossil fuels to renewable energy “, however in the link you gave us he was (in 2009) on about the cost of cutting emissions, not about finite fossil resources:

“To replace dirty coal fired power stations with cleaner gas fired ones, or renewables like wind let alone nuclear power or even coal fired power with carbon capture and storage is all going to cost money.”

Yeah that’s right, we must have MORE health studies.

Because when the National Medical Health Research Council, NSW Health, SA EPA, and all peer reviewed scientific literature in the field find that there is no medical evidence to support claims that wind farms are harmful, it just isn’t conclusive enough.

There is a magical cure for the adverse effects of wind farms. Have them built on land you own so you get money from them, as nobody with the turbines on their own land has reported any ill effects.

There is a clear public health emergency with wind farms. The obvious symptom is a fear of declining property values.