Pedal to the metal as RACV board stoush revs up

The RACV board election stoush is reaching fever pitch. 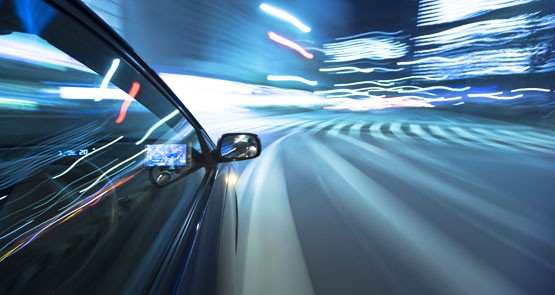 One of Australia’s biggest non-government elections is coming down to the wire with 12 candidates jostling for six positions on the increasingly powerful RACV board.

There are 15 “independent” directors plus CEO Colin Jordan running the show, with members elected in rotating three-year terms in first-past-the-post system. But in a Rupert Murdoch-style gerrymander, 1.4 million people with basic roadside assistance coverage have to make do with two “service” positions per year, while 25,000 elite club members also get to vote for three or four of their own “club” candidates.

RACV is a 110-year-old $430 million conglomerate with two million paying members and vast interests in golf courses, insurance and increasingly, political lobbying for freeways. Members magazine Royalauto has an massive official circulation of 1.5 million dwarfing every other publication in the country, however a significant number are probably never unwrapped and head straight for the recycling bin.

McCarthy told Crikey he would move within the first 100 days of his term to force the RACV to withdraw support for the $8 billion East-West link, an issue that Bandt has promised to hammer federally in the 44th parliament. At state level, the Greens are building their 2014 Victorian state election campaign around the issue in a pincer movement to knock off Labor MPs Jane Garrett in Brunswick, Richard Wynne in Richmond, Fiona Richardson in Northcote and Jen Kanis in Melbourne.

He will also agitate for the removal of the 40 poker machines from RACV’s Torquay premises and has backed fellow outsider, sheep farmer Tom Houlihan, as his de-facto running mate (Houlihan has stood twice before and if he misses out this time he will fall foul of the “three strikes” rule prohibiting repeated bids). Other pressing issues include support for cycling and the removal of 60 level crossings in Melbourne.

The RACV has been accused in some quarters as acting as a thinly-veiled front for the car industry, however public policy director and spruiker Brian Negus, whose government relations activities are partially paid for by ordinary roadside members’ $95 dollar annual membership fee, said this week that it was also about “mobility and transport”. Negus and Colin Jordan are both former VicRoads employees.

Candidates for the board have heavy restrictions on what they can and can’t say while ballot papers are circulating. However, eyebrows have been raised over an official-looking website, racvelection.info, spruiking the campaigns of the incumbents and featuring posed photos with President Ross Herron.

The board has a controversial history of co-opting new, unelected candidates in the lead-up to the election — as “incumbents” they then benefit from an asterisk next to their name on the ballot paper. Last month, 19-year board veteran Clive Hall was replaced by Australia Post chair and AGL Energy director John Stanhope, who is to fill the vacancy. Last year the board appointed former Transurban board member and Leadership Victoria chair Geoff Cosgriff. Both are asterisked.

Crikey founder Stephen Mayne’s wife and barrister Paula Piccinini was first elected in 2006 for a three year term. But in 2009, the election race erupted into acrimony after running mate and incumbent board member and former Foster’s CEO Trevor O’Hoy spammed North Melbourne Football Club members with text messages plugging his tilt. Both were reelected last year. In 2011, Professor Marcus Wigan came close standing on a sustainable transport and pro-cycling/motorcycling platform and has slammed the election system on his website.

Ballot papers have been sent to members and are due back with the returning officer on October 11. At the last election only 60,000 (or 7%) of members voted. But with some big issues on the line, a stronger turnout is expected this time around.

“the Greens are building their 2014 Victorian state election campaign around the issue in a pincer movement to knock off Labor MPs Jane Garrett in Brunswick, Richard Wynne in Richmond, Fiona Richardson in Northcote and Jen Kanis in Melbourne.”

I’m not sure inner city electors are quite that stupid, when the ALP have very explicitly been against the East-West link for quite a while. You did know that didn’t you Andrew?

Thanks for the heads up on the candidates Andrew.
*Rescues ballot papers from rubbish bin.
Votes!

The RACVs foray into political activism (of the wrong kind, according to my values) means I wont be renewing my membership.

There are others offering roadside assistance:
http://www.danielbowen.com/2013/04/19/alt-roadside-assistance/

The candidates’ ‘statements’ are useless: dot point cvs. Thanx to this piece I have an idea of what McCarthy stands for, but what about the other service candidates?