Abolished, on the chopping block, on probation. Here's a guide to the climate change bodies and schemes which are in Abbott's sights; but watch out Tony, some of these will be hard to get rid of. 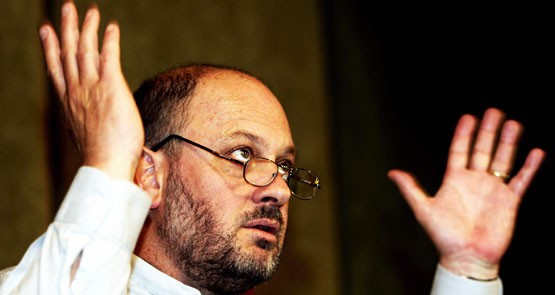 The new government has begun its purge of climate change personnel. It’s out with the existing cast of Labor-approved experts and policymakers, and in with the much smaller coterie of business advisers, as Prime Minister Tony Abbott seeks to rewrite Australia’s approach to global warming.

The Labor-Green minority government built a climate superstructure of supportive institutions to get its message out, give policy advice, and fund clean energy. These bodies, some of which only just started fully operating, are on the chopping block as Abbott seeks to end the carbon price and dampen ambition to cut emissions.

This full-scale change of cast was expected, but hundreds of climate staff are now updating their CVs in near despair. Earlier this year Crikey named the country’s top carbon cutters; three of the top eight have lost their jobs this week, and two more are likely to follow. Senior figures in these bodies are learning of what the new government is doing through the media. Confusion abounds.

Here’s a guide to the climate bodies and schemes the government wants to dismantle — but Abbott beware, some of it won’t be easy …

Set up to educate the public on climate change (aka science, economics and international action) and headed by Professor Tim Flannery, this was Labor’s outreach body. The information disseminated through public meetings and high-profile reports was broadly in tune with Labor’s message. Critics saw it as Labor’s propaganda arm.

The commission was abolished yesterday when Environment Minister Greg Hunt phoned Flannery to sack him. “I’m not aware of any other organisation that can do the job the commission was doing,” Flannery told reporters after the call, although he refrained from strongly criticising the decision.

The Coalition had long flagged it would abolish the Climate Commission. It was established by executive order, not by legislation, so was easy to terminate. The commissioners are out of a job, and staff are being reassigned. The website’s contacts page is now blank.

This will be harder to abolish. The Authority was set up to give high-level expert advice to government on climate policy, plus the hot topic (no pun intended) of what Australia’s target should be to reduce emissions by 2020. Australia has a bipartisan pledge to cut emissions by between 5% and 25% by 2020, depending on what other countries do. Most experts calculate that given other governments’ actions, Australia should cut emissions by 10-18%. When Abbott talks about a 5% cut, that’s not the final answer (yet). It’s rock bottom.

The authority has policy clout, and unlike the Climate Commission, is doing actual research and modelling, but its board is seen as Labor-leaning (Clive Hamilton, Ian Chubb, Heather Ridout. Bernie Fraser is the chair). The Coalition has long said it would abolish the Authority; Abbott probably wants to scrap any body containing Clive Hamilton on principle.

But this will take time. The Authority was set up by legislation (the Climate Change Authority Act 2011), so it must be scrapped by legislation. The Coalition began drafting it up yesterday, but before the new Senate takes over on July 1, this can only pass with Labor’s support, which seems unlikely. After July 1 it will be up to the gaggle of Look at My Guns Party senators, who will be in the balance of power.

A draft report on the 2020 target is due in early October, and the final report by February 28. It’s no wonder Abbott wants to shut the Authority; if it recommends a target deeper than 5%, which it will, he has no way of meeting it.

The government’s green bank has $10 billion to invest in renewable energy and energy efficiency. The idea is it compensates for a market failure that makes clean energy projects relatively risky, and hence hard to finance. It’s not a concept that has won over everyone, even among the conservation-minded. It began spending money just two months ago. It’s run by ex-Macquarie banker Oliver Yates, who once sought Liberal preselection. If he had become a Liberal MP he would have single-handedly doubled the financial nous of the Coalition.

The Coalition branded the CEFC a “giant slush fund” and wants to shut it down, which will be hard. It was set up by legislation (the Clean Energy Finance Corporation Act), so its repeal must go through Parliament. This seems unlikely to succeed before July, so Treasurer Joe Hockey hit on an interesting idea: tell a government body not to do any work. He wrote to the CEFC earlier this week reaffirming the Coalition’s intention to close it, saying he had instructed that legislation be drafted to do this, and asking the CEFC to suspend all further investments (the CEFC has agreed to pause its investments for now).

This is a novel approach to governing — an empty-shell body that is banned from carrying out its functions — which may run into legal obstacles. The CEFC is supposed to do certain things as set out in the Act. The Australian Conservation Foundation has furnished legal advice suggesting this is not allowed. It might mean the board and the minister are in breach of their duties. From a legal perspective, this approach from the Coalition is highly unusual; there is little case law, and some see it as flouting the law. Expect to hear about the CAC Act (Commonwealth Authorities and Companies Act).

The CEFC is in turmoil this week and the board has yet to form a view on what to do. It’s believed senior figures are not keen to defy the government by spending up big (CEFC chair Jillian Broadbent was until recently a member of the RBA board).

It’s anyone’s guess what happens to the CEFC after July.

The number one item on Abbott’s wishlist is to scrap the carbon price; this has to go through Parliament. This will not happen before July 1 unless Labor decides to pass it, which is unlikely. Given the conservative nature of the post-July Senate, Abbot has a solid chance of getting a bill through then. Watch out for influential Senator Nick Xenophon; he’s no fan of the carbon tax but will be fussy on its replacement.

The carbon price was supposed to switch from a relatively high fixed price to a floating price (read: a plummeting price) in July next year, but that legislation was never passed.

This is the stayer of climate policy. It obliges electricity suppliers to buy some renewable electricity (read: wind). It’s working, but some in the Coalition want to pare it back. Abbott has promised a “serious review” of the RET. Should he scrap the carbon price, it could be a bridge too far politically to gut the RET. If he struggles with the carbon price, watch out.

The Coalition might simply dial back the RET so it represents 20% of electricity from renewable sources by 2020 (because of lower-than-predicted electricity use, the Gigawatt hours target may end up being more like 25%).

There’s not much. The Coalition’s Business Advisory Council on climate change may fire up again. Check out other Coalition climate influencers here.

Interesting suggestion. A major factor in the increases in electricity prices in the past few years is gold-plating of distribution networks. That won’t be affected by removing the carbon price …

While they are in the mood to slash and burn, perhaps the Liberals could find enough moral fibre to remove the ban on nuclear electricity?

It would cost the budget nothing, would be a real assistance to heavy industry seeking alternatives to carbon, would give Australia a chance of meeting its emission targets, would allow them to say they really were serious about carbon reduction, and would allow them to brag that they won’t be pushed around by the Loony Left.

It would require them to repeal Section 10 of Australian Radiation Protection and Nuclear Safety Act 1998 (Cth) .

This is the best decision so far in this new government’s life.

Getting rid of the propaganda unit headed by the climate druid Tim Flannery is a really good step. All those mothballed desalinisation plants built under Flannery’s “peer reviewed” and “scientific” “fact based” advice were beginning to look a bit awkward when the druid was putting out yet more gravitas-filled demands for intervention by governments.

Return to the science and forget the propaganda, I say.

The executive directing a statutory body not to carry out functions directed by Parliament is an interesting constitutional situation. The new Parliament, however, is likely to ratify any breaches of the law which have arisen from complying with such direction, retrospectively if necessary.