Young Rich: Tinkler out, but most (like his employees) made a killing

Two of Nathan Tinkler's employees are on this year's BRW Young Rich List because of stock options he gave them, but Tinkler himself didn't make the cut. 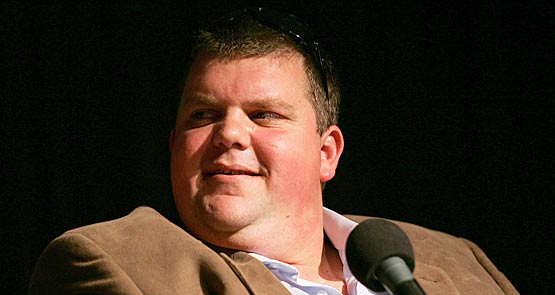 It often surprises casual observers that BRW‘s annual “young rich” edition counts the 100 youngest self-made entrepreneurs under 40; in most industries, awards for “rising stars” and the like cut out at 25 or 30. The reason is simple: hardly any businesspeople make a killing by 30. A list cutting off there would be dominated by sports stars and celebrities.

Almost all of BRW‘s 2013 list, unveiled in the magazine’s flagship edition out this morning, are aged between 30 to 40. With its $235 million cut-off, few would make the BRW Rich 200, which charts Australia’s 200 richest people. But it’s a worthwhile exercise seeing where tomorrow’s wealth is likely to come from.

Most of the young rich started companies and over years helped them grow. Apart from the sports stars and celebrities, there are few employees on the list. Thanks to Nathan Tinkler, though, there are two more: Todd Hannigan and Tom Todd, who made their $84 million joint fortune by leading Tinkler’s Aston Resources before it listed. In 2011 they lost their jobs but were given six months’ pay and a whole lot of stock in the process. They sold their stock before things got rocky for the sector.

This must be especially galling for Tinkler. BRW doesn’t think his assets exceed his debts. He didn’t make the $18 million cut-off, leaving him entirely off this year’s list. Around this time in 2011, Tinkler was valued at $1.13 billion.

Most of the listed entrepreneurs have had a good year. Exactly half increased their wealth this year, while only 16 lost money. The rest were more or less steady.

The full Rich 200, for which there is no age limit, is dominated by property developers. But the Young Rich has few of those. More than one in three (34) of the Young Rich made their money in technology, of which 22 were web entrepreneurs.

In the top 10, eight started technology companies. These include Atlassian founders Mike Cannon-Brookes and Scott Faruhar, steady at number one with a joint fortune of $550 million. They were pegged at $480 million a year ago.

The fastest-rising names in the top 10 are Ruslan Kogan, who more than doubled his fortune to $315 million, and Freelancer.com.au chief Matt Barrie, who’s risen into the top 10 with $185 million (he was pegged at $50 million last year). Both those companies are looking at listing on the ASX in the near future, and their founders could get a lot richer if all goes well.

If so, they’d be some of the few Young Rich Listers to turn their business success into serious disposable income. Most of the Young Rich have their wealth is “paper money”: they own large stakes in highly successful businesses. If those businesses list or are sold, they can cash in some of that ownership. Until then though, many of the Young Rich are fanatical enough to keep most of their wealth tied up in the one thing.

Take Kogan.com.au, the online electronics retailer, whose shareholders Ruslan Kogan and David Shafer reinvest the profits every year. Shafer told BRW their remuneration was on an “as needs” basis. Perhaps this need to reinvest profits is driven by Australia’s low venture capital spend. According to a recent PwC report, there is less venture capital available in Australia, relative to our population, than in Israel, the US, Norway, Switzerland, Demark,  Britain, or France. When capital to expand isn’t readily available, revenue can be the best source of funds.

As always with Australian rich lists, there are few women wealthy enough to make the cut-off. Of the seven listed, the wealthiest is Carolyn Creswell ($55 million) of Carmen’s Fine Foods. Then Erica Baxter ($40 million), who is in the process of finalising her divorce from Rich List fixture James Packer, a move that could secure her another $100 million, according to recent reports.