Bureaucratic changes. PM Tony Abbott is rejigging and cutting the public service, which has set bureaucrats’ tongues wagging. “Contractors, come on down!” one said. Here’s another tip on the AAO (that’s “Administrative Arrangements Order” to you non-Canberra types):

“As a result of aged care moving departments in the new federal ministry, the powers delegated to local aged-care assessment teams have been rescinded until the new secretary receives his AAOs and can delegate again. This may not seem like a big deal, but around half of residents enter aged care from hospitals. This means thousands of elderly patients will remain in hospital beds until their paperwork can be completed. This could not come at a worse time as the late winter peak demand subsides. Was this an entirely predictable and remediable situation?”

The bubbles are on Rupert. Indi heroine Cathy McGowan is splashed across the papers today, pouring champagne for her jubilant supporters at the news that rival Sophie Mirabella had conceded the seat. But what’s this? The pic caption in The Age says they “celebrate with champagne bought by The Australian”. That’s very kind of Rupert Murdoch to shout the crew — he must be no fan of Mirabella. 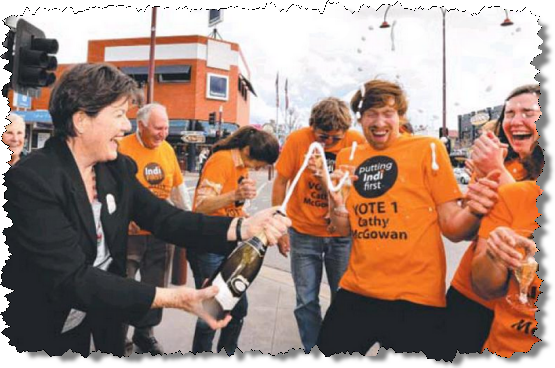 We put this to a spokesman for the Oz, who confirmed the Oz had bought the champagne and admitted that fact should have been disclosed to its readers. “It was an error,” he said.

A bigger problem is that the champers appears to be Brown Brothers Pinot Noir Chardonnay Pinot Meunier, which retails at $19.99. Ms Tips thinks Rupert should have been more generous, given McGowan’s historic win, and the fact that Murdoch is worth US$11.2 billion. Still, at least the champagne was Australian.

If the jumper fits … New US ambassador to Australia John Berry has introduced himself with what could be the most endearing introductory video ever. Professing his love for conservation and the outdoors and speaking of the lion at the National Zoo named after him, Berry loses the traditional diplomatic suit and tie for this eye-catching knitted sweater: 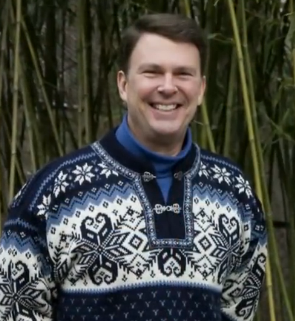 Crikey thought some of our sartorially minded readers may like to purchase a similar garment, to be on-trend next winter. Nordic Store sells a “traditional navy pullover” (below left) with stark similarities to the Berry’s garb. If you baulk at the US$239 price tag, never fear; Etsy sells a cheaper version (below right). 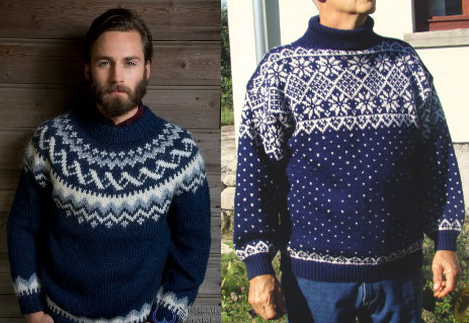 Australia will need to present a welcome gift to Berry when he starts his term here. Look no further than this jumper on the right … meanwhile, those crazy cats at the embassy are just keen on having fun. What’s in the punch bowl over there at the red brick mansion and rolling lawns of the US embassy in Yarralumla?

Facebook gets your personal details. Has anyone else had this problem?

“Facebook has locked me out and disabled my account without warning. They are demanding I upload a copy of my drivers license to verify my identity. There is no way to find out how my ID will be stored, used or who will have access to it. There is no way to contact Facebook to ask this info. I cannot access any of my data, photos, or personal info to get it back. I’m a bit pissed off.”

If you know a way around this, send us an email. Many readers won’t like the thought of Facebook storing more and more of their personal details …

Guess who? We were intrigued to hear on 3AW this morning that “a high-profile celebrity medico stormed out of the Emirates Spring Racing Launch last night after a verbal confrontation with a Fairfax business editor.” Now, who could that be?

Crikey comp. When any new government comes in, it’s just a matter of time before a newly anointed minister stuffs up. It happened to Kevin Rudd in 2007, it happened to John Howard in 1996. So who will it be this time? Let us know your best guess — you can only pick a currently serving cabinet or junior minister (leave out the parliamentary secretaries). We’ll keep your entries on file, and as soon as the first stuff-up happens, we’ll crown the winner as the first Crikey reader to have sent in that minister’s name. Be sure to include your name. Winner receives a Crikey book or DVD.

“Indi-d” :- that was an error – being caught out?
Some say part of the Mirrabella charisma by-pass perception was her aversion to a willingness to listen to others?
But, in her defence, she was a loya and had been to yoonavirsity, unlike most of her hoi polloi constituency.

And this competition, could you define “stuffs up”?

Could it be a slip of the tongues, or the sort that had Howard having to be dragged kicking and screaming to honour his non-core promise “Mini-cereal Code of Conduct” (another gimmick that he used to gull the electorate into thinking “things would be better under him than they were under Keating”), and sacked the likes of Prosser in his conflicts of interest – that Howard and Murdoch tried to stone-wall?

Or the one’s they were able to protect – that went on to deeper and more disgraceful acts (emboldened by each “victory” over ethics) – like Reith (from phone accounts to shady dealings of facilitation with Corrigan/Patricks, to “Children Overboard) who still gets a guest spot on The Dum, to hold forth on “The Right Stuff”?

Re: The Bubbles are on Rupert

Re: The Bubbles are on Rupert

Brown Brothers Pinot Noir Chardonnay Pinot Meunier seems to me an entirely apposite tipple with which to celebrate Cathy McGowan’s success as it is made using fruit grown in the King Valley, which is in the seat of Indi.

“..Professing his love for conservation and the outdoors and speaking of the lion at the National Zoo named after him, “)
How’s John Berry going to get on with Abbott??