The ACT's gay marriage push may come to nothing. Plus other political snippets noted along the way.

Canberra and same-s-x marriage. Canberra’s local Parliament looks certain to pass legislation authorising gay marriage but it is far from certain that any will take place. The ACT Attorney-General Simon Corbell introduced the change in the Assembly yesterday where Labor, with the support of a Green, has the numbers. “Madam Speaker, this bill is about equality,” Corbell said. “It is a bill that says people in a same-s-x relationship are able to have their love and commitment to each other legally recognised in the same way that people in a heteros-xual relationship are able to through a legally-recognised marriage.”

There are two potential hurdles to be overcome for those fine words to mean anything. The first lies in the power of the federal Parliament to veto any laws made by the Territory. There will be members from within Labor and the Coalition determined to do just that. The second challenge would come in the High Court with the argument being that only the Commonwealth has the power to make laws about marriage, and that the ACT government is wrong in arguing that same-s-x marriage is different from marriage between a man and a woman and thus a state power not a federal one.

Banning factory farming. The ACT is moving to outlaw chickens in battery cages and pigs in sow stalls or farrowing crates where they are unable to stand, turn around or engage in natural behaviour (this is at a time when US officials are concerned that the use of antibiotics in such intensive farming practices is endangering human life). An animal welfare bill to ban such practices was to be introduced today with the de-beaking of poultry also prohibited. Meanwhile, the US is worried about the spread of antibiotic resistance by veterinary use:

An ice-free Arctic. The business of leaks and counter-leaks in the run-up to the release of the next comprehensive report by the Intergovernmental Panel on Climate Change is underway. The latest, appearing in London’s Financial Times overnight, is from a draft chapter on the Arctic ice cap that says summer sea ice is set to nearly vanish in less than 40 years.

“A nearly ice-free Arctic Ocean in September before mid-century is likely,’ says the draft seen by the Financial Times of the first large-scale study in six years by the Intergovernmental Panel on Climate Change … In its last report in 2007 the IPCC said the ice, which melts a little each summer then refreezes as winter nears, was expected to disappear ‘almost entirely by the latter part of the 21st century’. Both that projection and the revised one revealed yesterday depend on the rate of greenhouse gas emissions.”

The first section of the IPCC’s updated report on global warming is to be finalised in Stockholm next week. This Fifth Assessment Report of its working group on the science of climate change is scheduled for public release on 27 September. Reports on the impacts of climate change and options to reduce emissions will be released in March and April 2014 respectively. Australia’s Climate Institute expects the reports will almost certainly reconfirm and even reinforce the scientific view expressed in the last report in 2007. In fact, the science and the conclusions drawn by the IPCC have continued to strengthen since their first report in 1990. Check out the Institute’s useful briefing here. The science tells us that: 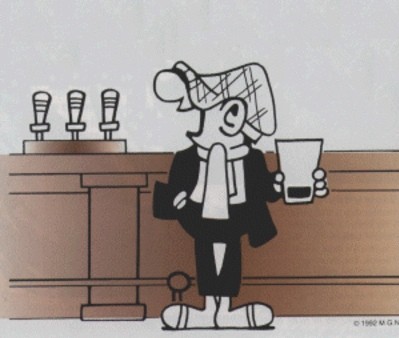 ‘We want the world to trust us’