Iranians were able to use Facebook for a few hours on Tuesday morning, but the social network was quickly shut down again.

Subediting goes here. Readers of The Daily Telegraph would have been surprised to read the headline on this morning’s page three, the second most important page in the paper. Subeditors must have been under the pump yesterday, with page three going to press without headlines or typesetting. The top story, on the royal commission into child abuse, has been typeset, but the bottom one, on the break-up of Liz Hurley and Shane Warne, runs quite a bit over. Whoops. Maybe News Corp should consider rehiring some of the subeditors it has sacked recently … 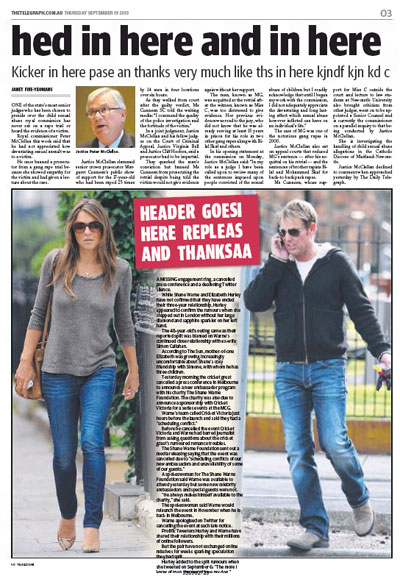 Iranians’ fleeting Facebook freedom. For a few fleeting hours on Tuesday morning, Iranians woke to find that they could do something we take for granted every day — access Facebook and Twitter without government intervention. The popular websites were banned by Iranian authorities following their role in organising the Green Revolution of 2009-10, but a technical glitch on Monday night granted Iranians access without the use of virtual private networks. The ban was reinstalled on Tuesday afternoon.

The unrestricted access led many to believe President Hassan Rouhani had delivered on his promise to soften Iran’s hardline stance on internet censorship. These hopes were not entirely unreasonable, as Rouhani and Foreign Minister Javad Zarif have controversially embraced Twitter in recent weeks. Even Ayatollah Ali Khamenei has joined the party. In August 2012 the Ayatollah joined Instagram, with his collage of 545 photos now serving as a public relations diary for the Supreme Leader (sadly, no brunch shots). 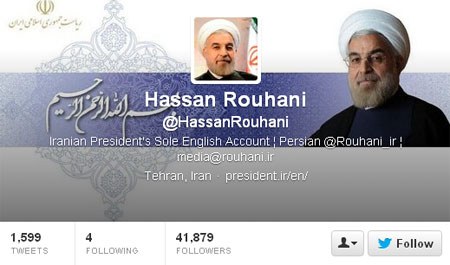 So when will Iranian citizens freely join their Supreme Leader and President online? Jillian York, director of International Freedom of Expression at The Electronic Frontier Foundation, told Crikey it’s hard to predict when the ban might be lifted. “President Rouhani has made promises about pulling back internet censorship, but it’s difficult to say what would come first if he were to come through on that promise. If he’s serious, Facebook and Twitter could be some of the first services unblocked given other choices are obscene content and political opposition sites.” –– Henry Belot

The ugly side of TV online. On Sunday night I appeared on a television program called Paul Murray Live on Sky News. I was invited, as the acting editor of Women’s Agenda, to be part of a panel to discuss the weekend stories. My biggest fear was being asked a question and not having a reasonable answer, and I scoured the papers and came prepared.

I sat on the panel and argued my point. I was almost always in disagreement with the three men I sat with, but neither the host nor my fellow panellists were nasty to me. They didn’t agree with me, they talked over me and some, almost all, of their opinions grated on me, but they were warm and welcoming. Two even sent sincere apologies after learning of the nastiness that flooded Twitter during my appearance on the show.

It was only when I was driving home that I learned how ugly things had been. My inbox pinged with message of support, and after speaking with my husband and my mum I realised why they were sent. From the moment I appeared viewers apparently pounced. Who’s the chick with the ugly earrings? Clearly not up to the regular guests’ standard. Take a bex and lie down babe. Get a grip and GROW UP. I was a chick, a babe, a bitch, a ditz. Where did I come from? Who did I think I was? — Georgina Dent (read the full story on Women’s Agenda)

Exclusive watch. We all know The Australian loves its “exclusives”, with the paper often using the tag on over a dozen stories. Today the paper has used the dinkus on 14 of its offerings, including, strangely, what seems like an opinion column from foreign editor Greg Sheridan on AusAID. Is this proof that no one else in Australia shares Sheridan’s opinion?

Roy breaks ranks. Baby-faced Liberal MP Wyatt Roy has taken aim at his leader’s cabinet decisions, becoming the first serving, continuing Coalition MP to criticise the dearth of female representation in cabinet. Roy penned an opinion piece in today’s Oz: “I’m in no way advocating an unjust quota system, but it’s not good enough to have one woman in the federal cabinet.” Roy, Australia’s youngest federal MP, calls on his party to “reshape the political narrative”. What has prompted the pint-sized pollie to speak out?

Avast, me hearties! The ABC has gotten into “Talk Like a Pirate Day” in grand style. 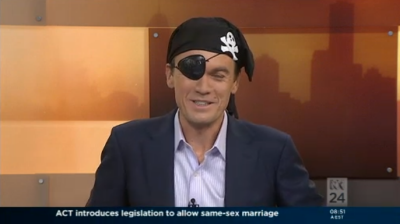 Video of the day. BBC newsreader Simon McCoy took a very unusual prop with him on air yesterday: a ream of printer paper. We’re thinking he mistook the paper for his iPad, and once the cameras started rolling he was rather stuck … 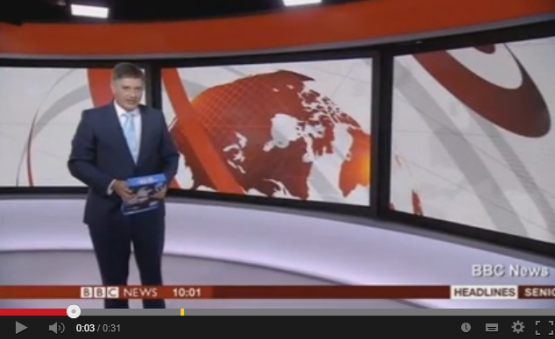 If you read the Teletrash “for news”, would you notice this cock-up?

Murdochracy runneth over?
Georgina Dent – welcome to “news as entertainment”.
And Sheridan – where opinion is news? But his, as if that would surprise anyone?
They’ve redefined and cheapened “news” long ago, now they’ve working on “exclusive”.