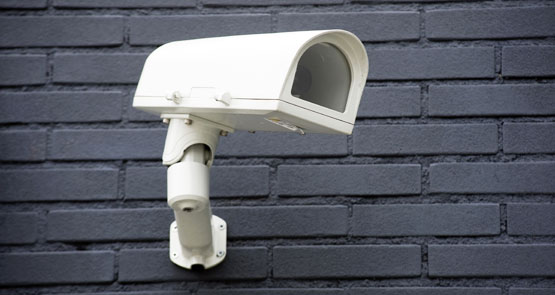 Following the detention of Guardian journalist Glenn Greenwald’s partner at Heathrow Airport, the British government this week passed an “emergency motion” to debate the country’s controversial anti-terrorism laws. With Australia’s counter-terrorism laws allowing for even more surveillance than the UK allows, should Australia follow suit?

Australia was swept up in the worldwide haste to legislate on counter-terrorism in the wake of September 11. Under John Howard, Parliament amended Australia’s federal criminal laws — via the Commonwealth Criminal Code — to make incitement to terrorism an offence. The Attorney-General also has the power to ban terrorist organisations. There are 18 groups currently blacklisted by the state.

In 2005, the London bombings spurred the Australian government to introduce a raft of new counter-terrorism laws. Then-attorney-general Philip Ruddock claimed the new laws were needed to protect Australia from violence, but human rights groups have slammed them as curtailing basic civil liberties.

Under the laws that were hurried through Parliament by the Coalition in 2005, the state has the power to monitor suspected terrorists. A court-issued control order can prevent a person from leaving Australia, communicating or associating with certain people or accessing the internet. A control order must be limited to 12 months, but during that time a suspect can be forced to wear a tracking device, report to someone at a specific time and remain in an area during certain times of the day.

The Australian Security Intelligence Organisation also has the power to detain terrorist suspects for up to seven continuous days and question suspects for up to 24 hours (48 if an interpreter is required). ASIO needs a warrant from a federal judge or magistrate. Some have criticised the fact that suspects are banned from telling anybody about their detention or questioning for a period of two years after the warrant expires.

A person under a preventative detention order or detention under ASIO has the right to see a lawyer. However, any contact with a lawyer is monitored by police.

Under preventative detention orders, lawyers are not allowed to discuss anything other than the issuing of the order or treatment of their clients while they are in detention. Even this may be limited in some cases; according to Amnesty International, lawyers may not be able to have access to the statement of reasons for detention where it would prejudice national security.

It was Tony Abbott’s Coalition predecessors who introduced anti-terror legislation in Australia, and it’s unlikely that counter-terrorism reform will take precedence in the newly elected PM’s agenda. In the lead-up to the election, the Coalition vowed to improve counter-terrorism efforts, but so far has given no indication that it will take up anti-terror law reform, even in the wake of recent reviews.

Released at 5pm on the same day as the federal budget, these reports received negligible media attention. While Labor ostensibly tried to sweep the issue under the rug and the Coalition in effect ignored it, our anti-terror laws continually come under international scrutiny. In 2009, the UN Human Rights Committee criticised the broad definition of “terrorism” in our anti-terror laws.

As Mark Nolan, associate professor at the ANU College of Law, points out, continuing detention regimes – in the context of s-x offenders and, more recently, refugees — were held by the HRC to be in breach of civil and political rights protected under international law. “We are waiting for the Australian government to, belatedly, reply to the view of the HRC on continuing detention order regimes,” he told Crikey.

Ryan Goss, lecturer at the ANU College of Law, thinks reform in Australia is unlikely. “It’s disappointing that [the COAG and Walker reports] didn’t get much attention,” he said. “On the flipside, we’ve got this wide-ranging counter-terrorism system that is for the most part not being used … so some say perhaps it’s understandable that review of the legislation might not attract attention.

“But when we keep laws on the books by default, when we have senior lawyers saying the laws just aren’t necessary — it raises the question:” what’s the point of having reviews if their recommendations fall on deaf ears?”

‘Terrorism is terrorism’ — until it’s not

Domestic violence needs and deserves the same focus as terrorism

There’s always the argument of balance between civil liberties and security with seemingly lack of any ideological position as to where the line should be drawn. The Haneef case was an example of where the new laws stepped over the line and can be open to abuse.

At the moment the line is drawn far too closely to a big brother model which has led to State monitoring ordinary citizens and capturing data illegally. Governments argue that citizens should trust these decisions as they are done in the public interest. However, if nations seek to protect themselves from terrorism because terrorism by nature inhibits liberties, then the strategy would seem to be counterproductive.

On the other hand, some aspects of national security is for show ie. to give people the feeling the government is looking after them.

This was highlighted by the Allan Kessing revelations about corruption at Customs and the government’s failure to release that information or to act on it. Andrew Wilkie’s ‘Axis of Deceit’ was also very telling about where national security, foreign and economic policy cross over and it is sometimes hard to tell the difference. If you have to tell a lie to go to war there is something wrong.

The public trust has too many times been betrayed.