Anthony Albanese is the frontrunner to lead the Labor Party, McDonald's is boasting about how McFattening it is, plus other snippets noted along the way.

Albanese the starting favourite. Another election, so another Crikey Election Indicator to keep you updated on how the market rates the prospects of success. 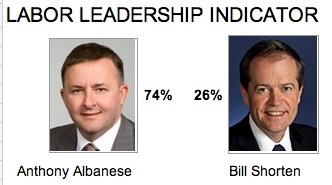 Hearing his master’s voice. They follow the big boss’s tweets at the Oz. Yesterday our time he produced this:

Followed this morning with: 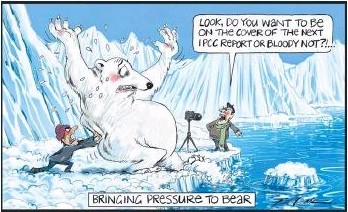 The Leak cartoon was based on the inaccurate Murdoch claim. The “record increase in Arctic ice” of which Murdoch tweeted actually refers to an August ice extent that was the sixth lowest in the 1979 to 2013 satellite record. 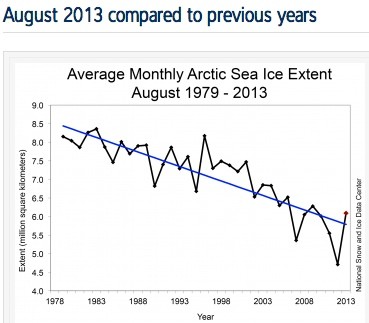 This year ice coverage has recovered from the record low point of 2012 but, as I wrote earlier this week, while the area covered is higher the evidence has come in to show that it is thinner.

For the record, the US Snow and Ice Data Center reported that the seasonal decline of extent through the month of August was slightly above average, at 56,400 square kilometres (21,800 square miles) per day, but more than a third slower than the record decline rate in August 2012. The August 2013 ice extent was 1.38 million square kilometers (533,000 square miles) above the record low August extent in 2012. The monthly trend is -10.6% per decade relative to the 1981 to 2010 average.

Another social engineering triumph. High calorie counts are now a McDonald’s selling point, which is just the opposite of what US health officials intended when they forced the major fast food chains to give customers the information.

Washington Post blogger Ezra Klein snapped this example from the breakfast menu on his way to work. Most of the menu, he writes, has small calorie counts. You might not even notice them if you weren’t really looking.

“McDonald’s is using the calorie count for the exact opposite purpose public-health advocates intended: It’s using high calorie counts to convey what an incredible deal their food is. Look how many calories you get for only $5.69! That’s a way better per-calorie deal than pretty much anything else on the board.

“Most studies have found little effect from the introduction of calorie counts — and some studies even hinted at an increase in calories ordered — so this kind of thing isn’t a big surprise. But it’s still a nice reminder of how hard it is to get people to change their health habits, and how often well-intentioned interventions end up disappointing.”

Keeping it brief. We like to do that with our Chunky Bits. So catch up with the 19-hour salvage operation to save the Concordia in 59 second with this time-lapse video from Reuters. 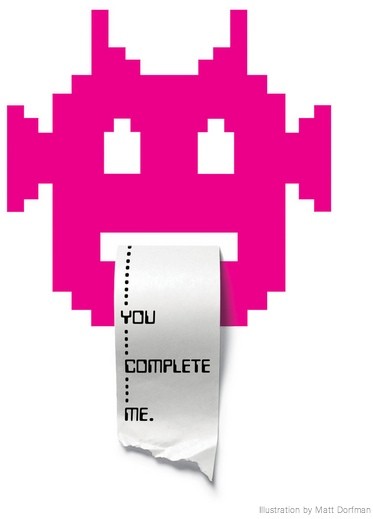 Shots in the dark

Why do I always assume gross inaccuracies in anything Murdoch either writes, utters or publishes?

Thanx for your continuing interest in Arctic ice. Just looking at the graph you reproduce Rupe might indeed be right: the increase from 2012 to 2013 may be the biggest on record. Irrelevant and misleading, but right.

How much do they pay these inexperts to interpret data to suit their agenda, narrative, prejudices, in their campaign of misinformation, engendering “igno-rants” – while editing out alternate opinion, as if it doesn’t exist – in their mass circulation propaganda machine, that decimates healthy competition?