Magic dust of confidence and reading the RBA tea leaves

What were in the Reserve Bank tea leaves yesterday? Not great news for a new government, with worries particularly for the banking sector. Glenn Dyer and Bernard Keane report. 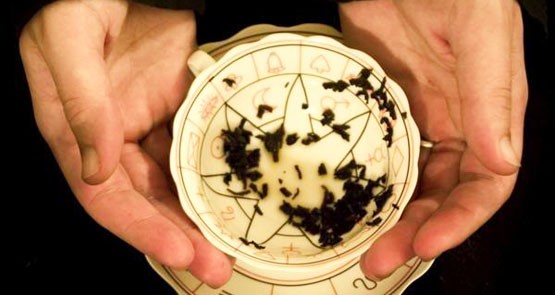 The new Abbott government hopes for an economically buoyant start to its time in office: politics off the front pages, happy consumers celebrating a Coalition win and rising house prices by opening their wallets, investors chuffed at the removal of so much sovereign risk piling in to the economy, businesses looking to expand as the economy picks up speed.

Those hopes — best illustrated by the absurd idea to delay the federal budget’s mid-year update until early 2014 because it will contain more grim news — sit poorly with the RBA’s warnings in the minutes from its most recent meeting, and the whingeing from Solomon Lew about the need for another emergency rate cut.

The new government wants to minimise the flow of bad news to the community to allow confidence to recover; it wants to differentiate itself from the frenetic nature of the Labor years. Rising confidence, rising house prices, rising share prices are part of what is called the “wealth effect” and the thinking goes that with all three turning up, consumers will be encouraged to save less and spend more, as they did in the Howard years, by either running down their high savings or taking on more debt.

That thinking, by the way, ignores the negatives: that more spending could see bank deposits start falling, forcing the banks to borrow more from the wholesale funds, thereby increasing their riskiness, not to mention the impact on inflation of increased demand, which will force interest rates up.

The RBA minutes, released yesterday, were composed at the meeting on Tuesday, September 3 — before the election. The RBA distinguished between the impact of rate cuts on housing construction, which had been “moderate”, and the impact on prices for existing homes, which have lifted 7% since 2012. Note the contrast between the two in this statement:

“Overall, recent data and information from liaison were consistent with further recovery in the established housing market and moderate growth in dwelling investment.”

The distinction is important because the surge occurring in the prices of established houses will add very little to economic growth (except via the magic dust of the “wealth effect”) and carry a lot of danger for stability and inflation. But new home and apartment building adds to growth and generates jobs. The RBA is concerned that a surge in the prices of existing houses could choke off the recovery in new residential construction, thereby placing growth in the wider economy in danger as it searches for growth to replace the fading resource investment boom.

The RBA remarks also pre-dated the warning issued last week by the Australian Prudential Regulatory Authority to banks about watching the level of lending for what are called high LVR loans (high loan to valuation ratios) of 80% or more. It concluded:

By using the phrase “prudent lending standards” it’s clear the RBA (and APRA) have come across examples of imprudent or possibly imprudent lending by reporting banks in recent months. Where?

“Property gearing in self-managed superannuation funds was one area identified where households could be starting to take some risk with their finances; members noted that this development would be closely monitored by Bank staff in the period ahead.”

Property lending has emerged as the only area of growth for the banks (and it’s not just the big four) and the regulators are making sure the banks understand that there’s to be no repeat of previous lending splurges that ended in tears, such as in the past decade .

“As regulators mull over all this, perennial whiner Solomon Lew was demanding a massive rate cut to prop up his outdated retail business model.”

The warnings from the RBA and APRA pre-date the warning issued on Monday by the International Monetary Fund to major economies around the world which are seeing rapid house price rises. Countries such as the UK (especially London), Singapore, Denmark, New Zealand and Canada have seen or are seeing the emergence of house price booms that are starting to worry regulators.

In New Zealand, our big four banks — CBA, NAB, ANZ and Westpac — have a similar unhealthy dominance in home lending. The regulators have become concerned about similar problems emerging at the same time in the two biggest home lending markets for Australia’s banks, especially the big four. The RBA minutes said:

“Given the importance of the New Zealand business to the operations of the major Australian banks, the Board was briefed on developments in the New Zealand housing market and the macroprudential policy framework recently introduced by the Reserve Bank of New Zealand.”

The RBA warnings were given in the context of discussion of the second financial stability report for the Australian economy (which is out Friday week). That tells us there will be more detailed discussion of the bank’s concerns next week.

APRA data exposes concerns about the recent falls in bad debt provisions, which were used by the banks to boost earnings (and therefore dividends) in 2012-13; they dipped to just over $25.6 billion at the end of June, down from $28.66 billion a year earlier and much of that $3 billion fall went straight into the rise in profits of $2.1 billion during the same period. That means aggregate profits are now greater than bad debt provisions, when for a number of years the reverse has been the case.

That will make APRA and the RBA scrutinise even more closely the quality of bank housing loans and their bad debt provisions. In fact, the regulators will probably pressure the banks to start lifting their provisions as soon as possible. For shareholders that’s not good news — those expecting another year of solid profit rises in 2013-14 can think again.

And why should bad debt provisions rise? Well, unemployment is forecast to go on rising and reach an average of 6.25% next year, which means the number of people unemployed could top 750,000 next year (it’s currently 714,000 seasonally adjusted in August. Lending at high loan to valuation ratios — when house prices are starting to rise quickly and when unemployment is starting to rise — is a trifecta of alarm bells for bank regulators.

As regulators mull over all this, perennial whiner Solomon Lew was demanding a massive rate cut to prop up his outdated retail business model. While at least this makes a change from his usual routine of blaming online retailing for his woes and demanding governments tax the internet, it’s a reflection of how out of touch Lew is. There is still stimulus to come from the RBA’s long cycle of rate cuts, including a rare election campaign rate cut, while consumers haven’t flocked back to his stores.

And unfortunately for Lew, consumers have been buying up big — just not with him. They’re buying in growth areas like food and online, and car sales data yesterday from the RBA showed August had the second-highest car sales of the last 12 months, giving the lie to the claims of the parasitic FBT rort industry. Another rate cut isn’t likely to dramatically reverse a secular change in consumer behaviour, Solly. They’re not sheep for Aussie retailers to gouge with huge margins any more.

When it comes to donations, the banks are back

Of course, the wealth effect, and that happy world where people spend more than they earn.

If only we could return to those golden years where most of us were in hock up to our ears.

Of course rising house prices are always a good thing.

With apologies if I just blew up your sarcasm detector!

The recession we had to have all down to ignoring Adam Smith’s warning that when the national treasurer puts the interests of bank shareholders above the economic interests of the rest of the economy then chaos ensues.
Hockey would do well to ignore any advice emanating from Costello or Howard or Abbott for that matter.
But does he, like that other “big man” Kim Beazley, have the “ticker” for it?