The Australian Press Council found The Age breached reporting guidelines in its reporting on a union scandal. But editor-at-large Mark Baker is not taking the verdict lying down. 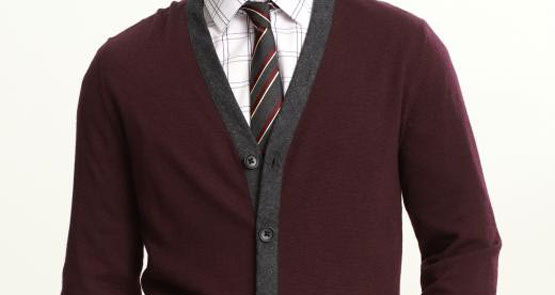 The Age‘s editor-at-large, Mark Baker, has rejected an adverse Australian Press Council ruling on his reporting on the Australian Workers Union slush fund affair as “flawed and illogical”.

In an adjudication published in Fairfax newspapers yesterday, the Press Council found Baker erred by not contacting Slater & Gordon for comment on serious allegations.

Baker maintains the public interest in publishing the story — a “deeply embarrassing” one for then-prime minister Julia Gillard — meant he did not need to ask Slater & Gordon for comment on claims it was stalling on requests to release files.

“The Slater & Gordon complaint was vigorously rejected by The Age and this finding is flawed and illogical — like so much of the work of the Press Council,” Baker told Crikey. “While the Council prohibits reporting of its meandering deliberations, suffice to say it has taken almost a year for them to conclude this relatively trivial matter.” Baker added: “The council would be greatly improved if they banned people with a preference for cardigans and twin-sets from membership.”

Baker contacted Crikey in response to a brief report on the Press Council verdict published in yesterday’s edition of Crikey headlined “Baker shamed”.

“Be assured I feel not the slightest shame about my reporting of these matters,” Baker said in a statement (read it in full here). “Indeed, I am proud of my work last year exposing aspects of this still unresolved scandal.”

In an October piece “Gillard gave support for union group’s registration“, Baker revealed that Gillard had vouched for the legitimacy of the AWU Workplace Reform Association to West Australian authorities in 1992. Hundreds of thousands of dollars were allegedly later stolen from the association by Gillard’s former partner, AWU official Bruce Wilson.

Slater & Gordon argued they should have been contacted for comment because they would have informed Baker the firm did not hold any files on the incorporation of the association. The firm would have been unable to release the files anyway, because Blewitt was not Gillard’s client.

The Press Council backed Slater & Gordon in its verdict:

“The Council has concluded that the publication failed to take reasonable steps to ensure fairness in the report in relation to whether the firm held a file on incorporation of the association. Even if the story is interpreted as having done no more than report allegations, rather than endorse them, their gravity was such that the firm should have been given a reasonable opportunity to respond prior to publication.”

But Baker maintains The Age was right not to seek comment. “[W]e had obtained correspondence which confirmed Slaters was indeed stalling and, as we explained in our response to the Press Council, we had genuine concerns that if we flagged details of our reporting we risked a court injunction to stop publication.

“Slaters subsequently announced that it could not find the incorporation file. We are left wondering why a big law firm can be so sloppy in handling files — especially documents that dealt with matters that, in 1995, had the potential to bring down the firm. That, I would have thought, is the real shame.”

Australian Press Council executive director Derek Wilding said: “The Council’s views and relevant facts are described in the adjudication. Unlike the Crikey article, it does not attribute shame to the journalist in question (nor name him).”

I was pleased that Mark Baker was slapped on the wrist. His boring pursuit of Julia Gillard at that time didn’t have any new info to warrant continually write page after page of repetitive innuendo. Bernard Keane seemed to be the only journalist interested in picking him about it. Mark Baker should find another job in my book, perhaps with Rupert…

Quite right bj. It seems to be an episode of Gillard bashing to me, and I am no fan of hers.
Despite Baker banging on about the matter being ‘unresolved’, there doesn’t seem to be any evidence of this. I think he should stop ‘digging’ before he buries himself!!

The reporting at the time appered somewhat tawdry and mean. Given that this was coming from a section of the media that was the closest thing to a supporter, it was a little OTT.

In the context of the outrageous treatment of Gillard, it was worse.

It was a matter that was 17 years old, which seemed to me to be saying that Gillard, as a Solicitor (or was it a lawyer) may have helped someone set up a legal structure that may have led to nefarious activities. God help us, I thought that was the average job description for a legal adviser, whatever name you give them.

But taking nearly a year to get an APC decision is certainly worth mocking.

Of what relevance is evidence in a “trial by media”?

This animal baker is being fed by whom? and for what purpose? He looks more ridiculous an insignificant every time he opens his liebook. Keep going thickhead; money for rubbish is on the way out. The rubbish is running the country now.