Public servants (particularly those in the Department of Health and Ageing) will be particularly nervous now that their expected restructure has not been announced. Plus other political snippets noted along the way.

Let the battle begin. The son of the single mum from the Camperdown council housing is off an running with the appearance this morning of the alboforleader.com website.

The best-laid plans … So there they were at the Department of Health and Ageing yesterday morning waiting anxiously for the details that did not come about a restructuring that would axe 400 or so jobs to meet the spending targets set by the last budget. Now the worry of those public servants about their futures will be prolonged, with extra anxiety for those involved with ageing, for that function has been axed from health altogether and moved to an enlarged ministry for Social Services.

The threat of antibiotic resistance. A new report by US Centers for Disease Control and Prevention presents a rather frightening snapshot of the dangers posed by the antibiotic-resistant germs having the most impact on human health. Antibiotic resistance threats in the United States, 2013 estimates that in the United States, more than 2 million people are sickened every year by antibiotic-resistant infections, with at least 23,000 dying as a result . The estimates are based on conservative assumptions and are likely minimum estimates. They are the best approximations that can be derived from currently available data.

Threats were assessed as either urgent, serious or concerning, according to seven factors associated with resistant infections: health impact, economic impact, how common the infection is, a 10-year projection of how common it could become, how easily it spreads, availability of effective antibiotics, and barriers to prevention.  Infections classified as urgent threats include carbapenem-resistant Enterobacteriaceae (CRE), drug-resistant gonorrhea, and Clostridium difficile, a serious diarrheal infection usually associated with antibiotic use. C. difficile causes about 250,000 hospitalisations and at least 14,000 deaths every year in the United States.

“Antibiotic resistance is rising for many different pathogens that are threats to health,” said CDC Director Tom Frieden, M.D., M.P.H. “If we don’t act now our medicine cabinet will be empty, and we won’t have the antibiotics we need to save lives.”

The report’s executive summary ends with this hardly cheerful news:

“Although some people are at greater risk than others, no one can completely avoid the risk of antibiotic-resistant infections. Only through concerted commitment and action will the nation ever be able to succeed in reducing this threat.”

The next financial crisis. Just when the financial world seemed to be drifting almost into optimism about the immediate future, back comes the US debt ceiling. President Barack Obama, argues London’s Financial Times, has raised his refusal to negotiate with House Republicans over lifting the ceiling from the level of tactics to constitutional principle.

The Republicans say they are adamant that they will only allow the increased borrowing necessary to prevent the US government running out of cash (which would lead to a default on the government’s debts) if Obama agrees to delay the introduction of already legislated healthcare reforms. On Sunday the President, in an interview with ABC’s This Week  ruled out any such deal.

“What never happened in the past was the notion that in exchange for fulfilling the full faith and credit of the United States, we are wiping away major legislation like the healthcare bill.

“If we continue to set a precedent in which … the other party can simply sit there and say, ‘Well, we’re not gonna pay the bills unless you give us what we want’, that changes the constitutional structure of this government entirely.”

As if one dispute over finances between the executive and Congress were not enough, the two are also still haggling over a new spending bill to prevent a government shutdown at the end of September.

Sending Cash through the mail. Call it due recognition. The US-based parcel delivery service UPS has issued the Johnny Cash stamp.

And how better to appreciate it than with one of his last official music videos. 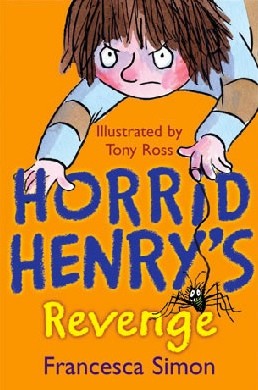