The Australian Press Council has taken a whack at The Age for its reporting on the AWU slush fund affair. That and other media tidbits.

AWU affair: press council slaps Age. The Australian Press Council has upheld a complaint against The Age and its editor-at-large Mark Baker over the paper’s reporting of the Australian Workers Union slush fund scandal. The press council found The Age should have sought comment from Julia Gillard’s former law firm Slater & Gordon before publishing a news report and feature article on the 17-year-old affair.

In an October piece “Gillard gave support for union group’s registration“, Baker wrote Slater & Gordon was “being accused of resisting pressure to open its file on the incorporation of the [AWU workplace reform] association. The file is believed to contain a copy of the letter Ms Gillard sent to the Corporate Affairs Commission affirming the association would be devoted to workplace safety.”

Slater & Gordon argued that, had they been contacted for comment, they would have informed Baker the firm did not hold any files on the incorporation of the association. It would have been unable to release the files anyway, because self-confessed fraudster Ralph Blewitt was not Gillard’s client. The press council didn’t buy The Age’s defence that it could not contact Slater & Gordon for comment because it could have led to an injunction against publishing. The press council said in its verdict:

“The Council has concluded that the publication failed to take reasonable steps to ensure fairness in the report in relation to whether the firm held a file on incorporation of the association. Even if the story is interpreted as having done no more than report allegations, rather than endorse them, their gravity was such that the firm should have been given a reasonable opportunity to respond prior to publication.”

The press council also found The Age should have given Slater & Gordon the opportunity to respond to “serious and adverse” allegations in a later feature on the affair. Earlier this month the press council upheld a complaint against news.com.au for implying autism was a contributing factor to a murder. It also pinged The Advertiser in Adelaide for failing to give enough prominence to a correction on an inaccurate story on welfare fraud. — Matthew Knott

The Chaser’s dog’s breakfast. Debate continues to rage about The Chaser’s decision to lampoon ABC critic and Australian columnist Chris Kenny last week by photoshopping him to appear as if he were rooting — there’s really no other way to put it — a dog. Andrew Bolt and The Oz are unsurprisingly outraged — but it’s not just them. Media Watch host Paul Barry slammed the Hamster Decides sketch last night, and ABC Canberra newsreader Virginia Haussegger voiced her outrage on Twitter:

The Chaser boys, though, are sticking by their joke. Here’s their response to Media Watch‘s questions on the matter: 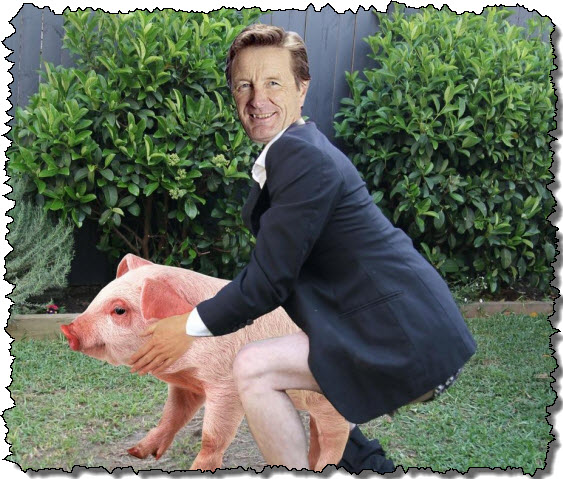 Groupthink hits the Right. It’s a disease usually confined to the dark recesses of the Left, that curious affliction gleefully illustrated by Gerard Henderson each week in his Media Watch Dog column where everyone agrees with everyone else, usually on TV panels or late night radio. But a particularly virulent strain appears to have recently jumped the political divide, its symptoms blerting out in spooky succession across four separate conservative outlets last week.

At issue is something that ABC Melbourne host Jon Faine muttered to then Herald Sun editor Bruce Guthrie nearly six years ago. On February 6 2008, Andrew Bolt blogged about how Faine had asked Guthrie whether right-wing columnists on The Australian and the Herald Sun were going to be “cleansed” in the wake of Kevin Rudd’s triumph to better reflect the mood of the electorate. Guthrie replied he had “no doubt” the Oz was looking at its stable of columnists to better suit the times, citing a mooted shift of political editor Dennis Shanahan away from political reporting in Canberra to the Washington bureau. But he had no plans to replace Bolt.

Now, at the dawn of the Abbott era, Bolt, the Oz, Gerard Henderson and The Spectator have taken great pleasure in repeatedly (and selectively) quoting Faine’s question back to him, asking whether the ABC would now embark on the same “cleansing” process from the opposite angle.

Bolt led the charge at 7.58am on election day, blogging about his “plan” to write a column reflecting on the cleansing issue and inviting readers to pen the opening par. Interestingly, Bolt deliberately omitted the key part of the transcript in which Guthrie agrees — in the case of The Australian — with Faine’s proposition. The reference to Shanahan was also removed. Then, on the Monday after the poll, it was Henderson’s turn in a “special issue” of Media Watch Dog that called for the ABC to appoint “a conservative” to a prominent TV, radio or online position. Two days later, the Oz leapt into print in its Cut and Paste section, again quoting Faine but not Guthrie’s agreement.

Two days after that, Henderson was back, re-raising the issue in his regular MWD slot. The next day, the Australian edition of The Spectator editorialised about the issue. Two days later Bolt blogged again about the ABC and Faine, pointing readers to yesterday’s Herald Sun column exposing the ABC’s “bias” and again selectively quoting from the exchange. The point, of course, was the ABC lacked “balance” and needed a “Right rethink”. Let diversity reign. — Andrew Crook

Bad week for Ten. Ten Network’s share price dipped 4.5% yesterday to 32.5c after one of the worst Sunday night ratings this year. The fall came as the market overall rose 0.5%. Perhaps investors were just shuffling the pack — Ten shares have been trading around this level for a week or so, after rising strongly from 26c a month ago.

Video of the day. Our own Bernard Keane hosted a star-studded panel discussing whistleblowers and their publishers as part of the Sydney Opera House’s ideas series. Journalist and activist Alexa O’Brien and commentator Robert Manne were joined via video by WikiLeaks founder Julian Assange, The Guardian journalist Glenn Greenwald and Chelsea Manning’s lawyer David Coombs …

Front page of the day. New York magazine’s cover story this week is a long interview with Australia’s comedic darling Rebel Wilson, who is creating a sitcom for an American network … 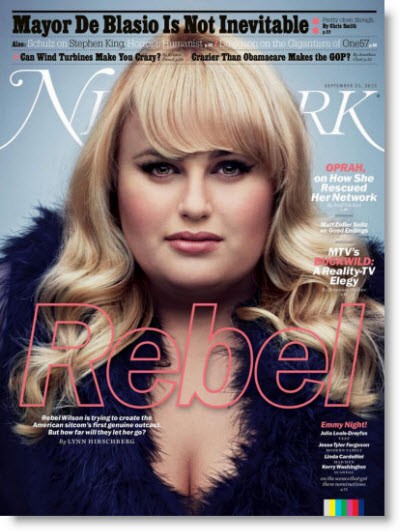 Press Council upholds a complaint, delivering a slap on the wrist in September 2013 about an article published in October 2012, reminding the publisher to allow prompt right of reply.

Media self-regulation is a joke.

Re: Groupthink at the ABC.
If anyone can find a ‘left’ leaning journalist at the ABC, I’d like to know about it!
The place is run by a former Liberal staffer, Mark Scott, who has quietly hired more right wing employees from all areas, than we have ever seen before.
What do these people want? An endless stream of the bolt report (lower case on purpose!) type programs? YUK!!

Sorry – should read ‘….employees in all areas’.