It's become the hobby du jour in Leftie ghettoes to hate on Sophie Mirabella as she struggles to hold her seat. Mirabella's crime? She is apparently annoying and unlikeable. Let's stop and think about that.

Liberal frontbencher Sophie Mirabella’s struggle to hold her seat at the federal election has spawned a cult of vitriol from many on the Left. It’s the hobby du jour in inner-city Melbourne to hate on Mirabella, and the prime target is her personality. A quick read of social media left me thinking: “imagine if she got terminal cancer. These people would be over the moon.”

Mirabella’s crime? She is, apparently, annoying and a bad person. She is a terrible woman. She did not help Simon Sheikh when he fainted on TV. And no — there’s not necessarily a great deal more to it than that.

Mirabella’s failure — the result is not final, but she may well lose her Victorian seat of Indi to charismatic independent Cathy McGowan on preferences — has been seized upon by the Left as a redemptive foil to all that’s gone wrong for Labor over the past six years. And there’s a lot. After six troubled years of ALP government, most of it plagued by leadership instability, capped off by a resounding election defeat, those sympathetic to the Left don’t have much to celebrate. Mirabella’s defeat, along with Adam Bandt’s win in the seat of Melbourne, is it. That’s two seats out of 226. It makes sense that lefties are crowing about Mirabella. There’s so little else to crow about.

For that crowing to take the form it has — intense dislike of someone’s personality — is demeaning, to Mirabella and to the haters.

Ironically, it’s similar behaviour to that displayed by people on the Right who so hated former prime minister Julia Gillard. Gillard was, in the eyes of some critics, an awful and annoying woman. She deserved to be hated. She had no children, a hairdresser boyfriend, and her fruit bowl was empty. Kick her out! Burn the witch!

So here’s a tip. If you railed against the treatment of Gillard, stop and think before you do the same thing to Mirabella.

Clearly Mirabella is not a popular MP, despite having quite a senior role as the opposition’s spokeswoman for Innovation, Industry and Science. While the Coalition nationally received a favourable 3.5% swing on the two-party-preferred, Mirabella’s vote went backwards by 7%. Is she loses Indi, it will be one of only two lower-house seats the Coalition lost in the election (the other being Fairfax, which looks likely to fall from the LNP to Clive Palmer). Mirabella was not seen as a strong local member. She is indeed towards the Right of her party (although if you think she was actually pushing the Coalition towards the right, you’re on the wrong track. You should be hating on others). And there is a bad smell around a relationship she had with an older man, Colin Howard — Mirabella ended up in dispute with Howard’s adult children over his estate. By all means, criticise her for all this. It’s fair game.

Criticise her policy statements. Fact check her arguments. Dispute her speeches. Attack the policies which she had carriage of as a frontbencher.

But for those who are lazily hating on her because of her personality, beware. You’re turning politics into a nasty, spiteful place where the latest witch is selected by Twitter and thrown onto the pyre. 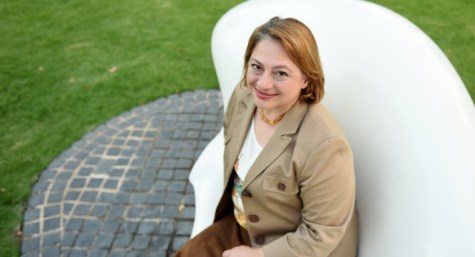