With Treasurer-elect Joe Hockey considering fiscal stimulus, it's time to revisit what he said about how pointless stimulus was four years ago in opposition. 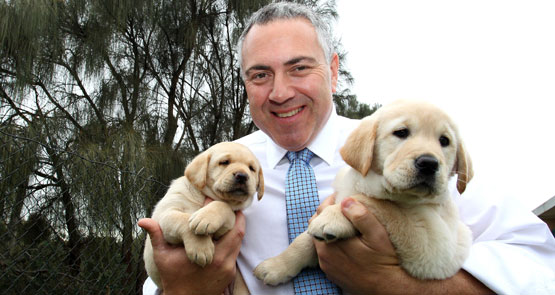 With incoming Treasurer Joe Hockey now publicly musing about providing fiscal stimulus to the economy out of concern about how weak it is, let’s look back at the Coalition’s best arguments against stimulus when Labor used it during the financial crisis …

A weak economy is no justification for spending.

In September 2009, the June quarter national accounts showed the Australian economy was growing at 0.6%. The budget in May that year had forecast unemployment to rise from 6% to 8.25%. In September, unemployment was at 5.8%. That was when then-shadow treasurer Joe Hockey said that the GDP numbers showed it was time “to pull back on the spending … to pull back on its massive spending program”.

“The proof today in the accounts,” Hockey explained, “is that the money being spent over the next four years by the Rudd government will be about politics and not about economics. The outcome today is proof positive that Australia is resilient and capable, and if we continue to spend money the way the Rudd government is, we will have higher taxes and higher interest rates. Today’s a warning bell for Mr Rudd.”

Australia’s most recent GDP growth rate is 0.6% and unemployment is now at 5.8% — just like when Hockey spoke. Unemployment is currently forecast to reach 6.25% next year, not 8.25%.

According to Hockey’s 2009 argument, it’s time to pull back on spending.

Borrowing for stimulus crowds out the private sector and drives up interest rates.

“It’s why I have been so resolute in my opposition to the reckless accumulation of debt by government,” said Hockey. “That debt is placing upward pressure on interest rates domestically and has an effect internationally, making it more difficult for enterprise”

Four years later, Commonwealth net debt:GDP has gone from negative when Hockey spoke to 11% of GDP. Under the crowding out thesis, this must mean interest rates have soared and business, as opposition finance spokesman Andrew Robb put it later, would be unable “to access finance for love or money”.

The RBA cash rate is currently 0.5 of a point below where it was when Hockey spoke in 2009. Small and big business lending rates have been falling for two years and according to the Reserve Bank are now equal to or lower than they were in 2009 at the depths of the financial crisis. As for crowding out, the RBA shows business investment even after the peak of the mining boom remains higher than in 2009, when Hockey warned business would be unable to access credit.

“It was the automatic economic stabiliser of the exchange rate and the work of the Reserve Bank which restarted our economy,” said Robb in 2012. Any other claim was a “deceit” that “has been used to justify borrowing and spending of $87 billion and more”.

In fact, it destroys jobs.

Both then-opposition leader Malcolm Turnbull and Hockey claimed in early 2009 that the Rudd government was in fact destroying jobs with its stimulus and bank deposit guarantee policies, although Hockey struggled to give an example when repeatedly asked for one by Leigh Sales.

At that point the number of employed people was 10.9 million. Two years later employment stood at 11.4 million, with the same (in fact, marginally higher) participation rate. Just under half a million jobs had been created in the period after Hockey spoke.

For that matter, low interest rates are more important than jobs.

The economy may well need some additional fiscal support in coming months. Hockey has already flagged the Coalition will not be aggressively cutting spending to return quickly to surplus and flagged that if stimulus is necessary, monetary policy is near the end of its capacity to provide it. That is, Hockey is going about the task of managing the economy sensibly.

Too bad that when Labor did the same, he could do nothing but attack it. Labor has every right to repay him in kind.

Incoherent nonsense from Abbott and co for 3 years.

This is going to be one of the few joys of an Abbott govt, watching them try to justify doing things which are inherently sensible but they have attacked for the last 4 years, things like running a defict, allowing debt to grow and good forbid stimulate the economy – and I can’t wait to hear the libs spruikers on this site reverse their position.

I know they are full of it, so do you. The Australian people don’t though and won’t we all suffer because of it.

There should be a regulation that says any politician who lies during an election campaign automatically loses pre-selection. Problem is that we would only end up with about 20 representatives. Too generous?

Having lived through the lies and half-truths from Hockey, Robb and Kormann for the last few years on the so-called crisis in our economy etc I don’t feel that I will ever be able to consider these people as a legitimate government. It was obvious that the only way they were able to achieve government was to completely fool the voting public