Public servants are sleeping with one eye open as they wait for the axe to fall on their jobs. Plus other political snippets of the day.

Public service departments have no time for new ideas. The delegates of the Community and Public Sector Union were manning the doors this morning as federal Health and Ageing Department public servants arrived for work to hear the scheduled announcement of a restructure that is to result in the abolition of some 400 jobs.

Those union delegates are sure to have a busy time as staff really start to worry about whether they will keep their jobs and if so, where they will be. And the concerns will soon spread, with evidence that Canberra’s public servants across all departments are too worried about whether their jobs will survive the new government’s cost-cutting measures to actually get much work done. As a local bank manager informed me at the weekend, it is a boom time for selling mortgage protection insurance to people worried about keeping their jobs.

The symbolism of a Prime Minister taking cheap lodgings in a police hostel and a Foreign Minister vetoing first-class international air travel and expensive hotel suites will be adding to the sense of foreboding rapidly spreading over the national capital. They are the kind of public relations gestures that governments make when they want to pretend that they are sharing in a necessary hardship, and public servants well know it. The grim times are coming.

A smooth and civil start. The contest for the Labor leadership has started in a restrained and quiet fashion that is likely to continue and thus prove the opponents of Kevin Rudd’s legacy quite wrong with their predictions of chaos. Giving a say to ordinary party members is a wonderful starting point for the rebuilding of Labor. More importantly the removal of spur-of-the-moment leadership coups will enforce a stability that was lacking during the last four years.

Melting from below. Scientists now have managed to measure the rate at which warm sea water is eating away the ice from underneath the floating portion of Antarctic glaciers. 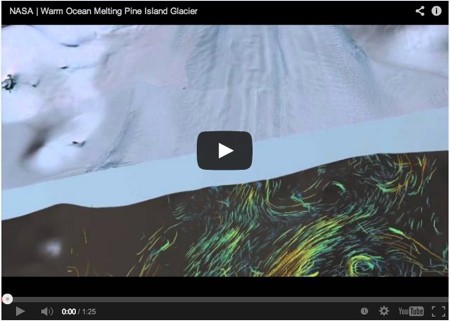 In a paper published in the journal Science on September 13, an international team led by NASA’s emeritus glaciologist Robert Bindschadler describes how at one of the study sites, halfway down the ice shelf, the melt rate was as high as 2.36 inches (six centimeters) per day.

A use for those pretty pandas. Pandas have been described as “nature’s couch potatoes“, as their lifestyle involves little more than sleeping and eating bamboo with a very occasional amorous interlude, but perhaps they might have a purpose other than being cute and cuddly after all. And the reason is all down to that eating. Pandas have the unique ability to liberate nutrients locked away in bamboo in tough substances known as cellulose and lignin. It’s a very energy-intensive process, as The Economist points out in its latest issue, that involves high temperatures and extreme pressures when carried out in a laboratory or by an industrial process. 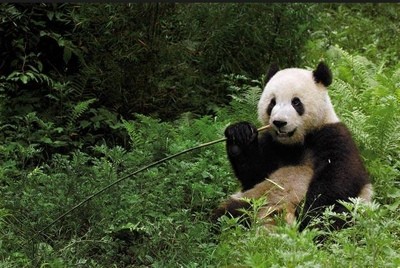 “Indeed, it is the cost of doing so that makes producing biofuel out of cellulose- and lignin-rich materials, like discarded corn (maize) cobs and husks, less financially viable than generating biofuel directly from more readily digestible corn kernels. The kernels, however, can be used to feed people whereas the cobs and husks cannot. So a process that is able efficiently to turn what is a waste product into fuel could have great potential.”

Ashli Brown of Mississippi State University turned to an examination of the faecal droppings of giant pandas to identify exactly what enzymes within which microbes performed the task and told  a national meeting of the American Chemical Society last week that she and her team had found 17 microbes with the ability to digest cellulose and six that looked like good candidates for digesting lignin.