Remember, the US Fed’s windback is not irreversible

With the first step in the Fed’s tightening process likely by the end of the week, markets can take comfort in the fact that policy will revert at the first sign of any shock. 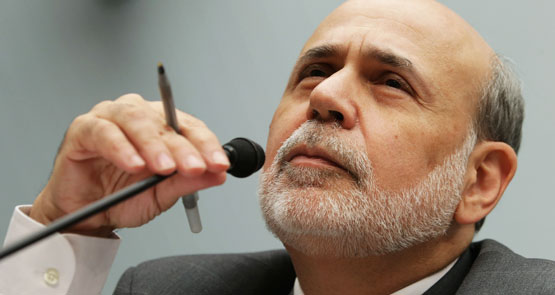 This week looks like it will mark the beginning of the end of the financial crisis as the US Federal Reserve meets to discuss the economy and monetary policy settings.

The Fed is likely to start the process of tightening monetary policy on Thursday morning, Australian time, as it takes the first baby step in the process of winding back the unprecedented stimulus that has been in place over recent years. That stimulus is in the form of near zero interest rates and an unprecedented level of money printing (purchasing bonds) which was designed to stabilise the banking sector, kick start economic and jobs growth and prevent deflation from taking hold.

The US is now registering decent growth, with private sector job creation rolling along and the unemployment rate falling. While inflation is very low, there is no evidence of deflation in the general economy. Asset prices are very strong, with the sharemarket near a record high and house prices rising at double-digit rates. This will boost wealth and confidence, support future growth and ensure deflation does not materialise.

Commonwealth Bank senior economist Joseph Capurso notes that when the Fed started the third round of quantitative easing in September 2012 the unemployment rate was 8.1%. The most recent data confirmed the unemployment rate at 7.3%, which is a clear sign unconventional monetary policy has worked. Over that time, US stocks have risen by almost 20% and bond yields have roughly doubled. The sharemarket seems to be digesting, with ease, the prospect of the phasing back of QE but is correctly pricing in higher bond yields and the Fed support for the market tapers off. The Fed would be delighted with this reaction.

Just over three months ago, Fed chairman Ben Bernanke flagged a scenario where monetary policy would be tightened (QE scaled back to be specific) if the economy remained robust and the unemployment rate fell. The market was skittish at the time with a couple of days of sharp falls in US stocks. Cynics noted that weak data was needed to keep stocks strong as it would ensure the pace of QE was maintained. Thankfully, this has not been the case with decent economic news being sustained.

Bernanke’s comments about phasing out QE were an interesting and probably deliberate test of market sentiment. Aside from the daily and weekly noise, the market has come through in sound shape.

The critical thing is that the markets now understand that if the policy tightening cycle is too strong, too early or if the economy stalls for whatever reason, the Fed will stop and possible unwind the tighter policy stance. Policy will revert back to super-easy if the path to the ending of QE delivers a market or economic shock. This is hugely comforting and is a critical reason why stocks remain robust.

Perhaps it is a stretch to suggest that the Fed is about to start a monetary tightening cycle — after all, it is still going to be buying bonds, albeit at a lesser rate, and the Fed funds rate is still effectively at zero and it will stay at zero for at least a couple more years. It might be more accurate to say that the scaling back of bond purchases is the start of the process of reducing the extreme amount of monetary policy stimulus in the economy and the Fed will not end QE until it is assured that the growth momentum in the economy is entrenched.

Either way, this week’s Fed decision will be a move towards normalising monetary policy. The current market consensus is that the bond buying program will come to an end around this time next year and that the first interest rate hike will be a year or two after that. This sort of scenario seems reasonable.

It will be a long road for the Fed but a march of 1000 policy miles begins with a single tightening step.

Why you think the sharemarket is about to crash, even if it isn’t