A late-period masterstroke from the ever prolific Woody Allen offers many things, including one of Cate Blanchett's finest performances.

In James L. Brooks’ 1997 romantic comedy As Good As It Gets, brilliant misanthropic author Melvin Udall (Jack Nicholson) is approached by a nervous doe-eyed fan who musters the courage to ask him how he writes women so well. The curmudgeon snaps back: “I think of a man. And I take away reason and accountability.”

Reason and accountability are not virtues common in the personalities of Woody Allen protagonists. They are colourful loose-lipped creatures who tend to be iterations of a single voice syndrome – that of neurotic foggy-minded people floundering about in prisons of their own anxiety.

In Blue Jasmine, a characteristically verbose Woody Allen drama given real oomph and humanity by a wide-ranging performance from Cate Blanchett, the prison is more of an asylum — a place where Allen-brand angst spills into something much more serious than mealy-mouthed shtick.

Jasmine (Blanchett) is a socialite accustomed to the spoils of high society, including a convenient marriage to Hal (Alec Baldwin). When a family/financial crisis sees her tumbling down the social ladder a class or two, Jasmine bottoms out and moves into her adopted sister Ginger’s San Francisco apartment where she struggles with money, anxiety, alcoholism and pills.

Blue Jasmine, which swings backwards and forwards in time with a melodic sense of ease, is about her trying to find a new life. Preferably one with a big house and a ring on her finger.

As Jasmine and her sister pin their hopes on new men, the film increasingly focuses on the real estate of relationships: attraction not just to a different person but a different way of life, and the vulnerabilities women in particular face in that journey.

Reason and accountability notwithstanding, Woody Allen writes women well. So well, in fact, the prolific 77-year-old (averaging an astounding one film a year) highlights the absurdity of those words, the idea that writing strong characters in cinema can be pegged down to biology or that a writer is constrained by gender.

The familiar “write what you know” mantra can be a catch-all for compromises and cop outs. Great character-based screenwriting of the kind exhibited in Blue Jasmine is a blueprint transferred from author to actor. The writer’s creation may be deeply personal, but it is nothing without a performer to turn words on a page into something living, breathing and tangible.

It may be hard to imagine Thelma and Louise as men or Rocky as a woman, but the truth is that virtually every great character in cinema could have been the opposite gender with a change in casting and context. Blanchett’s exquisite portrait of a woman adrift chips away at jewel-encrusted bourgeoisie and finds an unsettling common touch when the Persian rug is swiped from beneath her character’s feet.

Allen’s fluid approach to filmmaking allows him to play to his strengths, one of which is an understanding they aren’t his per se. Allen has never been precious with his “vision”; this is a man who dramatically readjusted the focus of Annie Hall (1977) when he realised the strength of Diane Keaton’s presence. The result was nothing short of genre-defining. 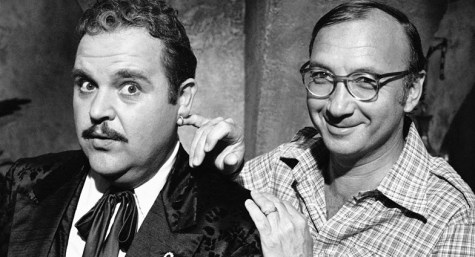 Farewell Neil Simon, and farewell to his certain way of doing comedy

Interview with Derek Cianfrance, director of <em>The Place Beyond the Pines</em>

Can a trailer completely spoil a movie? Putting it to the test