Coalition voters have suddenly changed their view of the Australian economy, courtesy of a change in government, today's Essential Report shows. 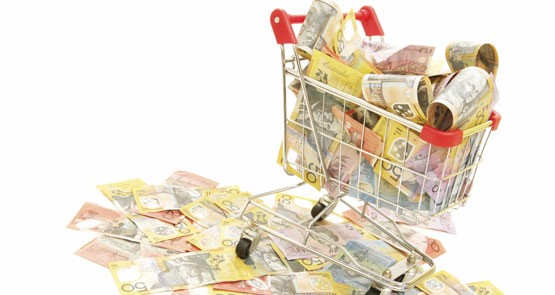 Australians are inclined to expect their own economic circumstances to deteriorate under an Abbott government but Liberal voters are already shedding their gloomy view of the economy and starting to see the bright side, new polling from Essential Research finds

Some 15% believe company profits will be “a lot better” under an Abbott government and 20% believe workers’ rights and conditions will be “a lot worse”. Around 22-35% believe their own financial situation will be worse.

The results run counter to the efforts of the Coalition’s media boosters to portray consumers as delighted with a Coalition win and ready to open their wallets again.

In short, if further evidence were needed, we can confirm voters’ view of the economy is strongly influenced by whether their preferred political party is in office.

Essential’s online poll of 1000-plus voters found 38% of respondents thought the election of minor parties like Clive Palmer’s organisation to the Senate was good for democracy, compared to 25% who didn’t, with Coalition voters much more likely to think it wasn’t good for democracy. They also think it will result in worse government — 44% to 32% of Coalition voters think it will lead to worse government; other voters tend to disagree.

Those numbers from the voters polled don’t even make any sense. Stupid people! They deserve all they get!!

I’m thinking this is 1 poll the ABC will ignore. Bless them

The lesson? Ignore economic reality, it’s all about perception.

What the average doofus thinks about how the economy is going is equivalent to polling the average man in the street on recent developments in quantum physics.

It’s pointless, other than for showing up inherent bias.

Worse than that is when we hear or read about people who are either successful business executives, high corporate priests and priestesses and opinion leaders when it is clear that they have no idea about some pretty fundamental ideas about the economy.

I’m thinking of Harold Mitchell’s columns in the smh each weekend. Mr Mitchell is the doyen of the advertising world, who unfortunately seems to know nothing about the economy.

So what chance the average doofus?

Blinded by hope – tripped by reality.